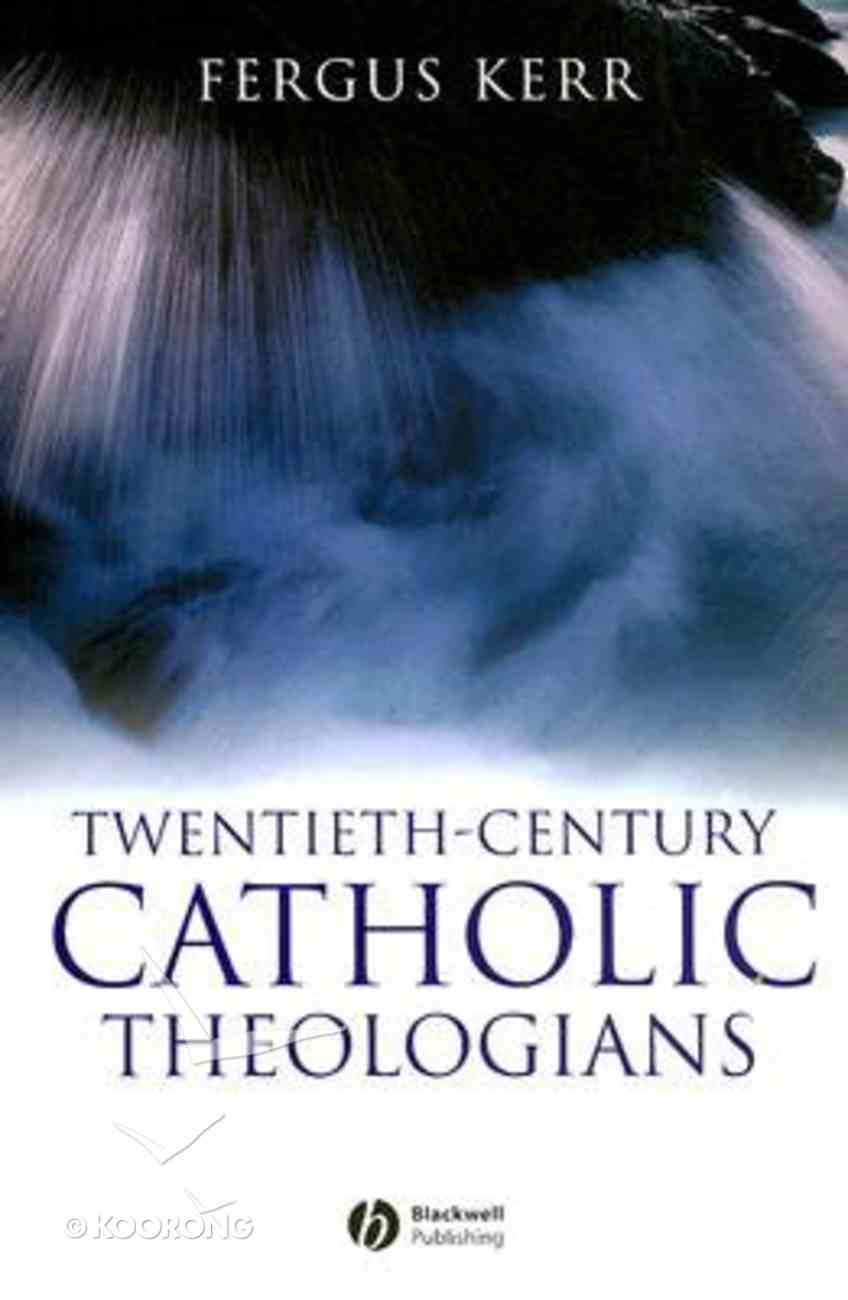 Kerr's style is lively and engaging. He places the theological issues that arise against biographical backgrounds that take into account power struggles within the Church and events in the wider world. (The Way, April 2009)"Kerr covers a range of important topics ... To read this wonderful book is to receive a first class introduction to Catholic theology in the twentieth century." (Modern Theology)"This is a superb introduction, inspiring for readers in every Christian tradition. Kerr is deft on the theology, and he includes personal details so that his theologians never become blank abstractions. And few theologians write prose as lively as Kerrs." TouchstoneKerr, a brilliantly erudite and elliptical Dominican theologian, is a deft guide to this vast and complex subject Riveting, insightful and astute. International Journal of Public Theology"Excellent It is difficult to think who could have provided us with a more authoritative and engaging account of this decisive century in the theology of the Western Church." New Directions"Kerr writes with a clarity and wit." Christian Century"A smartly done survey of the figures who reshaped Catholic theology before, during, and after the Second Vatican Council." First ThingsA vivid and informative volume, exploring the sometimes turbulent life, work, and legacy of the twentieth centurys most important Catholic theologians. Theological Book Review"With characteristic lucidity and insight, Fergus Kerr narrates the story of twentieth-century Catholic theology. This illuminating and compelling account will surely be appreciated by a wide ecumenical readership." David Fergusson, University of Edinburgh"An engaging biblio-biographical study designed to show the critical influence of ten theologians in transforming twentieth-century Catholicism. Kerr's keen sense for trajectories reveals how startling has been the transformation more than half had been disciplined by Vatican authorities. In the face of these lives, no one will ever be able to doubt the potential for intellectual regeneration, while the rich perspective they offer may also help defuse trivial tensions exacerbated by needless ideological polarization. This narrative of theology-in-action is meant for literate faithful as well as pastoral workers from acolyte to bishop." David Burrell, University of Notre Dame"Kerr, with his usual oblique fluency, miraculously manages to include an attention to nuance and telling detail within a short general account that is unerringly focussed on what, in the previous century of Catholic thought, is still likely to matter in the current one. This volume will surely become the standard introduction to its subject matter." John Milbank, University of Nottingham"This volume offers analysis of some of the most significant theologians of the last hundred years by a theologian widely regarded as the most knowledgeable and insightful academic in the field. Simply invaluable." Alan Torrance, St. Andrews UniversityFergus Kerrhas a reputation for fair-mindedness and scholarly precision. Kerr encourages us to recognize that different theological movements can coexist within the church. Commonweal Magazine"A well researched book that is beautifully written and will appeal to the undergraduate, postgraduate and scholars of theology." Expository Times
-Publisher

Fergus Kerr, a member of the Order of Preachers and a Fellow of the Royal Society of Edinburgh, holds an honorary fellowship in the School of Divinity at the University of Edinburgh. He is the editor of "New Blackfriars," the periodical of the English Dominicans. His previous publications include "After Aquinas: Versions of Thomism ("Blackwell, 2002).