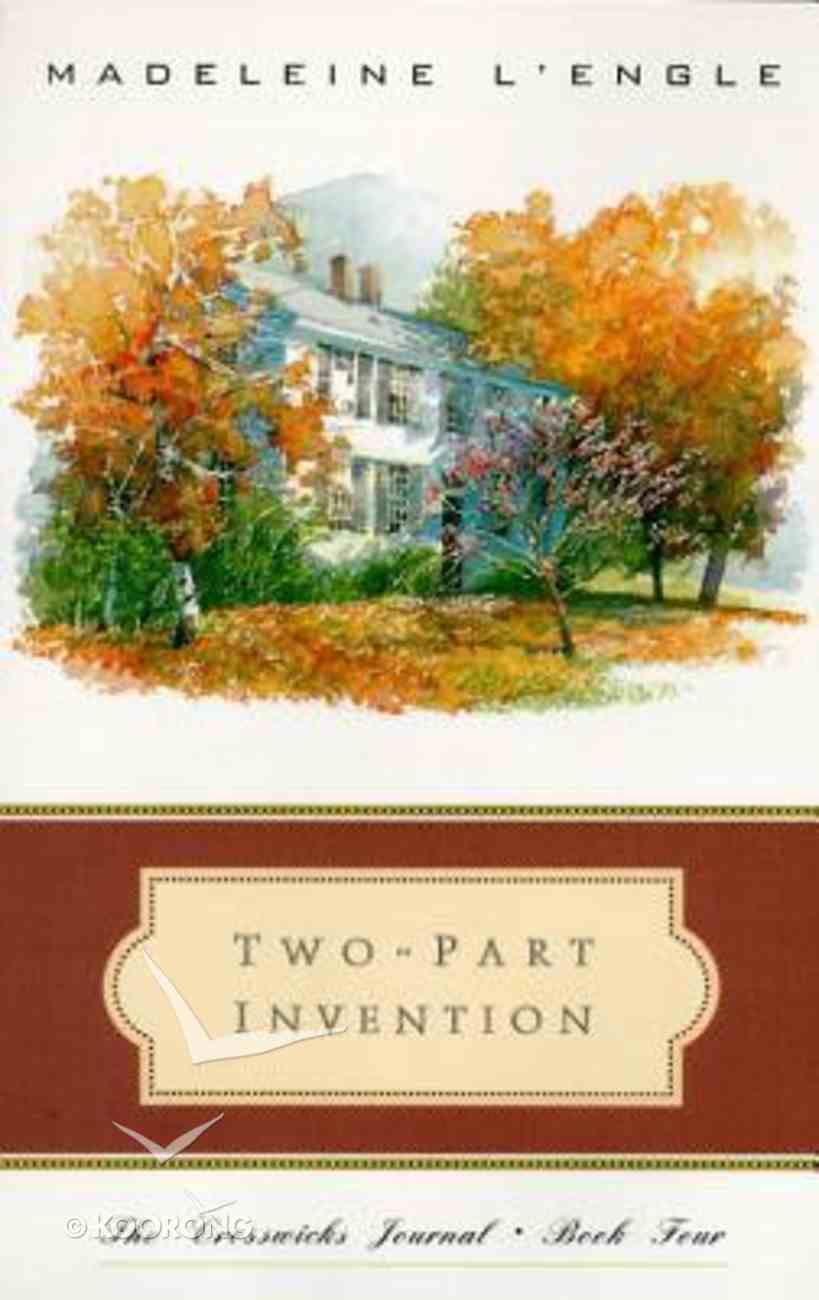 Chapter One Crosswicks is a typical New England farmhouse, built sometime in the middle of the eighteenth century, so it is well over two hundred years old. Its square central section has been added to haphazardly over the years, white...

Us Against the World: Our Secrets to Love, Marriage, and Family
David Mann, Tamela Mann, Shaun Sanders
Paperback

Katharina and Martin Luther: The Radical Marriage of a Runaway Nun and a Renegade Monk
Michelle Derusha
Paperback

Chapter One Crosswicks is a typical New England farmhouse, built sometime in the middle of the eighteenth century, so it is well over two hundred years old. Its square central section has been added to haphazardly over the years, white clapboard somehow tying it all together, so that the house rambles pleasantly and crookedly. A dropped ball will roll right to the central chimneys, and the bookcases we've built in are masterpieces of non-alignment.Crosswicks is a symbol for me of family and community life, of marriage in general and my own marriage in particular. It stands staunchly on the crest of one of the Litchfield hills in the northwest corner of Connecticut and through the centuries has withstood the batterings, of many storms -- blizzards, hurricanes, even a tornado -- of love, anger, birth, death, tears, laughter.Perhaps it is a particularly potent symbol for me because, until the house came to us over forty years ago, I had never lived in a real house, much less had one of m
-Publisher

Madeleine L'Engle reveals what life was like during her forty-year marriage to actor Hugh Franklin. She details their lean years when she was a fledgling writer and he a struggling actor, and their struggle with Hugh's cancer and his subsequent death.
-Publisher

Madeline L'Engle, the popular author of many books for children and adults, has interspersed her writing and teaching career with raising three children, maintaining an apartment in New York and a farmhouse of charming confusion which is called "Crosswicks."