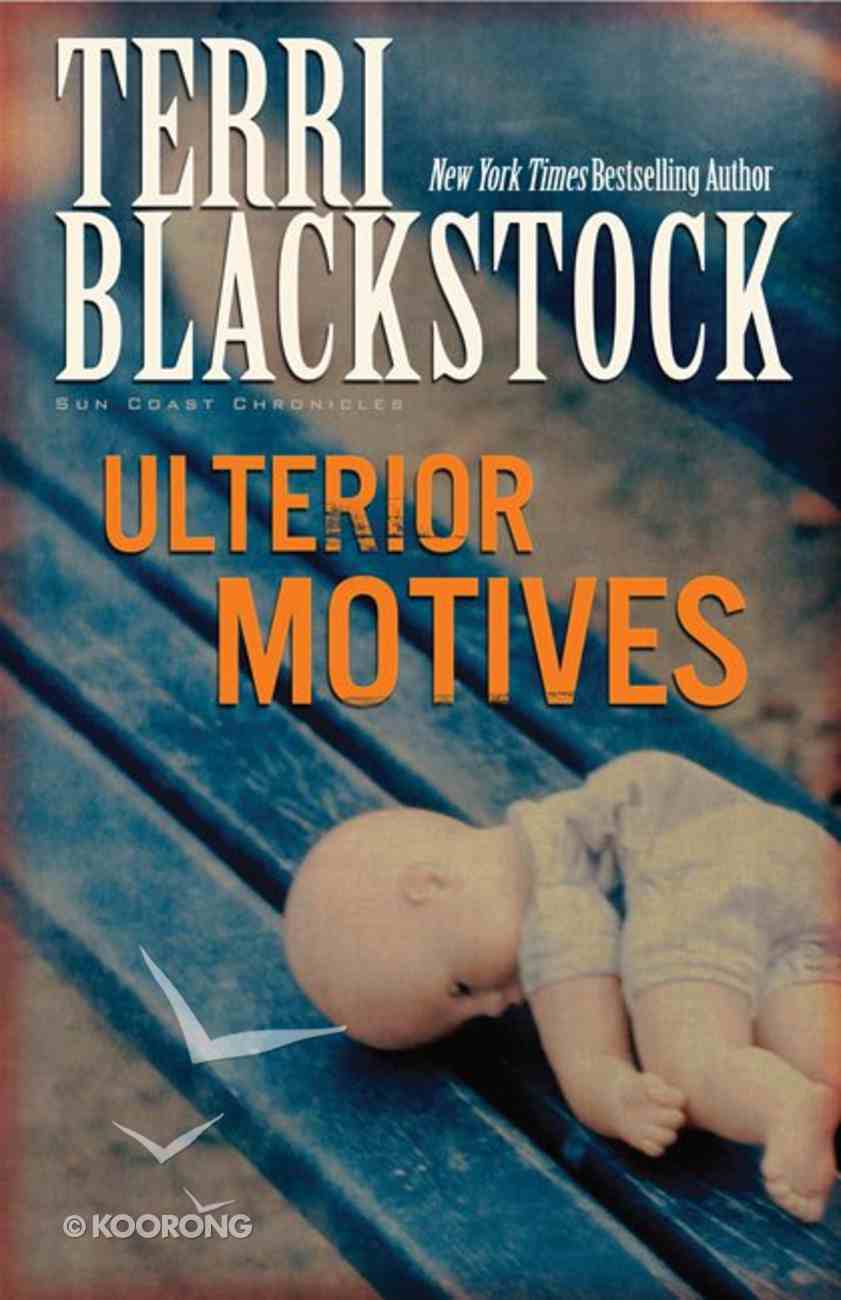 The police think he killed someone. He swears he's innocent. All she knows for certain is his crime against her.Louis Dubose, international art dealer, has been murdered. The police are certain they've got their man. Recently fired by Dubose, Ben...

The police think he killed someone. He swears he's innocent. All she knows for certain is his crime against her.Louis Dubose, international art dealer, has been murdered. The police are certain they've got their man. Recently fired by Dubose, Ben Robinson has a motive backed by a convincing trail of evidence.Except that one person isn't convinced--someone who knows Ben well. Knows that he's quite capable of trashing human lives but not of taking them. Now that person is about to gamble her own well-being on his innocence . . . when her personal indictment against him may be almost as bitter as murder.The question is, does Sharon Robinson know Ben as well as she thinks she does? Two small kidnapping victims hold the answer--and time to save their lives is running out.Ulterior Motives is more than just a superbly crafted suspense novel. It's a wrenching portrayal of the cost of forgiveness, of innocence and faith pitted against monstrous evil, and of skepticism's journey to the cross of
-Publisher

Chapter One He had never killed before, but it hadn't been as difficult as he'd imagined. It was a simple thing, really. The element of surprise, along with the right weapon and the adrenaline pumping through him in amazing jolts, had made it all happen rather quickly. There had been no noise, no hopeless pleading for mercy. He hadn't even had to look in his friend's eyes as he'd pulled the trigger. With one foot on either side of the body, he bent down and probed his victim's pockets with his gloved hands. Loose change spilled out onto the floor, along with a set of keys. He took the keys and stepped away from the body, leaving it where it had dropped. Hurrying up the stairs of the elegant art gallery the walls accented with paintings from known and unknown artists he reached the office. The door was locked, and he fumbled for the right key and opened it. The pungent scent of paint dominated the small studio, along with the smell of mineral oil. Canvases lay propped against the wall in varying stages of progress; in the back corner sat several framed paintings waiting to be exhibited downstairs and possibly sold. Some old, cracked, and damaged paintings by well-known artists sat in stretchers awaiting restoration so that they could be sold at European auctions for thousands of dollars. But none of these things were what interested him. On the other side of the studio was another door, and he unlocked it and went in. It was the office from which Dubose, who now lay dead on the floor of the gallery, had conducted his business with important clients, and as always, it was immaculate and tasteful, with antique Chippendale chairs in the corners and a Louis XIV desk at the center of the room, a throne-like leather chair behind it. On the polished desk sat a small banker's lamp, a desk diary, a Rolodex, and a calculator. Behind it, on the lavish credenza, was an eight-volume set of the Dictionary of Painters and Sculptors, widely known in art circles as the definitive resource on lost and stolen art across the world. He pulled the chain on the lamp, lighting a circle beneath it, then opened the desk diary and turned to this week. There it was, written beneath tomorrow's date the name and number of the man Dubose had kept so secret. The man Dubose was to have met with tomorrow. He tore off the page, folded it neatly, and slid it into his coat pocket. Tomorrow he would contact the man and take over the deal himself. He needed only one thing more, and he knew exactly where to find it. He unlocked the small doorway at the rear of Dubose's office that led up to the attic. He turned on the yellow lights that lit the top floor of the building. Slowly, carefully, he made his way up the stairs. The attic smelled of dust, and the floor creaked beneath his feet as he stepped between boxes, over stacked antique frames, past discarded sculptures and paintings. What he wanted was in a corner of the attic in a long wooden box built into the top corner, in which Dubose had stored what they'd worked together to hide for so many years. He opened the panel and reached inside. It was gone. Shock and fear made his heart race, his skin turn cold. He pulled a box over to step up and look inside. The compartment was empty. Rage exploded like lava inside him, and he whirled around, scanning the contents of the attic. Where could it be? He sank to the dusty planks beneath him and slid his gloved hands through his hair. Someone had taken it. But who? Had Dubose realized that he was going to be double-crossed by his partner? Surely not; he'd played it too carefully. Dubose hadn't known what was coming. He felt himself growing dizzy with fury as he rose. He steadied himself on the rail as he made his way back down the stairs, through the office and studio and back down to the gallery. The body still lay facedown in a pool of blood. He had acted too quickly, he thought. He should have made sure he had what he wanted before he pulled the trigger. Now it was too late for Dubose to tell him where it was. He would have to figure it out for himself. Already, he had a good idea, and he would find it no matter what it required. It was his, and he had earned it. No one else was going to reap the profits of his labor. He didn't care who else had to die.