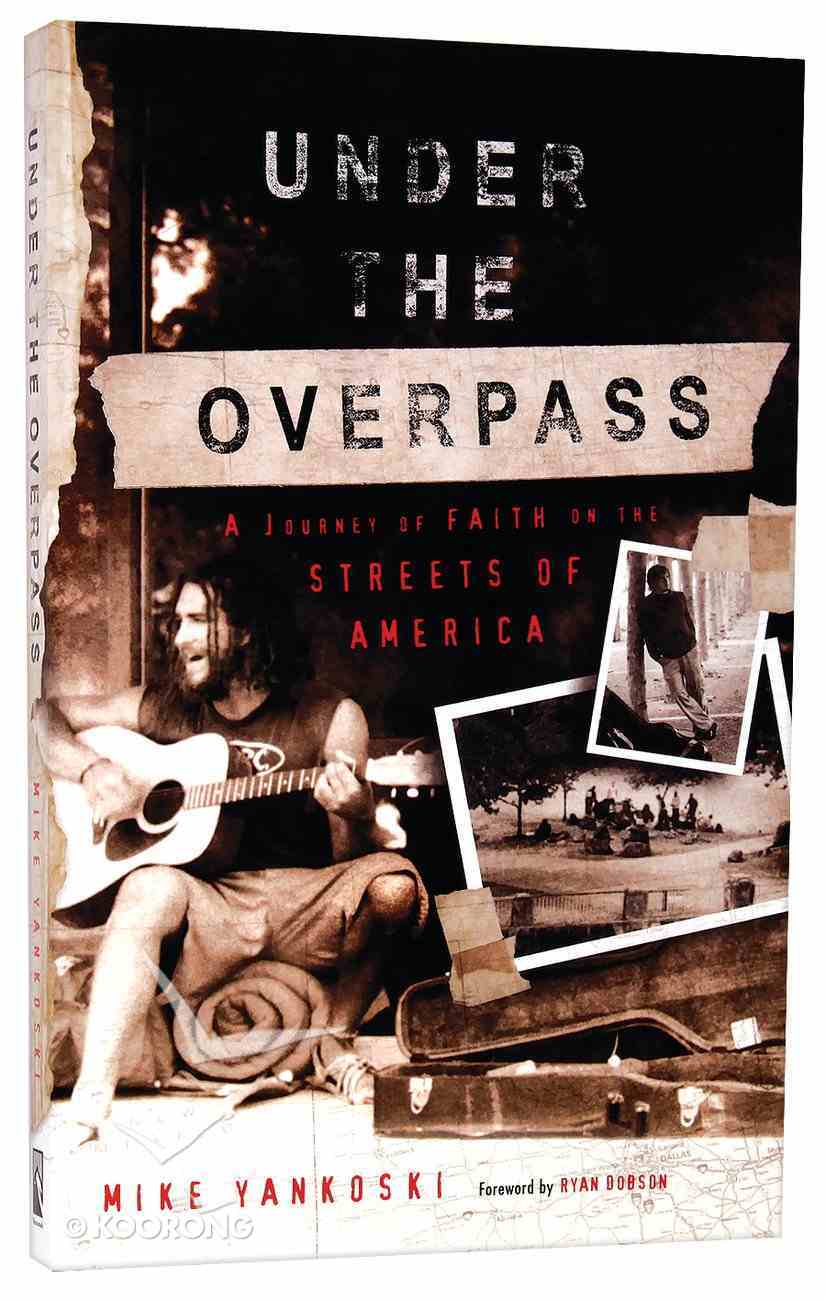 After meals from garbage cans and dumpsters, night after night Mike and Sam found their beds under bridges and on the streets. They were forced to depend on the generosity and kindness of strangers as they panhandled to sustain their...

A Walk in Our Cleats: 25 Athletes Who Never Gave Up
Steven Johnson, Paul Cartwright
Hardback

The If in Life: How to Get Off Life's Sidelines and Become Your Best Self
Rashad Jennings, Michael Strahan
Paperback

After meals from garbage cans and dumpsters, night after night Mike and Sam found their beds under bridges and on the streets. They were forced to depend on the generosity and kindness of strangers as they panhandled to sustain their existence. For more than five months, the pair experienced firsthand the extreme pains of hunger, the constant uncertainty and danger of living on the streets, exhaustion, depression, and social rejection - and all of this by their own choice. This is their story. Through Mike's firsthand account, Under the Overpass provides important insight into the truths of the street and calls the younger generation of believers to take great risks of faith to bring Christ's love to the neediest corners of the world.

Mike Yankoski's life went from upper-middle class plush to scum-of-the-earth repulsive overnight. By his own choice. From the United States capital to San Diego, Mike and his travelling companion, Sam, journeyed as homeless men for five months. Not for a project or even in response to a dare. He needed to know if his faith in God was real - if he could actually be the Christian he said he was apart from the comforts he'd always known. So with only a bag on his back, a guitar in his hand, and Sam by his side, he set out. And like any traveller in a foreign land, he returned a different man. Mike's unusual, captivating, and challenging story will rock your own world...perhaps even change your life.

Mike and Sam found their beds under bridges and received handouts from strangers for five months . . . by their own choice. Yankoski gives a firsthand account of their story, providing insight into the reality of street life.
-Publisher

Ever Wonder What it Would Be Like to Live Homeless?

Mike Yankoski did more than just wonder. By his own choice, Mike's life went from upper-middle class plush to scum-of-the-earth repulsive overnight. With only a backpack, a sleeping bag and a guitar, Mike and his traveling companion, Sam, set out to experience life on the streets in six different cities—from Washington D.C. to San Diego— and they put themselves to the test.
For more than five months the pair experienced firsthand the extreme pains of hunger, the constant uncertainty and danger of living on the streets, exhaustion, depression, and social rejection—and all of this by their own choice. They wanted to find out if their faith was real, if they could actually be the Christians they said they were apart from the comforts they’d always known…to discover first hand what it means to be homeless in America.
Mike and Sam's story is gritty, challenging, and utterly captivating. What you encounter in these pages will radically alter how you see your world—and may even change your life.

Mike and Danae Yankoski live in the Pacific Northwest with their dog, Elliott. Their passions include backpacking, hiking, running, tea, growing veggies, good books, and substantive conversation. Mike is the author of Under the Overpass and Danae is the co-author with Francis Chan of Crazy Love and The Forgotten God. Recently they have written together Zealous Love: A Practical Guide to Social Justice.

FOREWORD TO THE UPDATED AND EXPANDED EDITION
by Francis Chan


I would like to write a few words about Mike Yankoski, and then I’ll give some thoughts about his book. . . I am a very
skeptical person, and I struggle with cynicism. Like most people, I have heard so many lies that now I have a hard time trusting. I even struggle when reading a good book, because in the back of my mind I’m wondering if the person who wrote it is for real.
So what is it about Mike that inclines me to trust him? The sacrifices he has made.
Sacrifice promotes believability.
The apostle Paul defended his ministry in 2 Corinthians 11 with a list of hardships he endured. It was his suffering for the sake of the gospel that gave credence to his message. Paul showed that he genuinely believed what he taught. Why else would he suffer as he did? His argument in 1 Corinthians 15 is similar as he explains the foolishness of his lifestyle if the gospel isn’t true.
While there are many who say they live for eternity, Mike and his wife, Danae, are among the few I actually believe. Their actions have shown me that I can trust them. You can too.
Now about the book. . .
I was warned when entering seminary that if I was not careful, a dangerous habit could form: I could learn to read
the Bible and do nothing in response. I still remember our seminary president warning us that study to the neglect of
action becomes easier and easier with each occurrence. We should be terrified if we have mastered the art of becoming convicted and doing nothing in response. Don’t read Mike’s book if you’re not willing to change your attitude and actions toward the homeless.
As a person who considers himself sensitive to the needs of the rejected in our country, I learned from this book that I still have a ways to go. I look forward to seeing the changes God will bring about in my life because of it.
Mike shows much grace in pointing out weaknesses our churches may have in caring for the poor. It is embarrassing
to admit, but I have often struggled with pride when encountering the homeless. I can’t say that I usually see them as having equal worth with me, much less consider them as “better” than myself (Philippians 2:3). Like many, I have found myself at times working to avoid rather than seeking to engage.
Far from condemning, this book actually causes me to look forward to my next encounter with those living on the
streets. I believe it will do the same for you. As I followed Mike’s journey and tried to put myself in his shoes, it caused me to love Jesus more. As I thought of what a struggle it would be for me to leave my comforts, it stirred a greater adoration toward my Savior, who emptied Himself to dwell with us.

This is how we know what love is: Jesus Christ laid
down his life for us. And we ought to lay down our
lives for our brothers. If anyone has material possessions
and sees his brother in need but has no pity on
him, how can the love of God be in him? Dear children,
let us not love with words or tongue but with
actions and in truth. (1 John 3:16–18)

I pray that the story of Mike and Sam’s five-month journey causes you to eagerly anticipate your next encounter with a homeless man or woman, created in the image of God.   —FRANCIS CHAN

A Walk in Our Cleats: 25 Athletes Who Never Gave Up
Steven Johnson, Paul Cartwright
Hardback