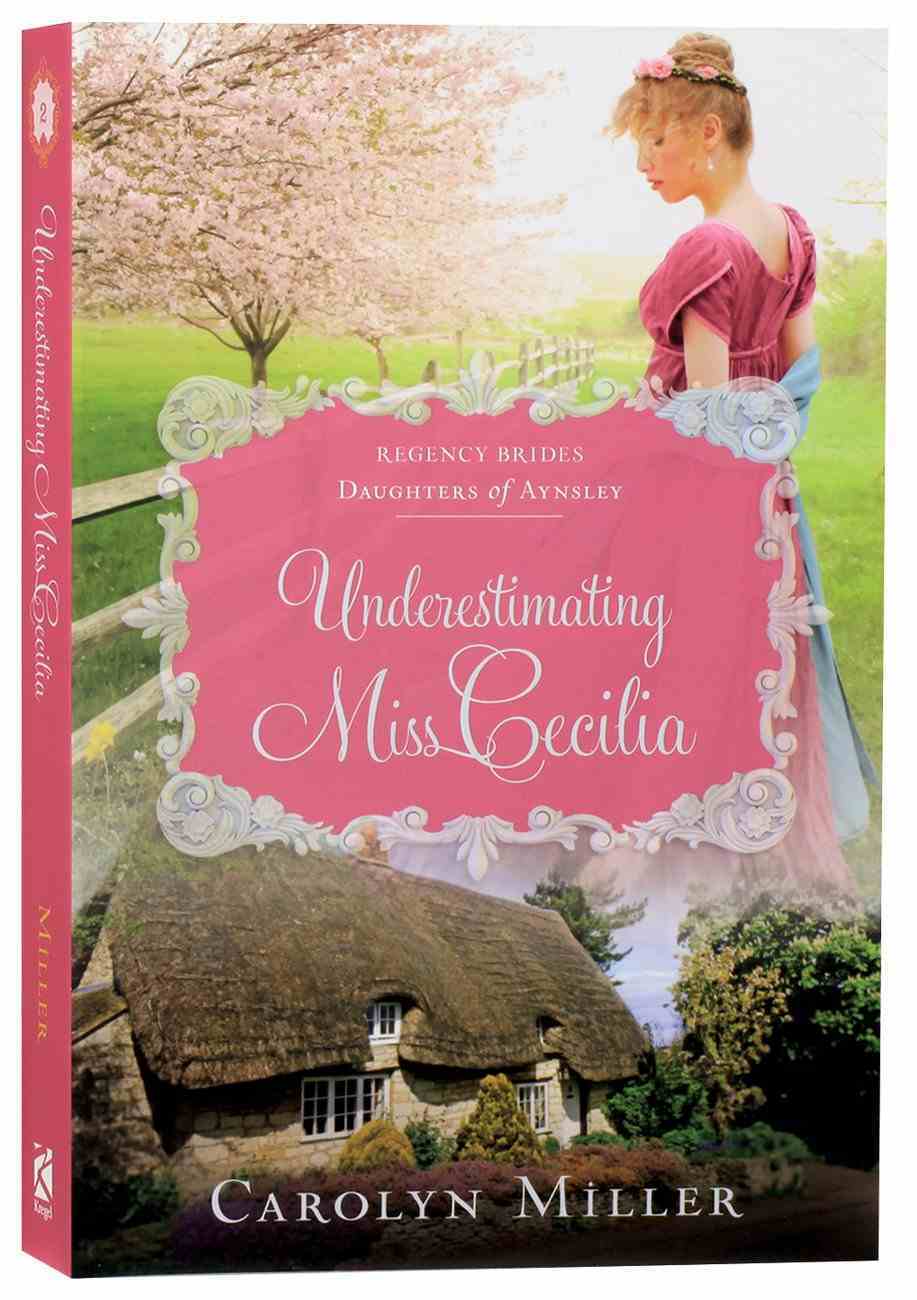 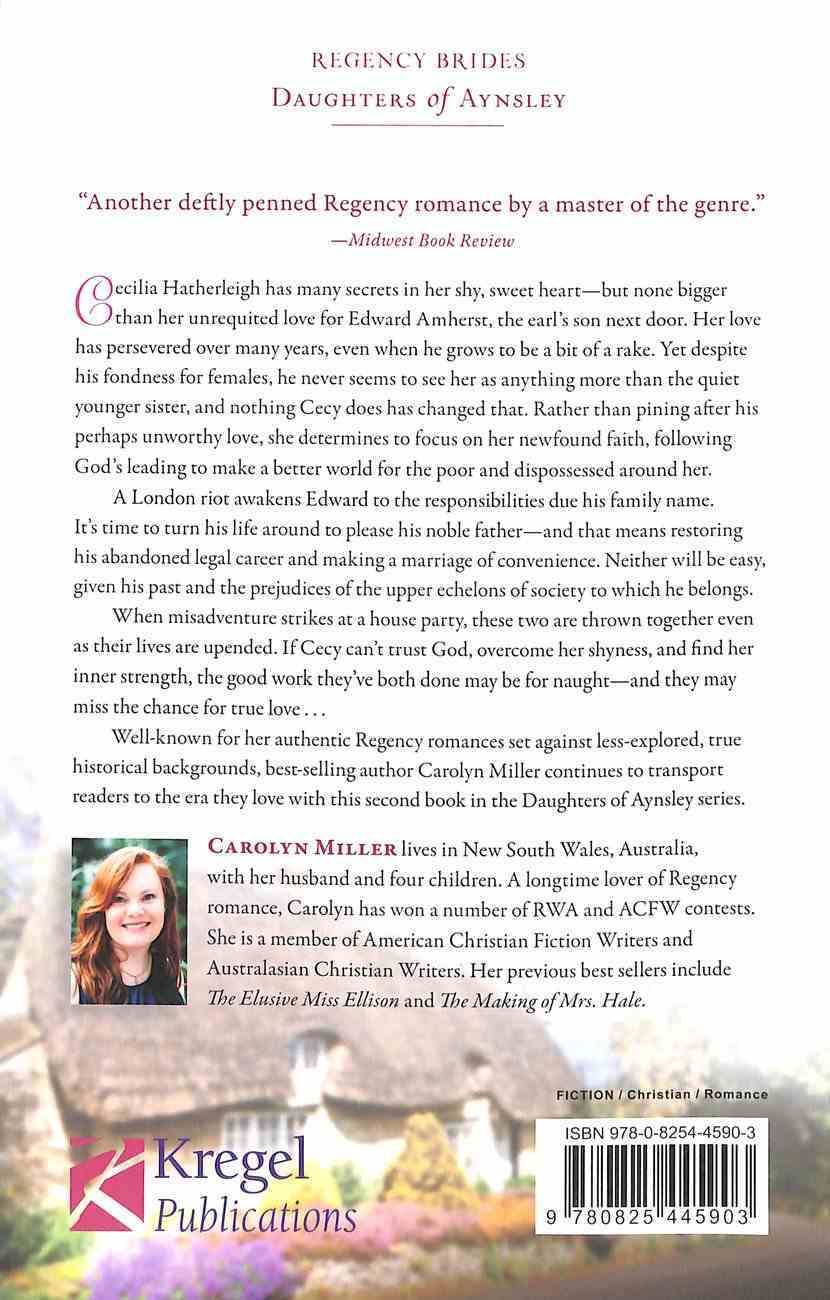 Cecilia Hatherleigh has many secrets in her shy, sweet heart--but none bigger than her unrequited love for Edward Amherst, the earl's son next door. Her love has persevered over many years, even when he grows to be a bit of...

Cecilia Hatherleigh has many secrets in her shy, sweet heart--but none bigger than her unrequited love for Edward Amherst, the earl's son next door. Her love has persevered over many years, even when he grows to be a bit of a rake. Yet despite his fondness for females, he never seems to see her as anything more than the quiet younger sister, and nothing Cecy does has changed that. Rather than pining after his perhaps unworthy love, she decides to turn her focus toward living out her newly found faith. Now she's determined to follow God's leading to make a better world for the poor and dispossessed around her.

A London riot awakens Edward to the responsibilities due his family name. It's time to turn his life around to please his noble father--and that means restoring his abandoned legal career and making a marriage of convenience. Neither will be easy, given his past and the prejudices of the upper echelons of society to which he belongs.

When misadventure strikes at a house party, these two are thrown together even as their lives are upended. If Cecy can't trust God, overcome her shyness, and find her inner strength, the good work they've both done may be for naught--and neither will ever find true love . . .

Well known for her authentic Regency romances set against less-explored, true historical backgrounds, best-selling author Carolyn Miller continues her newest series with a clean, wholesome tale sure to please her many fans.

:Shy, sweet Cecilia Hatherleigh has always been in love with Edward Amherst, the boy next door. Yet he's never seen her as anything but the quiet girl in the background as he flirts with the other vivacious women of the ton.

When a near tragedy brings Edward's attention to his family duties, this prodigal son decides he needs to settle down with a proper wife. Cecilia hopes to convince him to choose her--but God may want her to forget the wayward nobleman and put her future in His hands alone.

These two try to find their way toward happiness, but prejudice, political riots, and the changing face of England's societal structures begin to block them at every turn. Can their struggles turn to triumph--or will their paths permanently diverge?
-Publisher