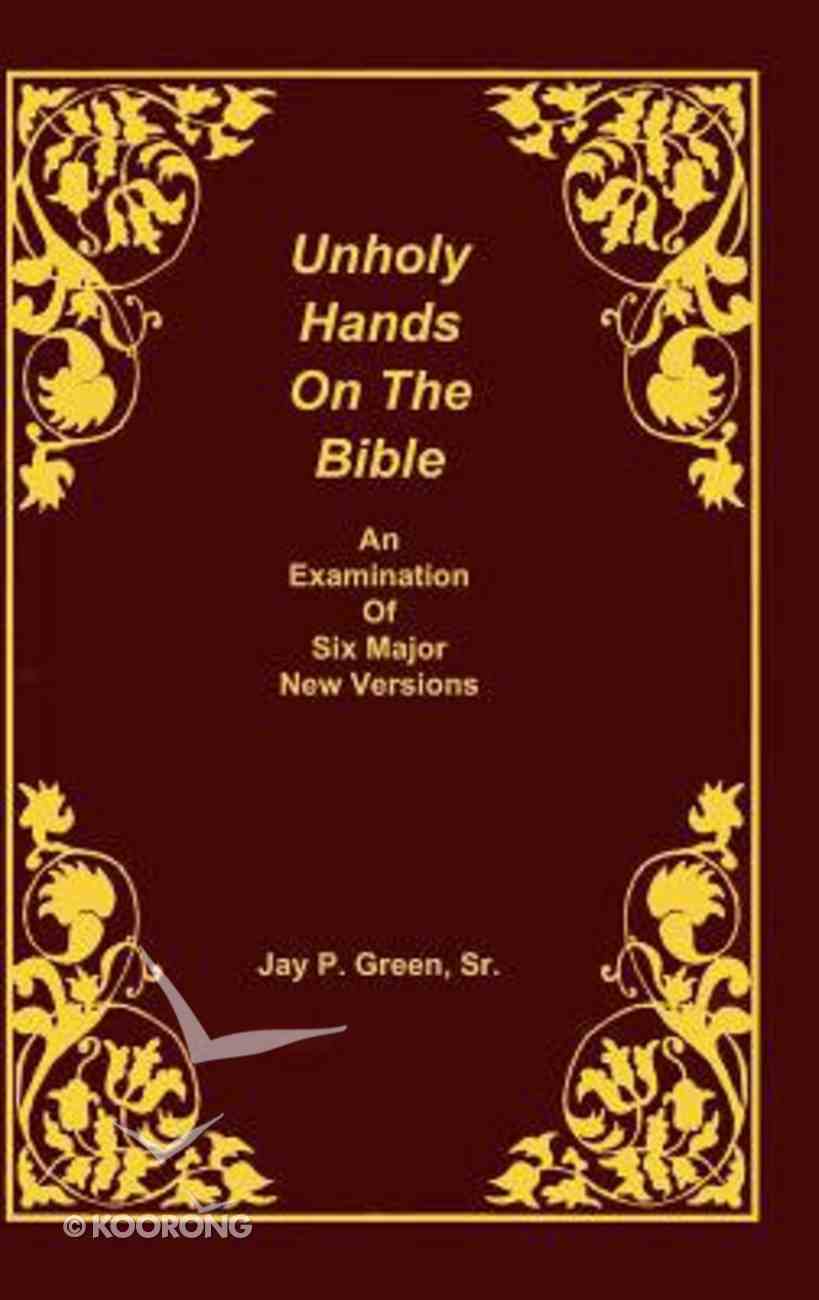 Unholy Hands on the Bible (Vol 2)

UNHOLY HANDS ON THE BIBLE, Volume II, an in-depth comparison of six major versions: NIV, NASB, NRSV, NEB, GNB, NAB, with 300 verses side by side, plus hundreds of other observations on individual versions. Contradictions between the versions highlighted, &...

This is an examination of six major new versions, the New International Version, (NIV); New American Standard Bible, (NASB); New Revised Standard Version, (NRSV); Revised English Bible, (REB); Good News Bible, (GNB); and the New American Bible, (NAB). It includes: 1) The textual basis of the above new versions; 2) 379 New Testament verses in which the above new versions are compared with the Greek of the Received Text, and the weak evidence that is back of their adulterations; 3) a 200-page examination of the New International Version (NIV) shows that they have added over 100,000 of their own words, and have failed to translate over 20,000 of the original words; 4) a separate examination of the New American Standard Bible (NASB). There are 8 appendices, including a thorough critique of Kurt Aland's Text of the New Testament. Get acquainted with the facts, for God is going to look to you to warn his people that these new versions are adulterated with many of the heresies of the Gnostic
-Publisher