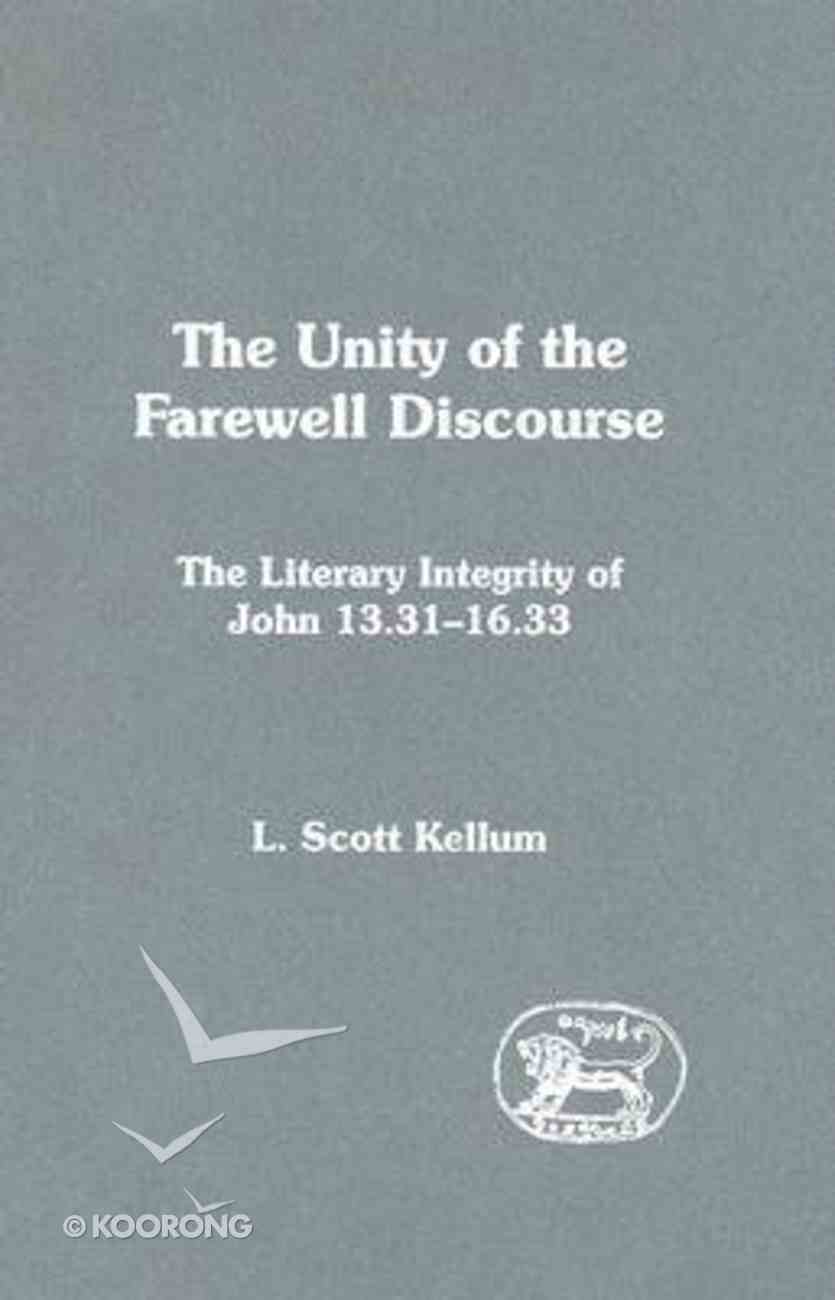 The book is, primarily, a linguistic investigation into the possibility that the Johannine farewell discourse is the product of multiple hands. Chapter 1 examines the history of the problem. Chapter 2 contains an examination of the stylistic unity of the...

The Pentateuch
Thomas B Dozeman
eBook

The Jesus of the Gospels
Michael Eaton
Paperback

The Authenticity of the Gospels
Peter L P Simpson
eBook

The book is, primarily, a linguistic investigation into the possibility that the Johannine farewell discourse is the product of multiple hands. Chapter 1 examines the history of the problem. Chapter 2 contains an examination of the stylistic unity of the farewell discourse and John 14*31-16*33 is examined for specific literary style markers. All the style tests show that the major divisions of the farewell discourse are consistent with the style evident in the rest of the Gospel. Chapter 3 contains an investigation of the structure of the farewell discourse. The text is tested for structural unity, textual prominence, and coherence. The results show that the discourse holds together quite well in structure, peak, and cohesion.;Chapter 4, therefore, returns to the issue of the magnus reus (Latin for the great litigant). The difficulty presented by 14*31, (ultimately, the major reason for identifying editorial activity) is investigated in terms of the assumptions current among source critics. Upon a closer examination, these assumptions are shown to be unlikely based on the conventions of ancient literature and the literary conventions of participant movement in the rest of the Fourth Gospel. The conclusion reached in this work is that the farewell discourse should be considered a unity. Journal for the Study of the New Testament Supplement Series, 256.
-Publisher

The book is, primarily, a linguistic investigation into the possibility that the Johannine farewell discourse is the product of multiple hands. L. Scott Kellum uses the latest linguistic tools and applies them to the very old question of unity. In doing so, he accesses a large portion of Continental scholarship that is currently unavailable to English speakers. He concludes, on linguistic and literary grounds, that John 13:3116:33 (the so-called farewell discourse) was written by one man at, essentially, one time.
-Publisher