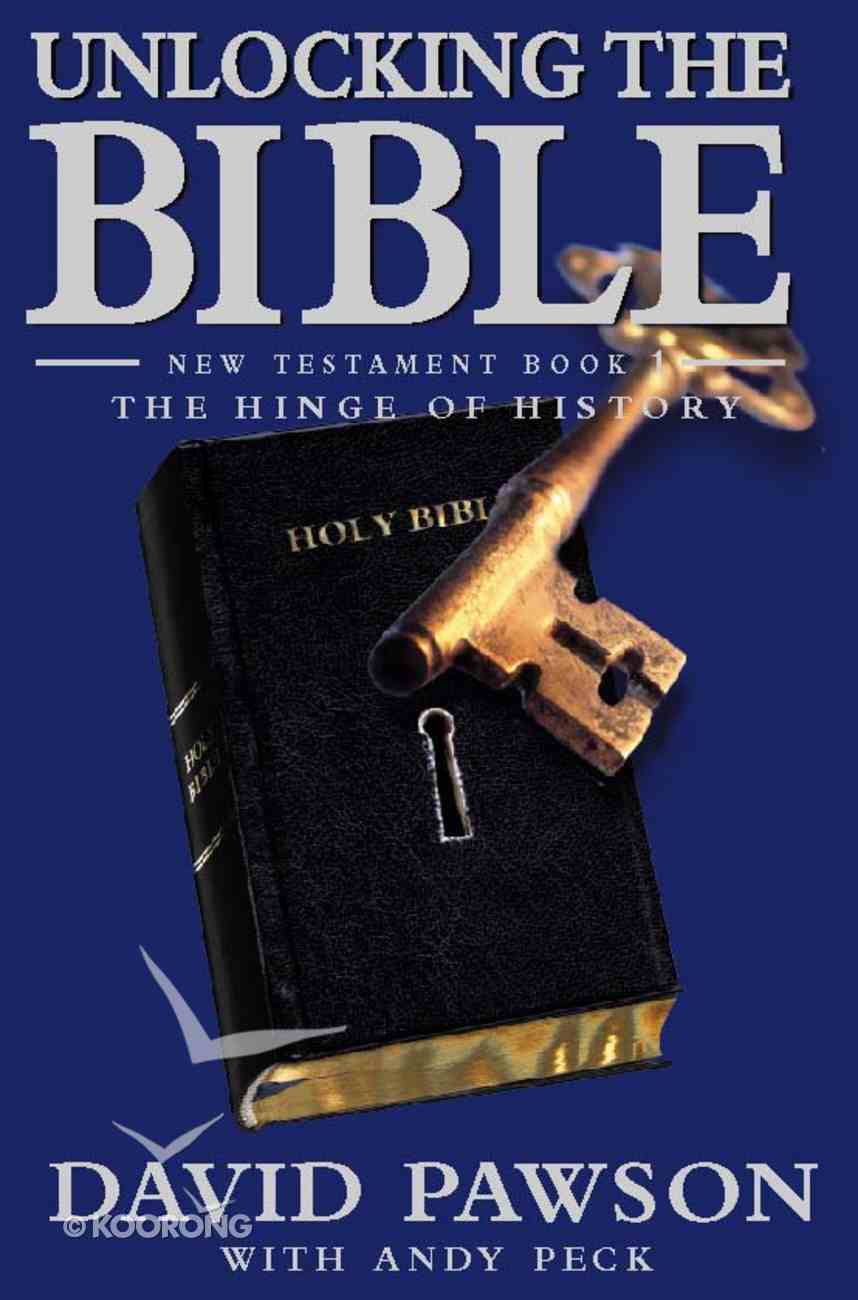 Unlocking the Bible NT #01: The Hinge of History

Unlike verse-by-verse commentaries, this series sets out the epic story of God and his people. The culture, historical background and people are introduced and the teaching applied to the modern world. THE HINGE OF HISTORY unfolds the 'Jesus' story. 151...

Unlike verse-by-verse commentaries, this series sets out the epic story of God and his people. The culture, historical background and people are introduced and the teaching applied to the modern world. THE HINGE OF HISTORY unfolds the 'Jesus' story. 151 pages, from Marshall Pickering

Now almost 70 years old, David Pawson is one of the few leaders of the Church who has preached his way systematically through the entire Bible.;Previously only available on video, his teaching has been in demand throughout the world including Australia and New Zealand. For the first time his work has been put into book form to make it even more widely available.;For those who remember the pioneering work of William Barclay in the 1960s, this new series will again open up the Bible to a new generation.
-Publisher

Now almost 70 years old, David Pawson is one of the few church leaders who has preached his way systematically through the entire Bible. This is one of a set of books containing his sought-after teachings.
-Publisher

This new series opens up the world of the Bible in a fresh & meaningful way. Rather than studying each book, verse by verse, the series focuses on the central themes, bringing the books of the Bible to life as it explores their deeper meanings. The culture, historical background, & figures of the Bible are all clearly introduced & teachings are applied to the modern world.
-Publisher

Andy Peck is a writer, trainer and Bible teacher who has worked with student groups and churches in the south of England and spent seven years as an editor with Christianity magazine. A tutor at CWR, he hosts the 'Leadership File' on Premier Christian Radio. He lives in Surrey with his wife Nic and is a keen follower of golf and Everton FC.

Born in England in 1930, David began his career with a degree in Agriculture from Durham University. When God intervened and called him to become a Minister, he completed an MA in Theology at Cambridge University and served as a Chaplain in the Royal Air Force for 3 years. He moved on to pastor several churches including the Millmead Centre in Guildford which became a model for many UK church leaders. In 1979, the Lord led him into an international ministry. His current itinerant ministry is predominantly to church leaders. Over the years, he has written a large number of books, booklets, and daily reading notes. His extensive and very accessible overviews of the books of the Bible have been published and recorded in Unlocking the Bible. Millions of copies of his teachings have been distributed in more than 120 countries, providing a solid biblical foundation.

David and his wife Enid currently reside in the county of Hampshire in the UK.

After Acts: Exploring the Lives and Legends of the Apostles
Bryan Litfin
Paperback