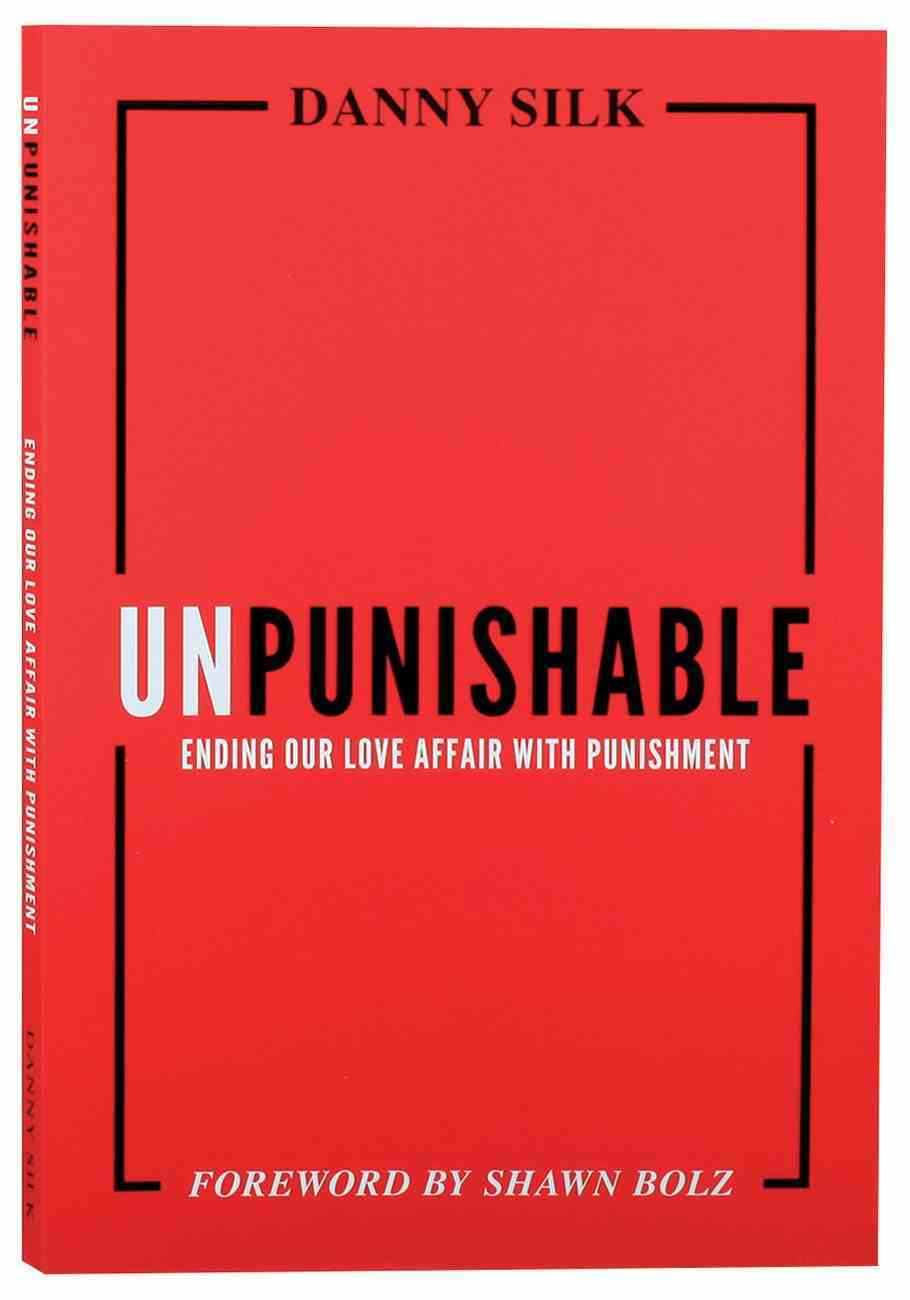 Unpunishable: Ending Our Love Affair With Punishment and Building a Culture of Repentance, Restoration, and Reconciliation

Living with humans is messy. Our children make messes. Our spouses and friends make messes. So do our coworkers, bosses, pastors, and presidents... and so do we. Messes are scary, painful, and offensive. And whether we're dealing with the...

Pencils: Pack of 8 Different Designs With Erasers on the Pencils
Pack

Living with humans is messy. Our children make messes. Our spouses and friends make messes. So do our coworkers, bosses, pastors, and presidents... and so do we.

Messes are scary, painful, and offensive. And whether we're dealing with the pain of a personal failure, the frustration of a disrespectful child, the devastation of a major betrayal, the stress of a workplace conflict, or the fallout of larger social injustices, classically we react the same way - with fear, shame, and punishment.

These reactions are understandable... but they don't do anything to fix the problem. In fact, they only perpetuate a culture of fear, unforgiveness, retribution, and disconnection.

Jesus came to show us a better way to respond to human messes - the way of repentance, reconciliation, and restoration. This way removes fear, shame, and punishment from people's lives, empowers them to deal with the root of their problems, and equips them to build a new lifestyle of walking in the light and protecting connection with God, themselves, and others.

Unpunishable is a roadmap for walking out repentance, reconciliation, and restoration in our own lives, leading others in this journey, and creating punishment-free cultures of love in our lives, relationships, families, churches, and organisations.

Two thousand years ago, Jesus Christ revealed the Father to humanity, not as an angry punisher of sinners, but as a merciful forgiver bent on reconciliation with His lost sons and daughters. Through Christ's perfect sacrifice, the Father ensured that inside this reconciled relationship with Him, nothing we could ever do could separate us from His love. He made us unpunishable. Yet the body of Christ struggles to create a relational culture that accurately reflects the heart of the Father-a culture of mature love that drives away the fear of punishment (1 John 4:18) and leads people who sin on a journey of repentance, restoration, and reconciliation. In fact, the fear of punishment often seems to have the strongest hold at the leadership level in most churches. Many leaders live in isolation and performance, and often burn out or crash morally, because they believe that if they have any problems, they will be punished-a belief that is too often realized. At the same time, these leaders struggle to see how they can lead and protect people without using tools of punishment when people sin. Unpunishable is a call to all believers, but especially leaders, to end our dysfunctional love affair with the fear of punishment and build a relational culture that empowers people to walk in the light of freedom and love, own and clean up their messes, and mature into sons and daughters who look like the Father.
-Publisher

Danny Silk serves on the Senior Leadership Team of both Bethel Church in Redding, California and Jesus Culture in Sacramento, California. He is the President and Co-Founder of Loving on Purpose, a ministry to families and communities worldwide. Danny is also the author of five books covering the subjects of building successful relationships, a culture of honor, and strong families.

The Road Back to You
Ian Morgan Cron, Suzanne Stabile
Hardback