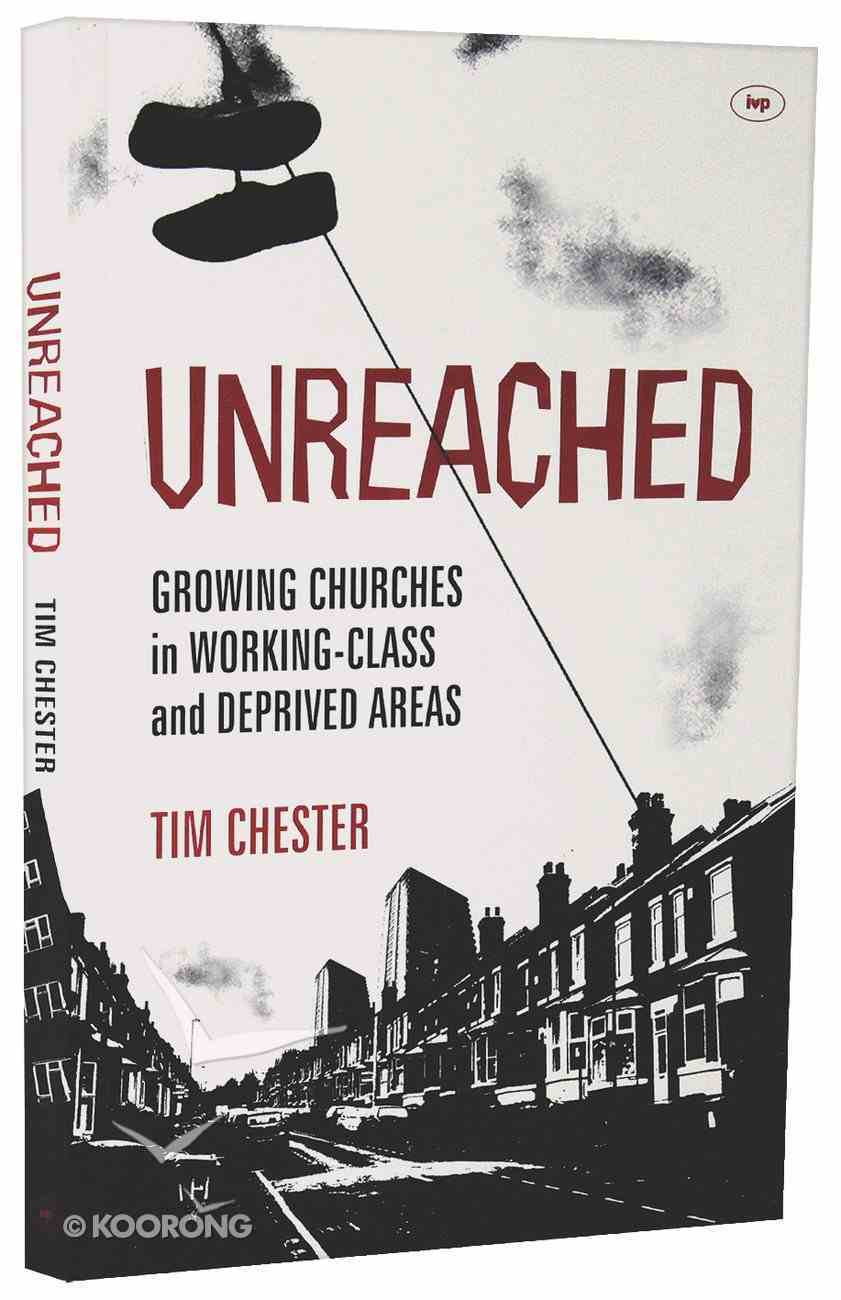 'When I became a Christian, I didn't have many Christian men to look up to. There were few who could show me what a council-estate Christian looked like.' Duncan Forbes Think of the thriving evangelical churches in your area,...

'When I became a Christian, I didn't have many Christian men to look up to. There were few who could show me what a council-estate Christian looked like.'
Duncan Forbes

Think of the thriving evangelical churches in your area, and the chances are that they will be in the nice areas of town and their leaders will be middle class.

Unreached is about reaching deprived, urban, working-class areas, often estates or housing schemes. It offers us the combined experience of the Reaching the Unreached working group www.reachingtheunreached.org.uk, an informal network of Christian leaders from different parts of the UK.

This book doesn't claim to offer the final word, but it presents us with a vision of what can be done. We pray that it will start a vital process in all our hearts and minds.

Think of the thriving evangelical churches in your area, and the chances are they will be in the "nice" areas of town and their leaders will be middle class. I once attended a lecture at which the speaker showed a map of my city, Sheffield. The council wards were colored different shades, according to a series of social indicators: educational achievement, household income, benefit recipients, social housing, criminal activity, and so on. Slide after slide showed that the east side of the city was the needy, socially deprived half, compared to the more prosperous west. Where are the churches? Counting all the various tribes of evangelicalism, the large churches are on the west side. The working-class and deprived areas of our cities are not being reached with the gospel. There are many exciting exceptions, but the pattern is clear. According to Mez McConnell from Niddrie Community Church in Edinburgh, of the fifty worst housing schemes in Scotland, half have no church, and most of the others only have a dying church. Very few have an evangelical witness. This book is about reaching those unreached areas. The Industrial Revolution saw increased social stratification. It was during this time that middle-class and working-class identities began to emerge. And in the late eighteenth and early nineteenth centuries, evangelicalism appealed disproportionately to skilled artisans, according to historian David Bebbington. So why have we evangelicals been so ineffectual at reaching the urban poor, despite our origins?
-Publisher

Reappearing Church: The Hope For Renewal in the Rise of Our Post-Christian Culture
Mark Sayers
Paperback