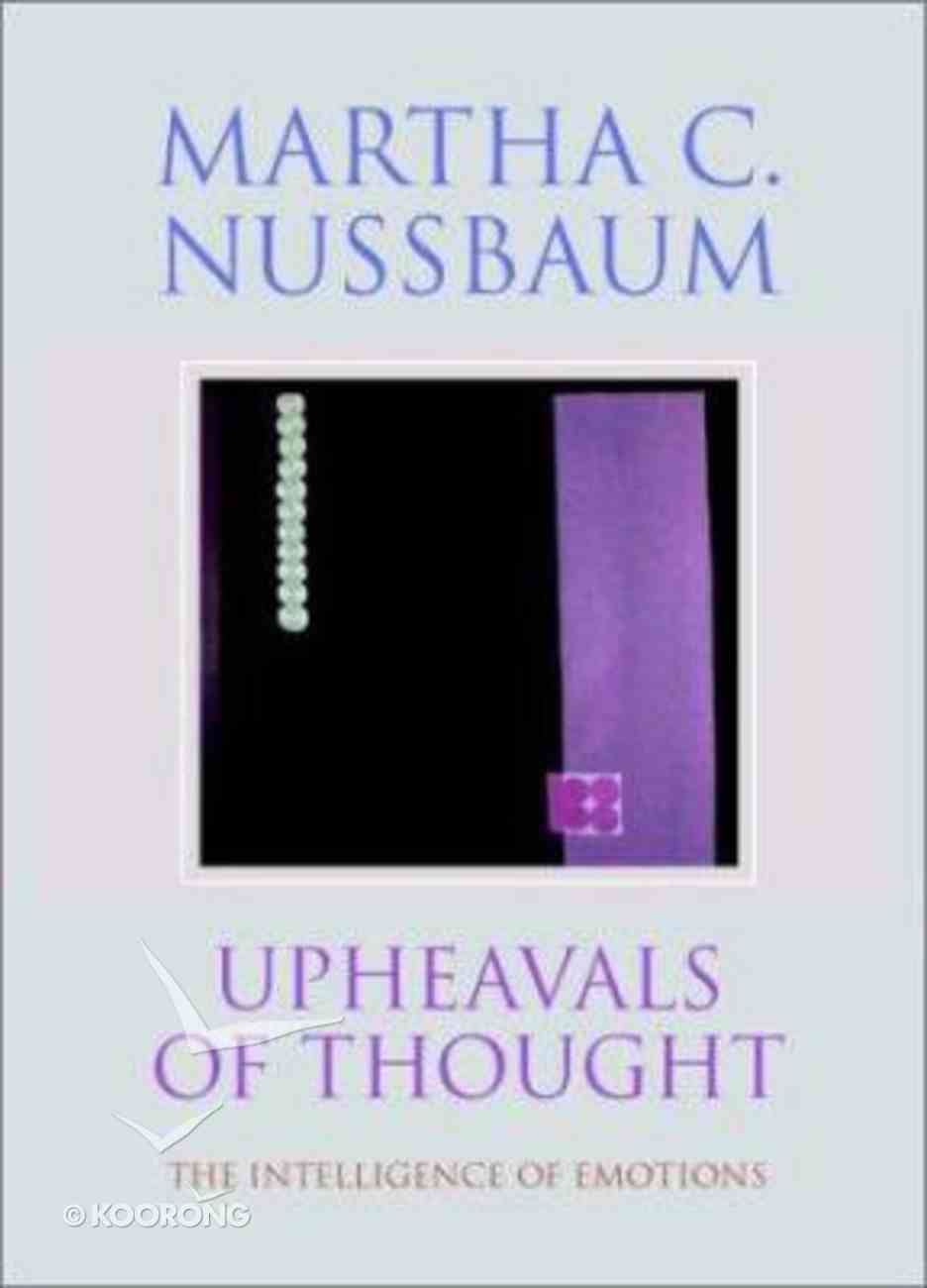 What is it to grieve for the death of a parent? More literary and experiential than other philosopical works on emotion, Upheavals of Thought will engage the reader who has ever stopped to ask that question. Emotions such as grief,...

The Sense of the Universe
Alexei V Nesteruk
eBook

Problem of Perception and the Experience of God, the - Toward a Theological Empiricism (Emerging Scholars Series)
Sameer Yadav
eBook

A Faithful Guide to Philosophy: A Christian Introduction to the Love of Wisdom
Peter S Williams
Paperback

What is it to grieve for the death of a parent? More literary and experiential than other philosopical works on emotion, Upheavals of Thought will engage the reader who has ever stopped to ask that question. Emotions such as grief, fear, anger and love seem to be alien forces that disturb our thoughts and plans. Yet they also embody some of our deepest thoughts--about the importance of the people we love, about the vulnerability of our bodies and our plans to events beyond our control. In this wide-ranging book, based on her Gifford Lectures, philosopher Martha Nussbaum draws on philosophy, psychology, anthropology, music and literature to illuminate the role emotions play in our thoughts about important goals. Starting with an account of her own mother's death, she argues that emotions are intelligent appraisals of a world that we do not control, in the light of our own most significant goals and plans. She then investigates the implications of this idea for normative issues, analyzing the role of compassion in private and public reasoning and the attempts of authors both philosophical and literary to purify or reform the emotion of erotic love. Ultimately, she illuminates the structure of emotions and argues that once we understand the complex intelligence of emotions we will also have new reasons to value works of literature as sources of ethical education. Martha C. Nussbaum is Ernst Freund Distinguished Service Professor of Law and Ethics, University of Chicago, appointed in Law School, Philosophy department, and Divinity School, and an Associate in Classics. A leading scholar in ancient Greek ethics, aesthetics and literature, her previous books include The Fragility of Goodness (Cambridge, 1986), Loves's Knowledge (Oxford, 1992), Poetic Justice (Beacon Press, 1997), The Therapy of Desire (Princeton, 1996), Cultivating Humanity (Harvard, 1997), and Sex and Social Justice (Oxford, 1999). Her reviews have appeared in the New York Times, Boston Globe, New York Review of Books, and New Republic.
-Publisher

Emotions shape the landscape of our mental and social lives. Like geological upheavals in a landscape, they mark our lives as uneven, uncertain and prone to reversal. Are they simply, as some have claimed, animal energies or impulses with no connection to our thoughts? Or are they rather suffused with intelligence and discernment, and thus a source of deep awareness and understanding? In this compelling book, Martha C. Nussbaum presents a powerful argument for treating emotions not as alien forces but as highly discriminating responses to what is of value and importance. She explores and illuminates the structure of a wide range of emotions, in particular compassion and love, showing that there can be no adequate ethical theory without an adequate theory of the emotions. This involves understanding their cultural sources, their history in infancy and childhood, and their sometimes unpredictable and disorderly operations in our daily lives.
-Publisher