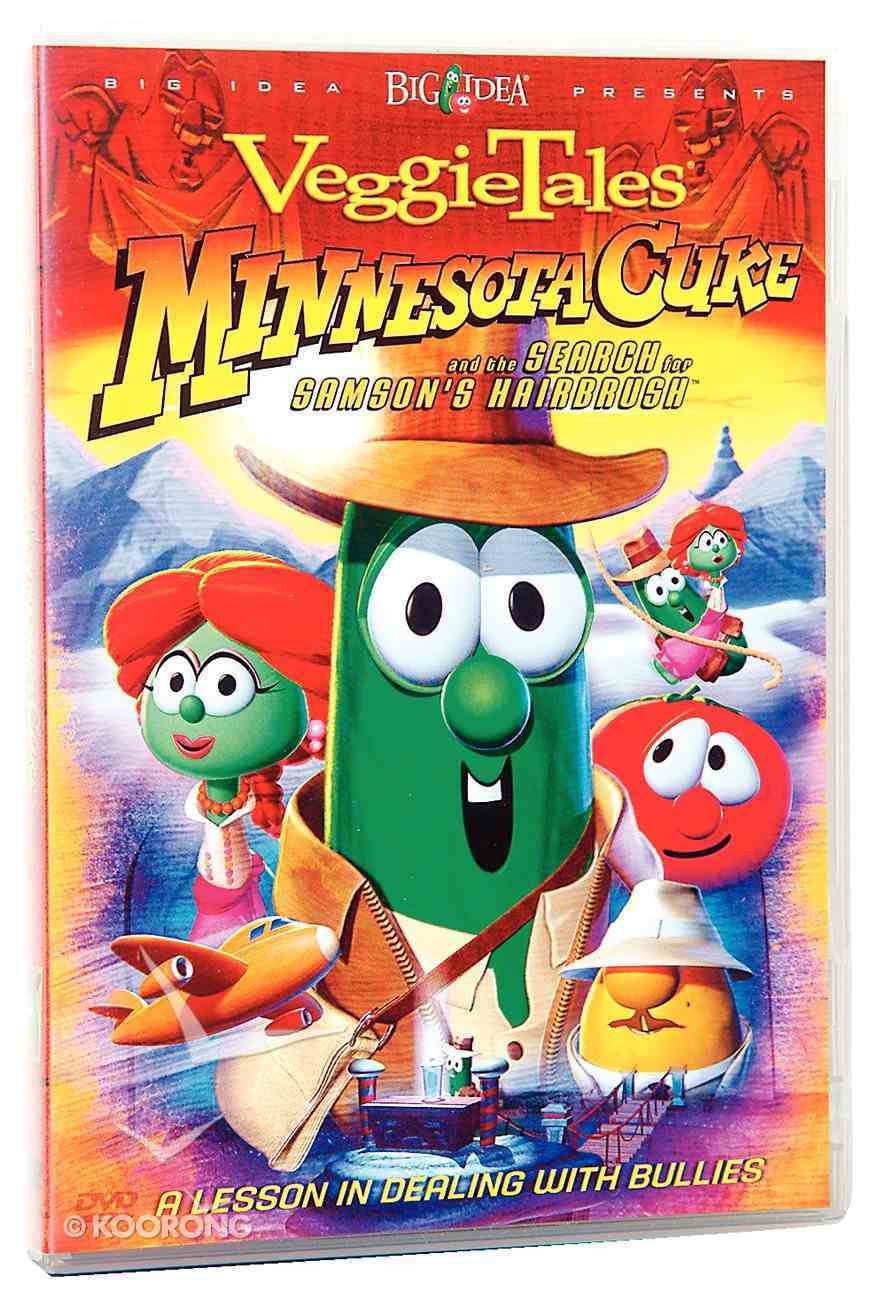 Hold on to your hats, adventure lovers! It's the most mysterious and intriguing VeggieTales ever! VeggieTales's dashing, daring action hero returns in an all-new animated adventure! After making his world debut in the video game Minnesota Cuke and the...

50+ Available
Expected to ship within 5 hours from Australia.
Learn More
Free Shipping
for orders over $99.

Hold on to your hats, adventure lovers! It's the most mysterious and intriguing VeggieTales ever!

Larry the Cucumber stars as Minnesota Cuke -- peaceful children's museum curator by trade, daring explorer in a fedora at heart! When Cuke learns of the legendary hairbrush of Samson, he ponders using its powers to defeat his life-long nemesis, Professor Rattan. Rattan has bullied Cuke since the second grade, leaving him tempted to retaliate.

Will Minnesota hold the hairbrush for selfish gain, or will he find the power to forgive his enemy? Grab your passports and join Cuke, Martin (Bob the Tomato), Rattan and the VeggieTales gang on their adventurous journey in the search for Samson's hairbrush -- and a better way to deal with bullies!