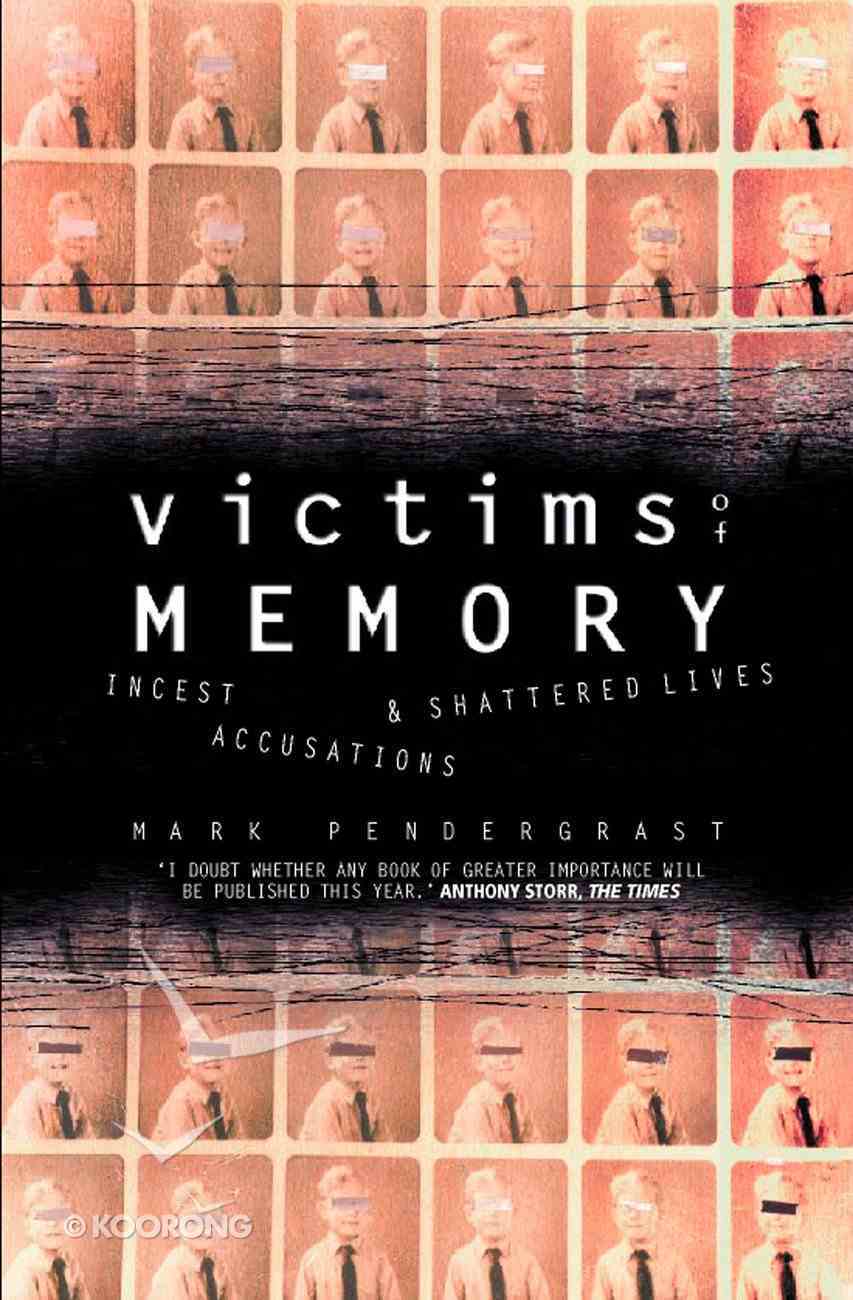 'I doubt whether any book of greater importance will be published in 1997.' Anthony Storr, The Times. In March, 1995, a Winchester father is imprisoned for eight years on the uncorroborated oral evidence of his daughter, who had recovered...

Care of Mind Care of Spirit
Gerald G May
eBook

'I doubt whether any book of greater importance will be published in 1997.' Anthony Storr, The Times.


In March, 1995, a Winchester father is imprisoned for eight years on the uncorroborated oral evidence of his daughter, who had recovered memories of sexual abuse while in psychiatric care; a Yorkshire father is freed, seventeen months after his arrest, when the Prosecution finally admit that his 22-year-old's allegations against him were entirely false.


Victims of Memory examines the whole terrifying phenomenon of repressed memories: the sudden invention/recollection in adulthood of appalling sexual abuse committed by parents and relatives long, long, before, memories that have lain unnoticed at the back of the victim's mind for decades, only to be 'recovered' by an enterprising analyst. The book uses real cases and real lives, here, in America and in Australia, to present all sides of the story: accusers, the accused, the retractors and the analysts in their own words.


. Massive publicity on publication: a front page news story in the Observer (prompting more than 700 letters and calls); serialization in the Sunday Times 'News Review' section (also to a huge public response); author interviews on Start the Week, Newsnight, The News at Ten, Radio 4's The World Tonight, the ITN lunchtime news and the Daily Telegraph; features in the Daily Express, the Independent, the Sunday Times, the Daily Telegraph; huge review coverage; attacks on the book in the Scotsman.


. This is NOT a cranky American phenomenon: there are at least 42,000 cases in the UK every year where the main focus is recovered memory.


. The definitive book on this very troubling subject.