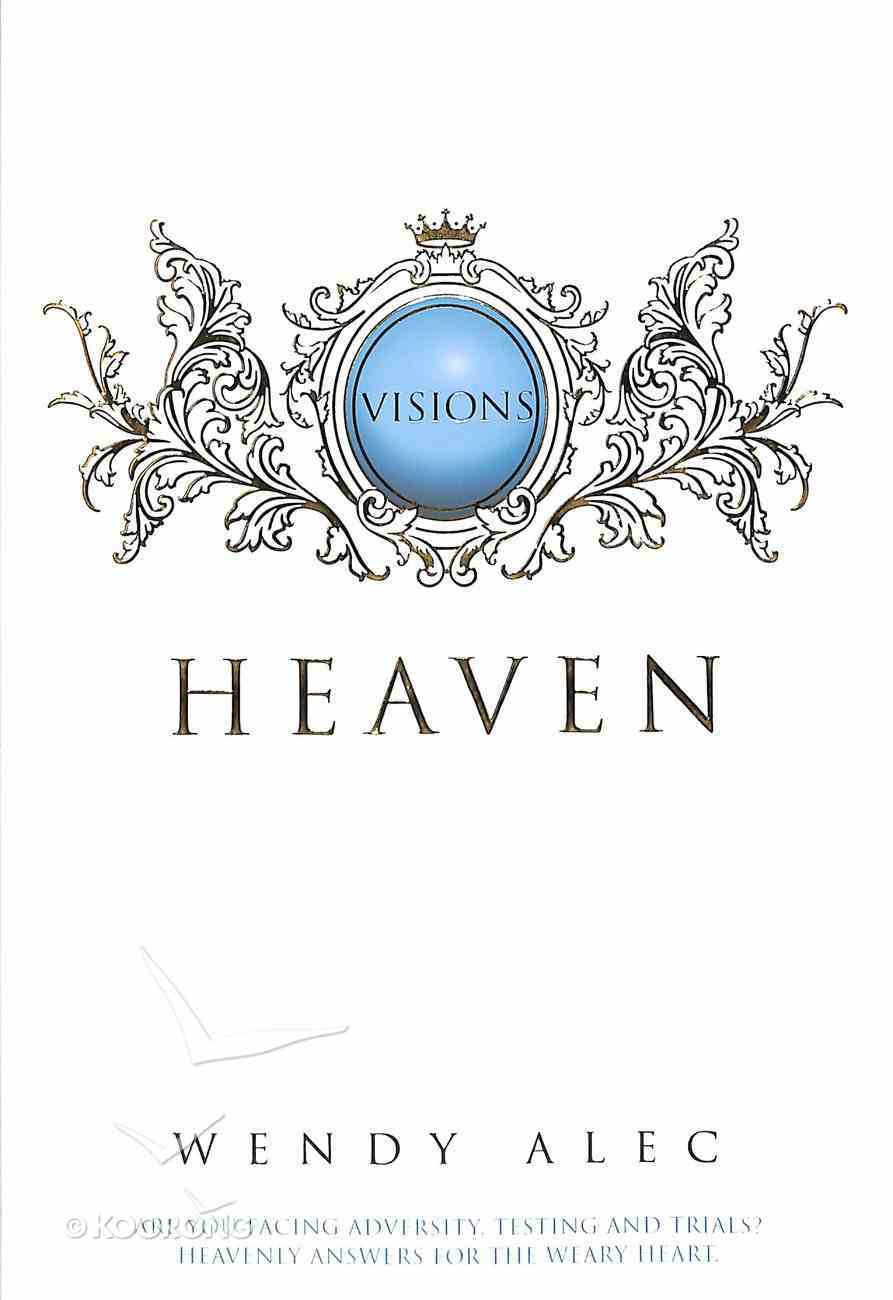 In Visions from Heaven , Wendy Alec, prophet and seer, recounts a series of extraordinary, supernatural encounters with the Father, following a season of deep, personal trauma. In a series of panoramic visions, the Father and Jesus take Wendy on...

Discovering the Seer in You
James W Goll
Paperback

Activating the Gift of Prophecy: Your Guide to Receiving and Sharing What God is Saying
Jermaine Francis, Rebecca Francis
Paperback

In Visions from Heaven, Wendy Alec, prophet and seer, recounts a series of extraordinary, supernatural encounters with the Father, following a season of deep, personal trauma. In a series of panoramic visions, the Father and Jesus take Wendy on an extraordinary journey. From the Father's Chambers, to the brilliance and sheer majesty of the Throne Room, to Satan's trophy rooms, to the macabre trading floors of the Souls of Men. If you have been through a season of adversity and testing and found yourself at the sheer rock face, encountering some of the fiercest trials and testing of your life...if your heart is secretly breaking with bewilderment and abandonment...if Heaven itself has seemed silent...so,so very silent at your time of deepest need...the Father's answers to these questions will bring surprise, challenge, immense encouragement and such great hope.

"There, on the table in my Father's Chamber, was a large box, beautifully wrapped in the palest aquamarine, tied with a pale pink bow. I lifted the lid. Inside the box, lay an exquisite dress in robin's egg blue tulle. I gasped. It was so utterly beautiful. I held it up and instantly I was wearing it. Then I looked down and saw there was a huge seeping bloodstain over my heart. I looked up in horror at my Heavenly Father. It is the wound of abandonment, He said softly...You thought I failed to protect you. I stood silent before Him. For I knew it was all true. Although my spirit always knew otherwise, my heart had been so intensely assailed by the enemy that indeed I felt during the worst, most awful physical suffering that my Heavenly Father had abandoned me...."

Wendy Alec's calling to the Body of Christ to work in the area of Creative Evangelism in the media, has been iintegral in the pioneering and establishing of Europe's first Christian Television Network, GOD TV. Wendy had originally intended to keep her identity as the Unknown Prophet anonymous--hence the lack of an authors name on the front cover. She explains, "I sensed during the writing of the journal that I dare not touch his glory, that these are not my words--this is not my work." That her identity is revealed here is for reasons of accountability alone.

The Prophetic and Healing Power of Your Words
Becky Dvorak
eBook