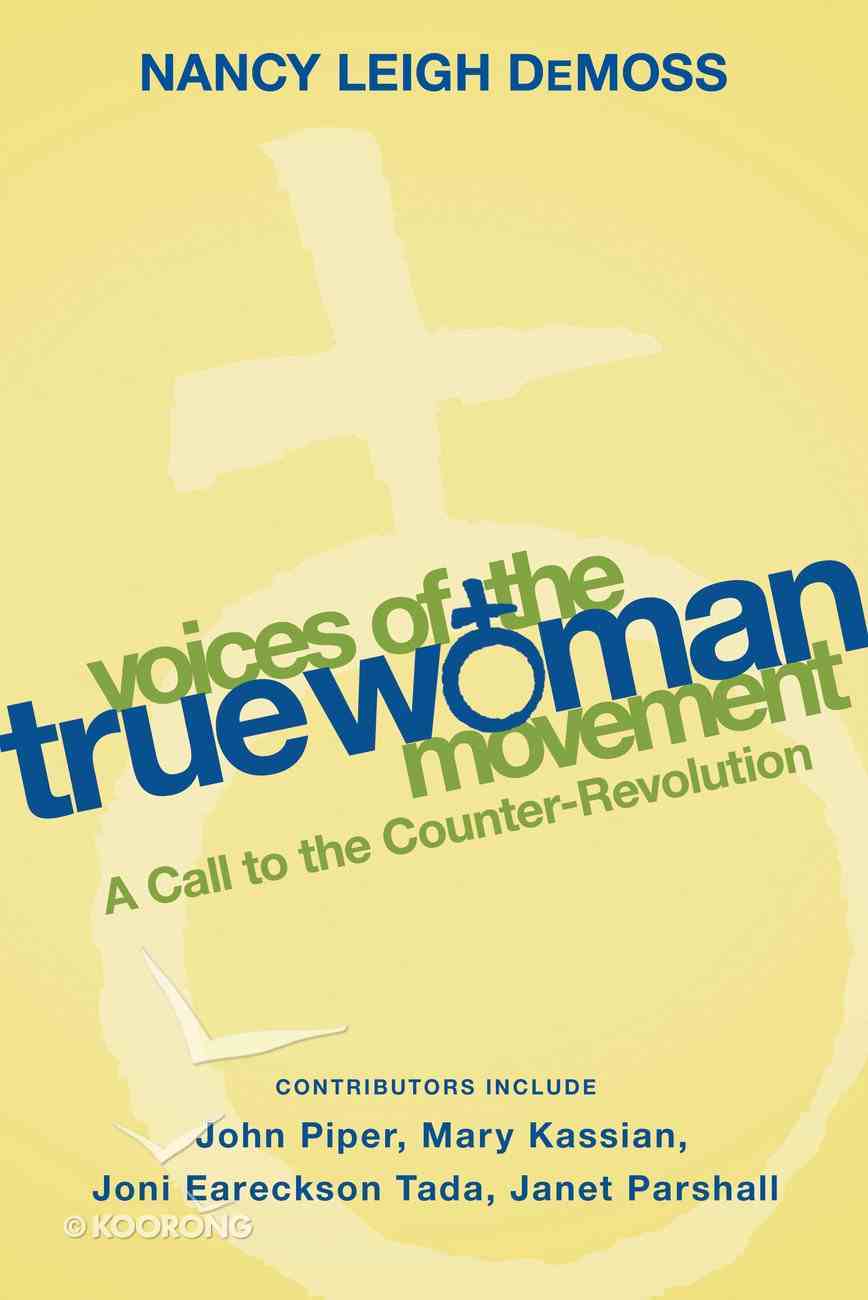 Voices of the True Woman Movement

Adorned: Living Out the Beauty of the Gospel Together
Nancy Demoss Wolgemuth
Hardback

Adorned: Living Out the Beauty of the Gospel Together
Nancy Demoss Wolgemuth
Paperback

In spring 2008, over 6000 assembled in Chicago to hear a counter-revolutionary call.

These voices launched the call to return to biblical womanhood. Thousands of women responded. Now they are the voices heard in communities, churches, and ministries worldwide. The True Woman Movement began.

Experience the birth for the first time or relive True Woman '08 with The Voices of the True Woman Movement.

Read -
John Piper's compelling opening "The Ultimate Meaning of True Woman".
Mary Kassian's explanation of why the call is counter revolutionary in "You've come a Long Way Baby!"
Joni Eareckson Tada's confirmation that women are "God's Jewels."
Karen Loritts' challenge to choose in "A Resolve to Believe."
Janet Parshall 's description of "A Woman After God's Own Heart."
Nancy Leigh DeMoss charge of revival in "From Him, Through Him, To Him."

Includes Going Deeper: A Guide for Personal Reflection and Small Group Discussion a robust 9-session study into a biblical way of thinking about womanhood.

MARY KASSIAN is an award winning author, internationally renowned speaker, and a distinguished professor at Southern Baptist Seminary. She has published several books and Bible studies, including "The Feminist Mistake". A graduate from the faculty of Rehabilitation Medicine from the University of Alberta, Canada, Mary has also studied systematic theology at the doctoral level and taught courses at seminaries throughout North America.