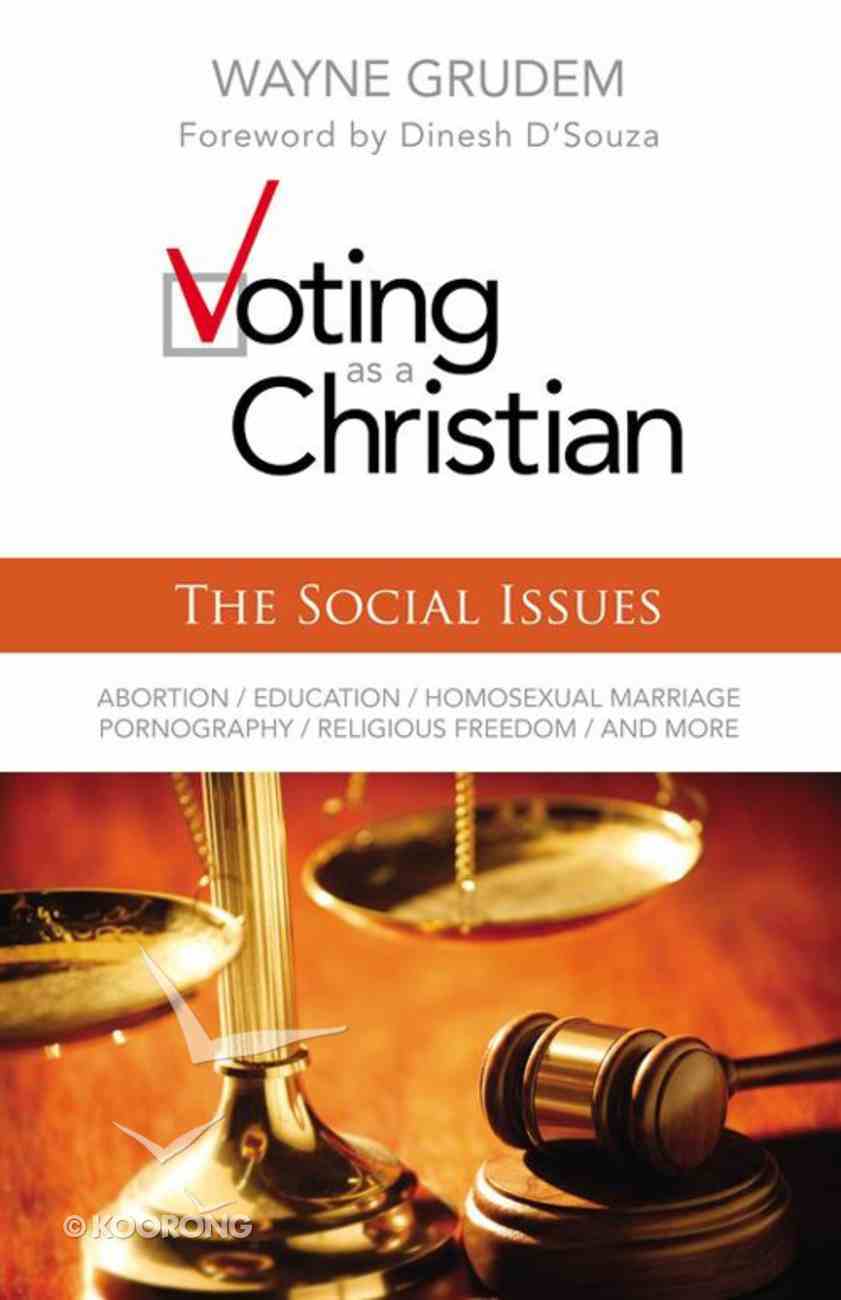 Voting as a Christian: Social Issues

Derived from Wayne Grudem's groundbreaking and comprehensive survey of modern-day politics, Politics According to the Bible, this book highlights many of the economic and foreign policy issues that will be most debated during the upcoming presidential election cycle---including taxes, free...

Derived from Wayne Grudem's groundbreaking and comprehensive survey of modern-day politics, Politics According to the Bible, this book highlights many of the economic and foreign policy issues that will be most debated during the upcoming presidential election cycle---including taxes, free markets and regulation, health care, Social Security, recessions, global warming, responding to terrorism, foreign aid, Israel, immigration, and more.

Written not by a journalist or politician but rather by a theology professor with a Ph.D. in New Testament studies, Voting as a Christian: The Social Issues begins with the assumption that God intended the Bible to give guidance to every area of life-including how governments should function. Derived from author Wayne Grudem's magisterial Politics According to the Bible, this book highlights those social issues that have dominated political debate recently. Throughout, author Wayne Grudem supports political positions that would be called more "conservative" than "liberal." However, "it is important to understand that I see these positions as flowing out of the Bible's teachings rather than positions I hold prior to, or independently of, those biblical teachings," he writes. "My primary purpose in the book is not to be liberally or conservative, or Democrat or Republican, but to explain a biblical worldview and a biblical perspective on issues of politics, law, and government." Concise yet carefully argued, this book is a must-read for any Christian concerned about current debates over social issues such as abortion, education, homosexual marriage, pornography, religious freedom, and others. Not every reader will agree with the book's conclusions. But by grounding his analysis deeply on Scripture, Grudem has equipped Christians to better understand and respond to some of today's key political debates wisely and in a manner consistent with their primary citizenship as members and ambassadors of the kingdom of God.