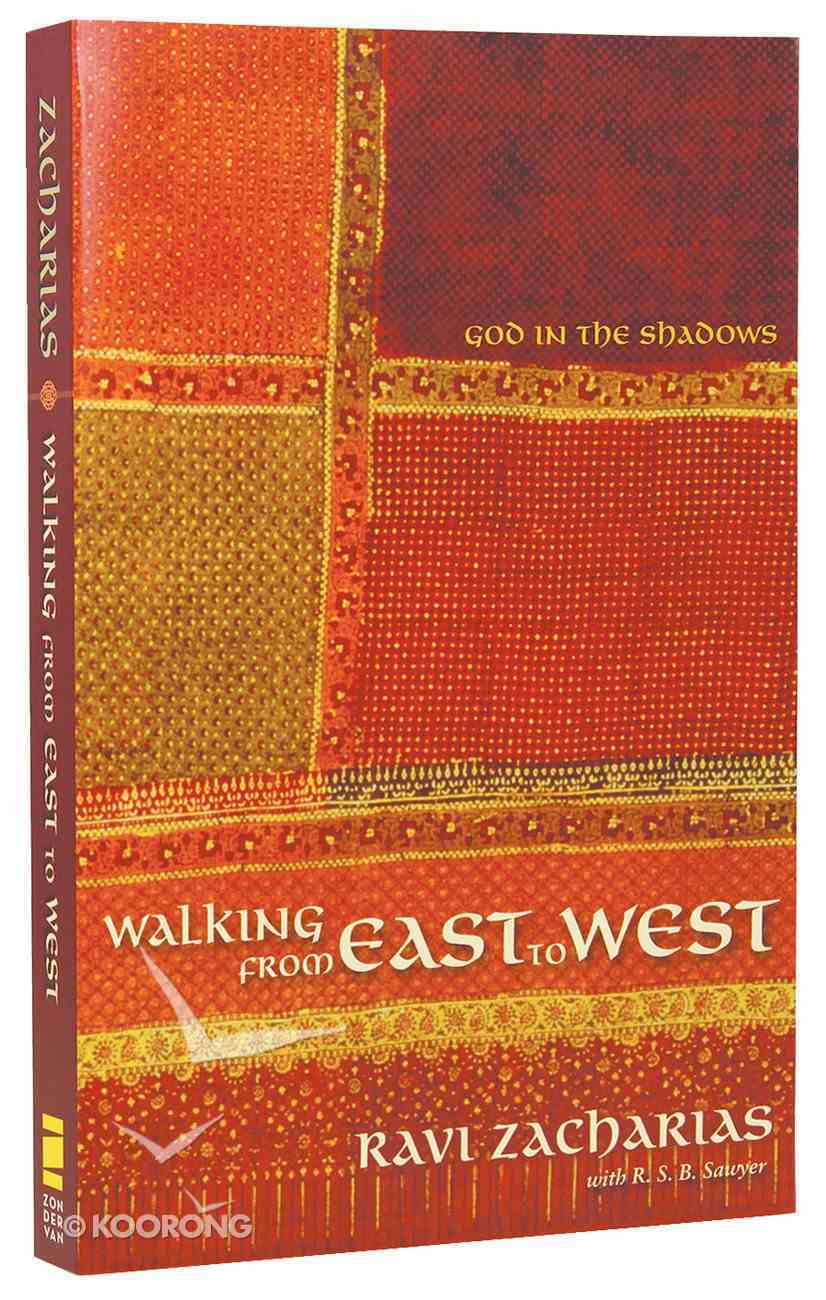 Walking From East to West: God in the Shadows

For over thirty-five years Ravi Zacharias has spoken all over the world in great halls and universities, notably Harvard, Princeton, and Oxford. He is listed as a distinguished lecturer with the Staley Foundation and has appeared on CNN and other...

Walking From East to West: God in the Shadows
Ravi Zacharias
eBook

For over thirty-five years Ravi Zacharias has spoken all over the world in great halls and universities, notably Harvard, Princeton, and Oxford. He is listed as a distinguished lecturer with the Staley Foundation and has appeared on CNN and other international broadcasts. The author of several books for adults and children, he power-fully mixes biblical teaching and Christian apologetics. His most recent works include Walking from East to West, a memoir, The Grand Weaver, an exploration of God's intention and pattern in both the ordinary and the startling elements of life, and The End of Reason, a rebuttal to the claims of the so-called New Atheists. His weekly radio program, Let My People Think, is broadcast over 1,500 stations world-wide, and his weekday program, Just Thinking, on almost 400. He is founder and chairman of the board of Ravi Zacharias International Ministries, headquartered in Atlanta, Georgia, with additional offices in Canada, India, Singapore, the United Kingdom, and the United Arab Emirates. Dr. Zacharias and his wife, Margie, have three grown children and reside in Atlanta. Ravi Zacharias, master en divinidades de Trinity International University, es un orador reconocido asi como presidente de Ravi Zacharias International Ministries. Su programa semanal de radio, Let My People Think, se retransmite por mas de mil quinientas emisoras de todo el mundo. Es autor de varios libros para adultos y ninos. Su ultimo libro, De Oriente a Occidente, fue editado por Editorial Vida en el ano 2006. El Dr. Zacharias y su esposa residen in Atlanta, Georgia.
-Publisher

For more than three decades, apologist Ravi Zacharias has shared bits and pieces of his personal life and experience. In Walking from East to West, now in softcover, Zacharias invites you to follow him on a journey through his life: to see and smell the neighborhood in India where he grew up, to feel a mother's love and the consternation of a harsh father ... and the lure of a rebellious soul. In a crisis experience, Zacharias exchanged pantheism for monotheism, and meaninglessness for true fulfillment in Christ. He has traveled from the East to the West, and then back again to answer skeptics' penetrating questions about the meaning of life and the existence of a God who is there for his children. Zacharias invites you to follow him on this journey through his life and into the lives of others, and to see how he has become more convinced with each year that Jesus Christ is the one who came to give you life to the fullest.
-Publisher