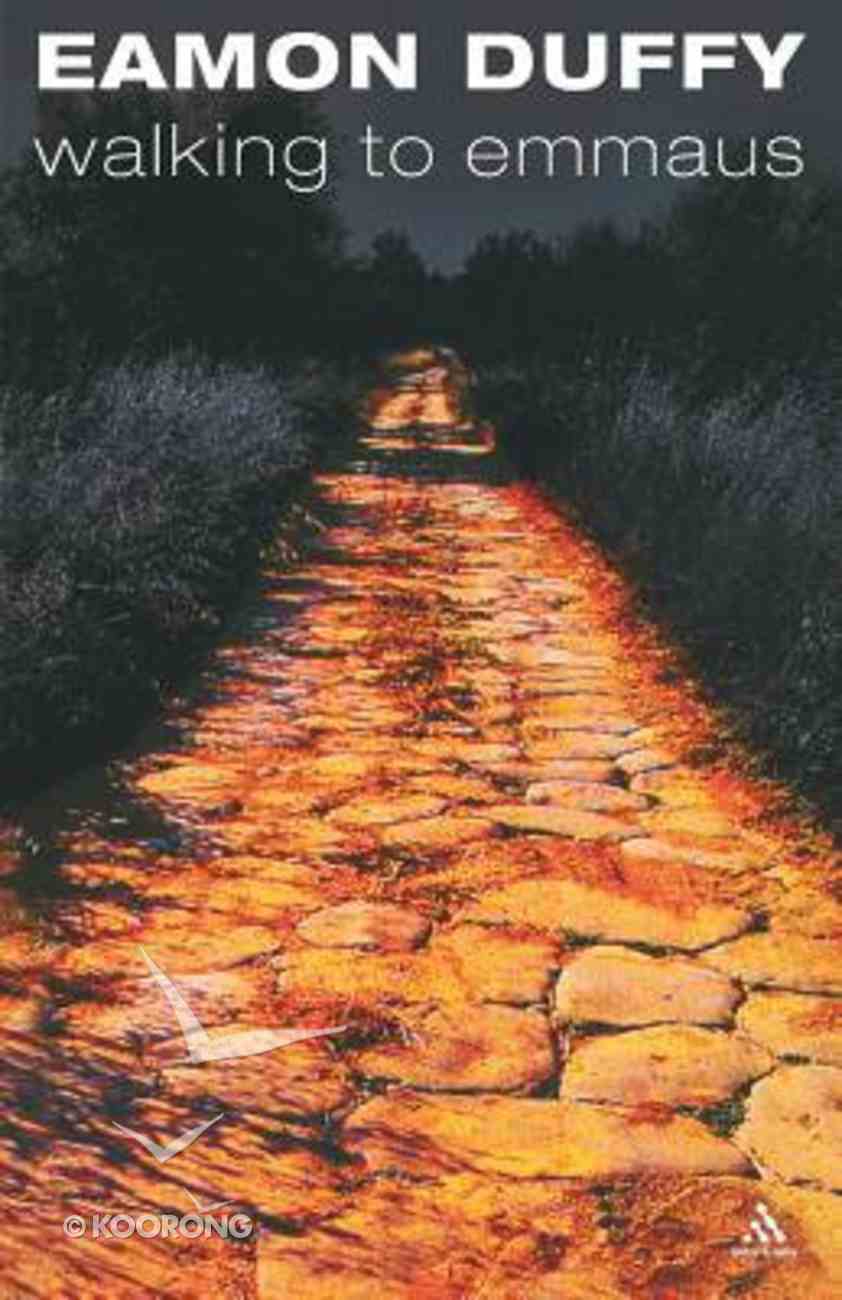 Professor Eamon Duffy is by any reckoning a scholar of the first rank. He has revolutionised scholarship in his field. He is a man of great intellectual courage and integrity. As he has shown in his recent book Faith of...

Walking in the Footsteps of David Wilkerson: The Journey and Reflections of a Spiritual Son
Charles Simpson
Paperback

Professor Eamon Duffy is by any reckoning a scholar of the first rank. He has revolutionised scholarship in his field. He is a man of great intellectual courage and integrity. As he has shown in his recent book Faith of Our fathers, Duffy is also a man of deeply held religious belief who struggles with the problems of being a Christian in the modern world. Now in Walking to Emmaus we see yet one more aspect to his intelligent, imagination and personality. Professor Duffy is in regular demand as a preacher and the giver of addresses on religious and spiritual matters. He has assembled here the best of these, many given to undergraduates in a University setting and his written a strong autobiographical introduction explaining how his life as a scholar relates to his childhood, upbringing and deeply held religious belief. Born into Republican Ireland he now finds himself part of the British academic establishment and this apparent incongruity has given him special insight into the needs of young people and those who wish to be both radical and traditional. The topics range from the new -found interest in monasticism in out time to a new understanding of St Valentine's day, taking full account of the spiritual and fleshly needs of his audience. Walking to Emmaus will delight Eamon Duffy's admirers and increase their numbers.
-Publisher

Eamon Duffy is best known as an historian of the papacy, and of grass-roots religion in late medieval and Reformation England. But he is also a religious believer, concerned with the practical expression of Christian faith in the modern world. In a previous collection of essays, Faith of Our Fathers, he reflected on the relationship between change and permanence underlying the profound transformations of the Roman Catholic tradition since the Second Vatican Council. In this new book, made up of addresses delivered mostly to university congregations, he turns from the concerns of a particular denomination, to consider the light for living which the Christian message offers in a world where traditional certainties and values often seem in flux. These addresses are all, in one way or another, reflections on the central affirmations of the Christian faith, but they were addressed in most cases to congregations which included not only the religiously committed, but also many who would not describe themselves as believers at all. Book jacket.
-Publisher

Professor Eamon Duffy is by any reckoning a scholar of the first rank and a man of deeply held religious belief, who tackles the issue of being a Christian in the modern world. Walking to Emmaus assembles the best of his addresses and includes an impressive autobiographical introduction. Duffy's topics range from the current interest in monasticism, to a new understanding of St Valentine's day, taking full account of the spiritual and fleshly needs of his audience. Walking to Emmaus will delight Eamon Duffy's admirers and increase their numbers.

Praise for Faith of our Fathers: 'This is the sort of history we need - history that serves an ambassadorial role between past and present, illumining our life with wisdom.' Christian Century

'Duffy's is a truly prophetic voice.' Music and Liturgy
>

Eamon Duffy is professor of the history of Christianity, Cambridge University, and fellow of Magdalene College. He has received many prizes for his previous books, including the Longman-"History Today" prize and the Hawthornden prize. ý