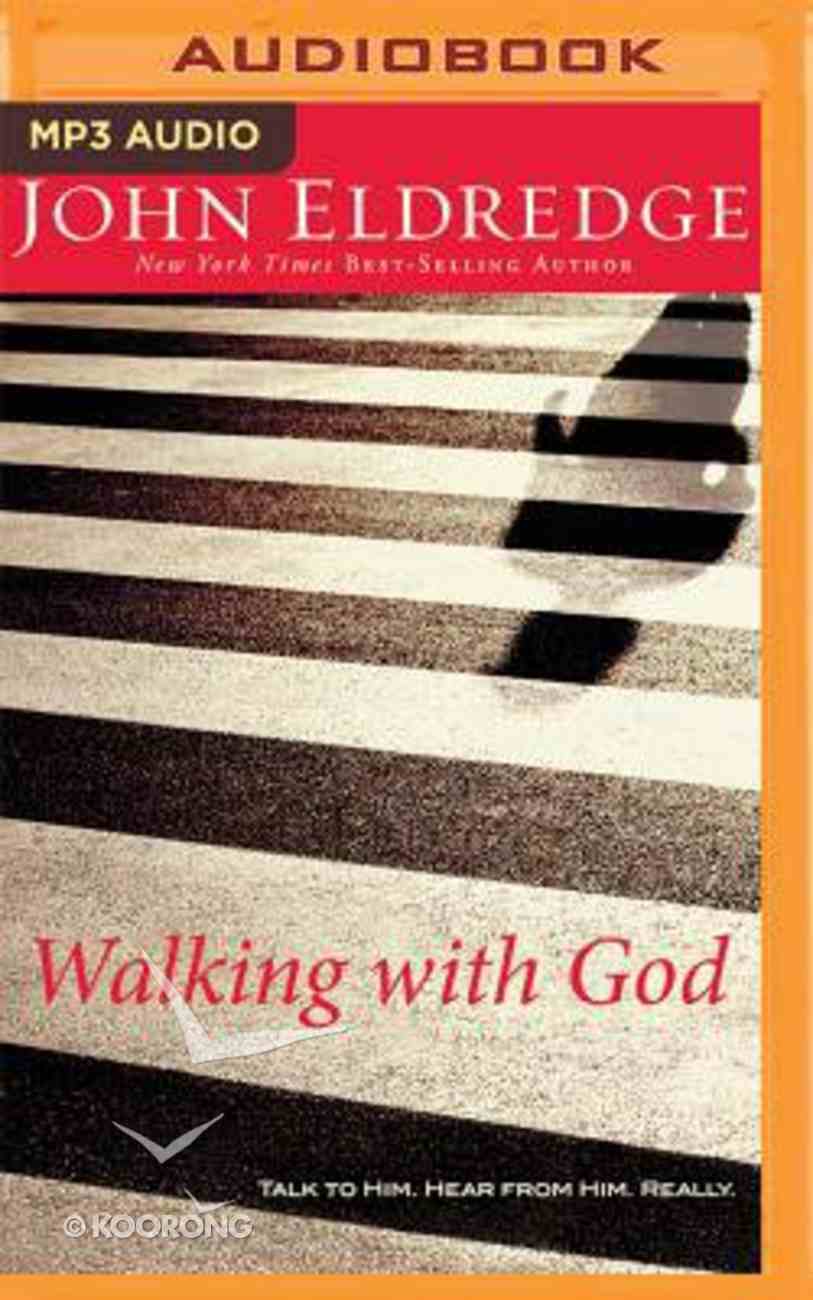 "This is a series of stories of what it looks like to walk with God, over the course of about a year." So begins a remarkable narrative of one man's journey learning to hear the voice of God. The details...

The Way of the Wild Heart: A Map For the Masculine Journey (Unabridged, 9 Cds)
John Eldredge, Kelly Ryan (Narr)
CD

The Truth War: Fighting For Certainty in An Age of Deception (Unabridged, Mp3)
John Macarthur
CD

If Only He Knew: A Valuable Guide to Knowing, Understanding, and Loving Your Wife (Unabridged, Mp3)
Gary Smalley, Maurice England (Narr)
CD

Put Your Dream to the Test: 10 Questions to Help You See It and Seize It (Unabridged, Mp3)
John C Maxwell, Wayne Shepherd (Narr)
CD

"This is a series of stories of what it looks like to walk with God, over the course of about a year."

So begins a remarkable narrative of one man's journey learning to hear the voice of God. The details are intimate and personal. The invitation is for us all. What if we could hear from God...often? What difference would it make?

We have a lot to sort through on any given day. A whole lot to navigate over the course of a week or a month. Am I in the right place? The right relationships? How am I going to come up with enough money to do the things I want to do? And what about love--is this the one? Will it last? What is causing all those fears I keep pushing down inside? Why can't I overcome those "habits" that look more and more like addictions? Am I at the right church? Should I even go to church? What is God doing in my life?

All day long we are making choices. It adds up to an enormous amount of decisions in a lifetime. How do we know what to do?

We have two options.

We can trudge through on our own, doing our best to figure it all out.

Or, we can walk with God. As in, learn to hear his voice. Really. We can live life with God. He offers to speak to us and guide us. Every day. It is an incredible offer. To accept that offer is to enter into an adventure filled with joy and risk, transformation and breakthrough. And more clarity than we ever thought possible.