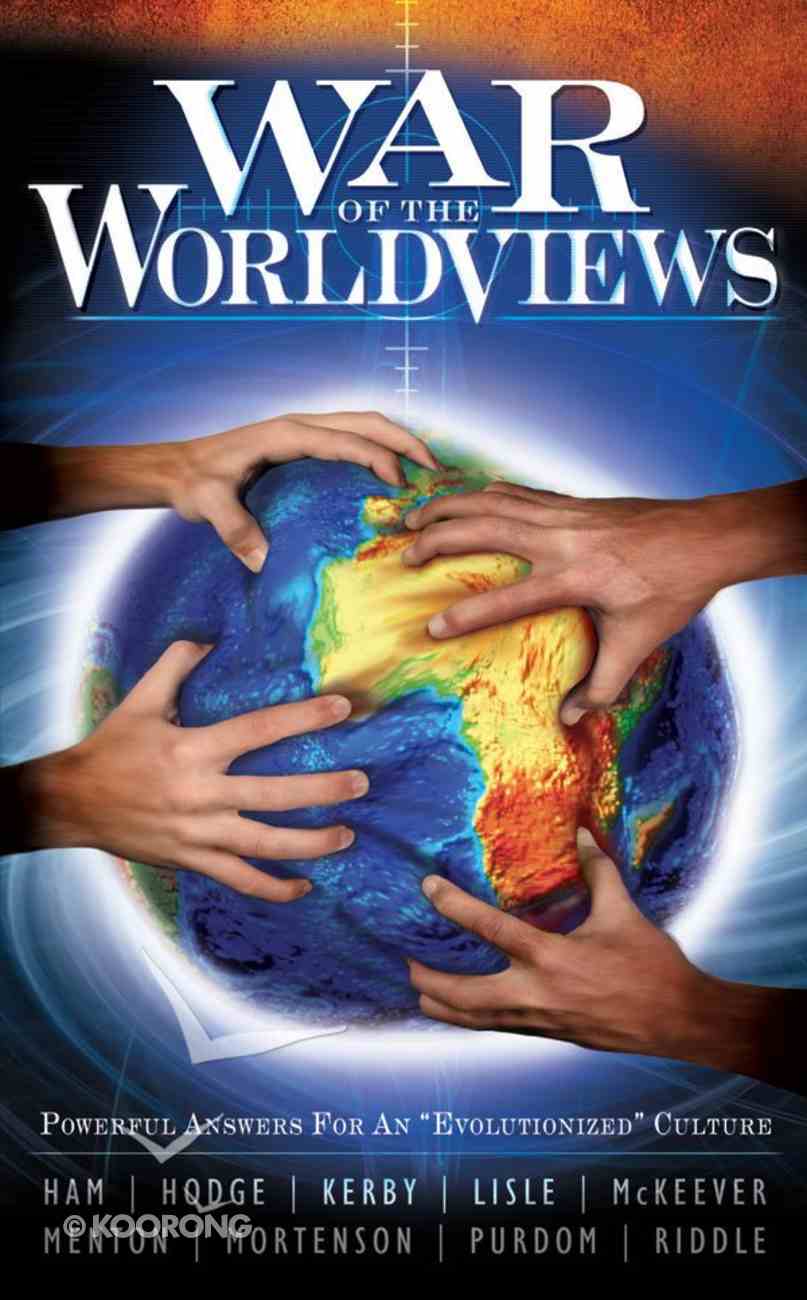 War of the Worldviews

What do aliens, dinosaurs, and gay marriage have in common? They are all part of the culture war - a war between two worldviews. One view is based on a biblical understanding of history, the other on pure naturalism....

The Stargazer's Guide to the Night Sky
Jason Lisle
eBook

Did Adam Have a Bellybutton?
Ken Ham
Paperback

Six Days: The Age of the Earth and the Decline of the Church
Ken Ham
Paperback

What do aliens, dinosaurs, and gay marriage have in common?


They are all part of the culture war - a war between two worldviews. One view is based on a biblical understanding of history, the other on pure naturalism. Our educational institutions and the media are on the frontlines of evolutionizing our culture. From Biology 101 to World History, from The Learning Channel to Sponge Bob, subtle and not-so-subtle evolutionary messages bombard us.


We wetness the battles and skirmishes of this war in our schools, our courts and our homes. All around us are casualties of the warfare - Christians taken captive by an evolutionary philosophy. The idea of the big ban g and millions of years has duped many Christians and its effects include a deficient gospel and subjective morality.


How are we to respond when we hear of the latest "argument" for evolution? How can we prepare our children to face the evolutionary indoctrination of our public schools and universities? What are we to make of "Christian" organizations who teach the big bang and millions of years? How can we build a truly biblical worldview?


In this powerful book, you will find ammunition for the war: answers to some of the most common arguments for evolution, analyses of Christian compromise positions and a call for return to the true biblical authority.

Mr. Bodie Hodge attended Southern Illinois University at Carbondale and received a B.S. and M.S. in mechanical engineering. His specialty was a subset of mechanical engineering based in advanced materials processing, particularly starting powders. Currently, Bodie is a speaker, writer, and researcher for Answers in Genesis?USA. He is the author of The Fall of Satan and co-author of Dragons: Legends & Lore of Dinosaurs.

An accomplised author of some of the most popular and effective apologetic
resources on the market, Ken Ham is also the founder of Answers in Genesis-U.
S. andthe president of the Creation Museum. He is also one of the most
in-demand Christian speaker at hundreds of venues to tens of thousands of
believers across the globe each year.

Dr. Jason Lisle is a research scientist, speaker, and planetarium director for Answers in Genesis and the Creation Museum. He holds bachelor of science degrees in physics and astronomy from Ohio Wesleyan University, as well as a master's and PhD in Astro-physics from the University of Colorado in Boulder. As a creation scientist Dr. Lisle effectively communicates a broad range of topics from in-depth presentations of distant starlight, Einstein's relativity, and problems with the big bang to topics from astronomy and general science to apologetics and dinosaurs.

Carl Kerby, founder of Reasons for Hope, equips people worldwide to defend Scripture and share the only true hope, Jesus. A founding board member of Answers in Genesis and a popular, dynamic speaker, he resides in Hebron, KY.

Undeniable: How Biology Confirms Our Intuition That Life is Designed
Douglas Axe
Paperback