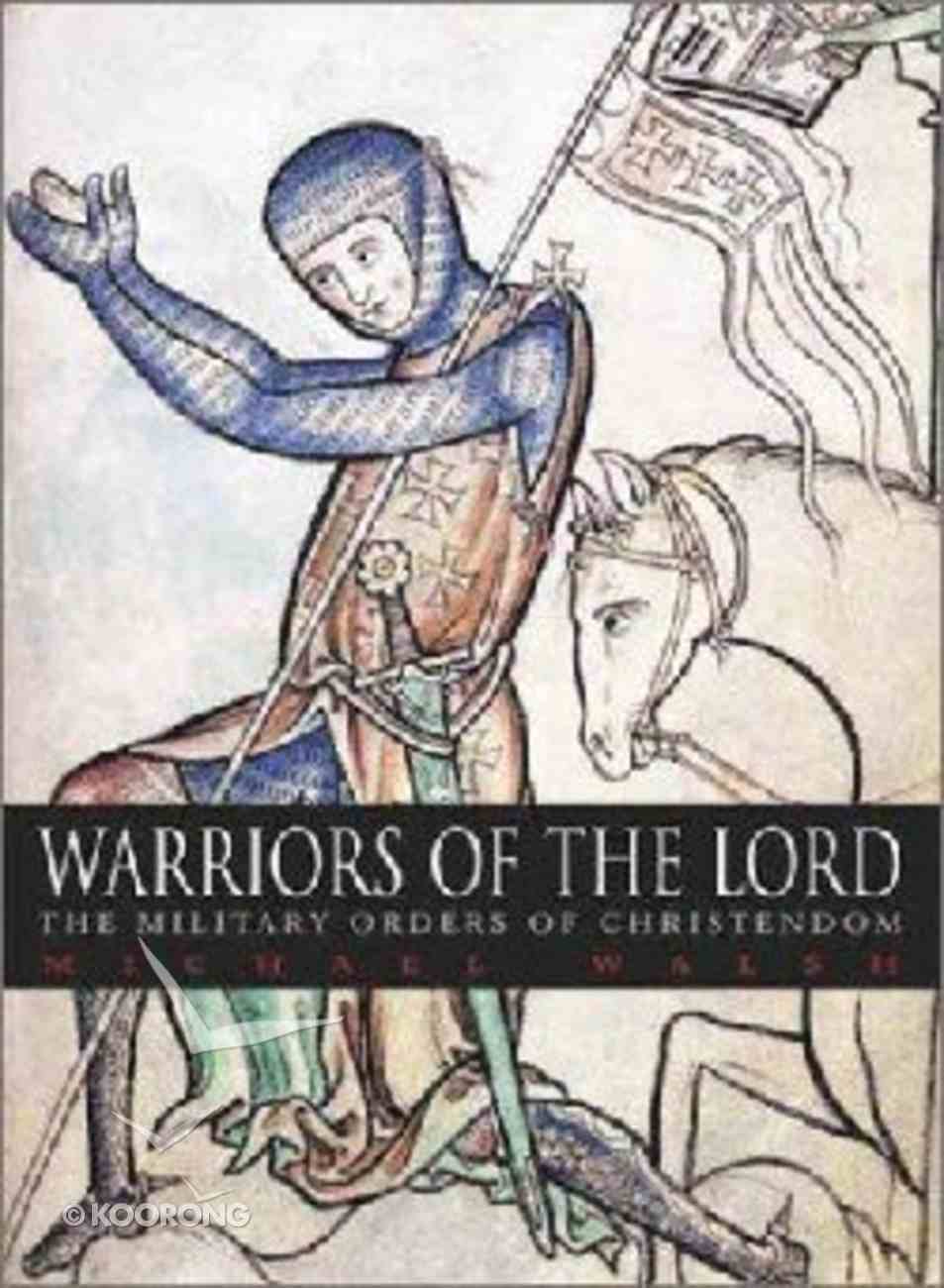 Warriors of the Lord

The Naked Hermit: A Journey to the Heart of Celtic Britain
Nick Mayhew-smith
Hardback

The Journey to the Mayflower: God's Outlaws and the Invention of Freedom
Stephen Tomkins
Hardback

The great religious orders of Christianity the Benedictines, the Dominicans, the Franciscans, the Jesuits are well known for their monasteries, their learning, and their missions around the world. But in the Middle Ages and beyond, there was another kind of religious order whose profession it was to bear arms in defense of Christendom. This lavishly illustrated work tells the extraordinary story of the military orders of the Church. ^^From their humble beginnings in the early twelfth century as caretakers of the sick and protectors of pilgrims to the Holy Land, military religious orders quickly expanded their numbers and goals. They not only fought for the holy places but also helped turn back the advance of Muslim armies into western Europe and aided the spread of Christianity to lands along the Baltic. The Knights of St. John, the Knights Templar, the Knights of Santiago and of Calatrava, the Teutonic Knights, and other formal military orders played a fearsome, sometimes brutal, but currently neglected role in the history of Christianity. ^^Coupling a compelling narrative with striking historic art, Michael Walsh examines the development, beliefs, spirituality, and cultural contributions of these determined soldier-monks. Walsh draws on a wide range of historical documents, introducing readers to the missions, lifestyles, writings, and buildings of the various military orders and highlighting their spiritual, intellectual, artistic, and educational legacies. ^^Fascinating, informative, and attractively laid out, "Warriors of the Lord" will thrill anyone interested in Christian or cultural history. ^
-Publisher

Michael Walsh has written or edited over a dozen works on the history of the Church, both ancient and contemporary including Dictionary of Christian Biography, Dictionary of Devotions, New Dictionary of Saints: East and West and Pocket Dictionary of Popes. He was until recently, Librarian at Heythrop College, University of London.