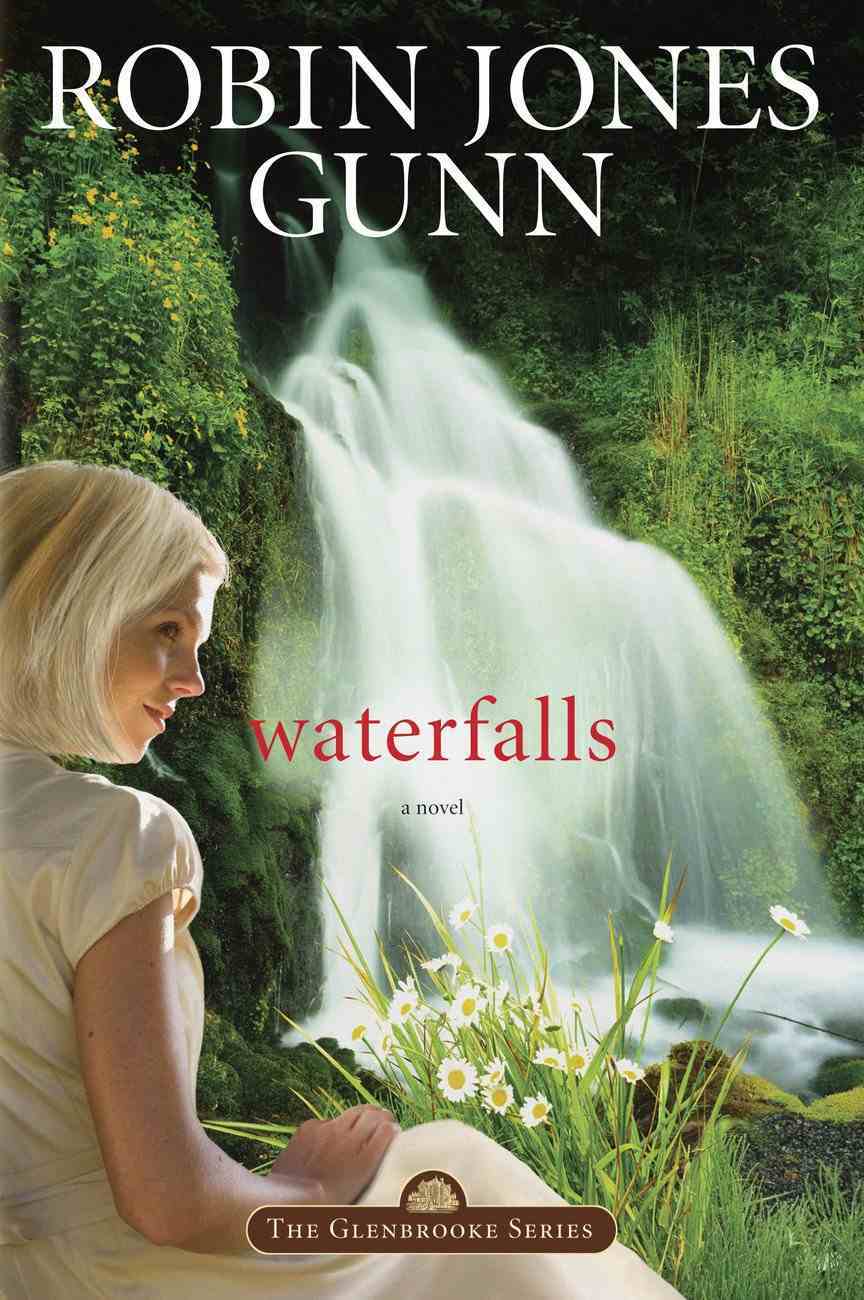 Meredith Graham's job as a children's book acquisitions editor takes her to Glenbrooke, Oregon, where she meets the only man who has ever made her heart leap: Jacob Wilde. Trouble is, his heart doesn't seem to be leaping in response...

Meredith Graham's job as a children's book acquisitions editor takes her to Glenbrooke, Oregon, where she meets the only man who has ever made her heart leap: Jacob Wilde. Trouble is, his heart doesn't seem to be leaping in response to hers. But then, Jake's a movie star. Out of her league. Still, she can't get him out of her mind. So when circumstances continue to throw the two of them together, Meri decides to pull out all the stops to win her "dream man" -- but all of her schemes can't prepare her for what happens when they meet again in this bestselling former Palisades release, now book six in the new Glenbrooke series by award-winning author Robin Jones Gunn.

Meredith Graham's job as a children's book acquisitions editor takes her to Glenbrooke, Oregon, where she meets the only man who has ever made her heart leap: Jacob Wilde. Trouble is, his heart doesn't seem to be leaping in response to hers. But then, Jake's a movie star. Out of her league. Still, she can't get him out of her mind. So when circumstances continue to throw the two of them together, Meri decides to pull out all the stops to win her "dream man" -- but all of her schemes can't prepare her for what happens when they meet again in this bestselling former Palisades release, now book six in the new Glenbrooke series by award-winning author Robin Jones Gunn. ^Fun-loving Meri Graham has never met her match... until now? ^Meredith's trip to Glenbrooke, Oregon, takes a decidedly interesting turn when she finds herself sharing a picnic with a man who makes her heart beat in triple time. Pretty, spunky, Meri has never had a problem holding her own with attractive men. But when
-Publisher

Gazing at her image in the guest-bathroom mirror, Meredith began to follow the instructions, using upward motions from her throat to her chin. She had heard once that all lotions and cleansers should be applied with upward motions as an act of defiance against gravity. Not that her twenty-four-year-old face was ready to wage war with gravity. Meredith just liked to think she had some control over her looks.

That&rsquo;s why she colored her hair. She had for years. One of her three older sisters, Shelly, had teased Meredith a few weeks ago, saying she was a recovering brunette. Shelly&rsquo;s husband, Jonathan, had added, &ldquo;Yeah, she keeps re-covering the brunette roots.&rdquo;

Meredith didn&rsquo;t care. At this very moment, she had the alarm on her watch set for twenty-five minutes and wore a perky blue plastic cap over her short, soggy, dyed locks. Her face was now covered in a subtle shade of lime. And she was enjoying every minute of this royal treatment.

She raised her eyebrows and watched the lines forming on her forehead. It resembled the way her mother looked when she was worried, and Meredith didn&rsquo;t like that. To her, people who walked around with wrinkled, worried foreheads were people who had no imaginations.

Meredith tilted up her chin and checked on the gooey green lotion rapidly drying on her neck. She tucked the blue plastic bonnet behind her right ear and made a gruesome face in the mirror as the drying mask cracked across her cheeks. With her best cackle, Meri squinted her left eye and said, &ldquo;I&rsquo;ll get you yet, my pretty!&rdquo;

The country-western music floating from the portable radio came to an end on her third cackle, and Meredith listened closely. &ldquo;It&rsquo;s 8:42 on this gorgeous first Saturday morning in May,&rdquo; the smooth voice of the female announcer said. &ldquo;We&rsquo;re looking for a high today in Glenbrooke Valley of seventy-eight degrees. Lows tonight around sixty with some partially cloudy skies tomorrow morning. Highs tomorrow near seventy.&rdquo;

The radio began to blare out a song with repetitious lyrics about a girl, a pickup truck, and a dog. Meredith flipped the &ldquo;off&rdquo; switch and rummaged in her cosmetics bag for her travelsized toothpaste and soap. Not that she needed to use her own. Jessica and Kyle had provided plenty of everything for the guests who were staying at their restored Victorian home for the big weekend event.

The room assigned to Meredith was the Patchwork Bedroom. Some of the women of Glenbrooke had made the patchwork quilt that graced the large brass bed. A framed square of patchwork fabric over the bed was part of a quilt made by a pioneer woman who had migrated west on the Oregon Trail more than 150 years ago. Jessica had been given the treasured piece by the pioneer&rsquo;s great-great-granddaughter.

This turret room was originally a storage place until Jessica transformed it into another guest room. Kyle had recently built on this small adjacent bathroom where Meredith stood, checking the timer on her watch. Four more minutes until she could hop into the shower.

The big kickoff at the camp wasn&rsquo;t until noon, but Meredith had promised her sister Shelly she would show up early to help with all the preparations. Shelly and her childhood sweetheart, Jonathan, had married in Seattle a year ago this weekend. They moved to Glenbrooke, where they worked side by side to develop a conference center in the woods. Kyle and Jessica owned the property and had had the original vision for the camp. About six months ago, in a broad stroke of generosity and trust, Kyle and Jess turned the whole project over to Jonathan and Shelly. And today was the grand opening of Heather Creek Conference Center.

Meredith squirted some toothpaste onto her toothbrush and made another wild Martian grin in the mirror. As the sample packet had promised, her face felt cracked. Time to hop into the shower.

Right before she turned on the water, Meredith realized she didn&rsquo;t have her clothes in the bathroom because she had been trying to decide what to wear. She had made the bed all sweet and tidy, almost as if she were afraid her mother would come in to check on her and scold her if it wasn&rsquo;t made yet. Then&#160;Meredith had tucked her luggage neatly in the corner of the room and decided that if Mom did come in for a room check, she would have nothing to criticize.

Meredith stuck the toothbrush in her mouth and began to scrub her teeth, grinning at her own gruesome appearance in the mirror. The blue-tinted &ldquo;skull cap,&rdquo; lime green cracked face, and foam now dripping from the corner of her mouth added up to quite a sight. If Mom checked on Meredith now, she would be in for a life-altering shock.

Opening the bathroom door, Meredith stepped into the guest room and headed for her suitcases in the corner. The cooler air of the bedroom chilled her legs under her big blue nightshirt as her bare feet padded across the room. She unzipped the bag with both hands, sucking on the toothbrush in her mouth, and pulled out her underwear, a white cotton shirt, and a pair of shorts.

Rising with her arms full, Meredith was starting back to the bathroom when she froze in place. She dropped her shorts and unwillingly swallowed the toothpaste foam in her mouth. She couldn&rsquo;t move. She couldn&rsquo;t scream. All she could do was stare.

A man was asleep on her bed. He had on all his clothes&mdash; even his shoes&mdash;and he looked as if he had dropped on the bed in a dead faint with his arms straight out to the sides and his palms up.

The man opened his eyes, then closed them. Suddenly his large brown eyes sprung open again. He shot straight up in bed. He stared at Meredith and let out a wild yelp that sounded like an animal caught in a trap.

&ldquo;Who are you?&rdquo; she yelled back, grasping her toothbrush like a dagger.

&ldquo;What are you doing in my room?&rdquo; The poor guy&rsquo;s face looked terrified.

Meredith realized her face looked, well&hellip;&ldquo;This is my room!&rdquo; she shouted. &ldquo;What are you doing in my bed?&rdquo;

In a confused stupor, the man tumbled from the bed and frantically grabbed his garment bag by the door. With one last bewildered and horrified glance at Meredith, the Avocado Alien, the tall, sunny blond male scrambled out the door.

For dramatic effect she slammed the door and locked it with a snap. She stood still, her back to the door, listening. Waiting. Her heart pounding. Wondering if anyone had heard them or if he would come back. She scanned the room for any more of his belongings. It appeared he had taken everything.

As soon as her pulse slowed down, she moved away from the door and gathered up her strewn articles of clothing. I can&rsquo;t believe that just happened! I probably shouldn&rsquo;t have yelled at the poor guy. He looked awfully confused. What am I saying? He invaded my privacy! I should have thrown something at him.

Marching into the bathroom, Meredith turned on the shower with a twist of the handle. Her hands were still shaking. It really was my fault. I should have locked the door. But how could he have gotten the wrong room? And why would he be asleep at nine in the morning?

Meri adjusted the shower curtain so the water wouldn&rsquo;t drip on the tile floor. What if he was waiting for me? Maybe he does landscaping around here, and he heard that a lovely young princess was staying in the corner turret, and he wanted to meet me so&hellip;

Meredith looked at herself in the mirror, and the fanciful fairy tale vanished with a poof. She smiled. Then she let loose her silvery, wind-chime laughter, spilling it all over the bathroom floor. &ldquo;Look at you, Meri Jane Graham. You are a fright to behold! You scared that poor guy to death.&rdquo;

She slipped into the warm shower still laughing. It felt great to rinse out the cold, smelly hair coloring and to liberate her cracked face.