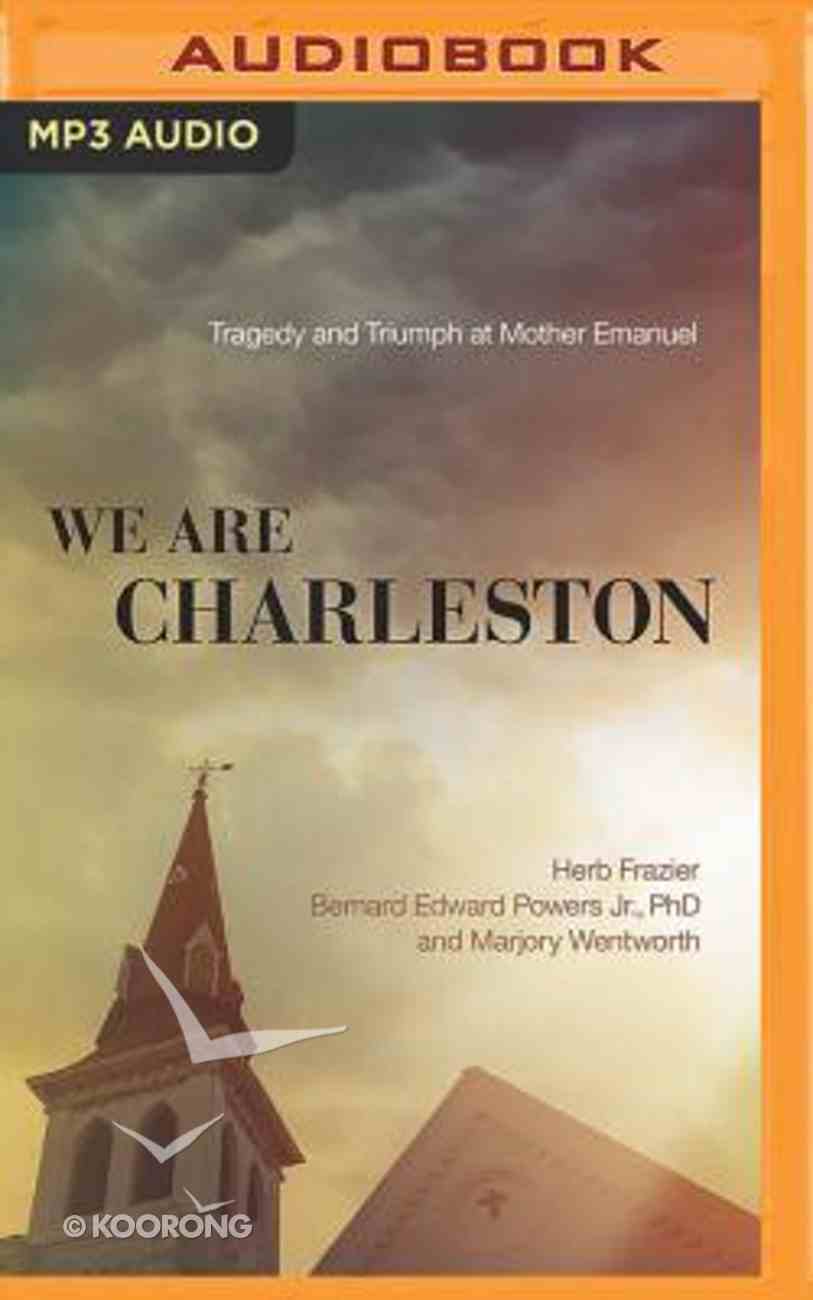 We Are Charleston (Unabridged, Mp3)

On June 17, 2015, at 9:05 p.m., a young man with a handgun opened fire on a prayer meeting at the Mother Emanuel African Methodist Episcopal (AME) Church in Charleston, South Carolina, killing nine members of the congregation. The captured...

On June 17, 2015, at 9:05 p.m., a young man with a handgun opened fire on a prayer meeting at the Mother Emanuel African Methodist Episcopal (AME) Church in Charleston, South Carolina, killing nine members of the congregation. The captured shooter, twenty-one-year-old Dylan Roof, a white supremacist, was charged with their murders. Two days after the shooting, while Roof s court hearing was held on video conference, the families of his nine victims, one by one, appeared on the screen forgiving the killer. The Emanuel Nine set a profound example for their families, their city, their nation, and indeed the world.


We Are Charlestonnot only recounts the events of that terrible day but also offers a history lesson that reveals a deeper look at the suffering, triumph, and even the ongoing rage of the people who formed Mother Emanuel A.M.E. church and the wider denominational movement.


In many ways, this church s story is America s story the oldest A.M.E. church in the Deep South fighting for freedom and civil rights but also fighting for grace and understanding. Fighting to transcend bigotry, fraud, hatred, racism, poverty, and misery. The shootings in June 2015, opened up a deep wound of racism that still permeates Southern institutions and remains part of American society.


We Are Charlestontells the story of a people, continually beaten down, who seem to continually triumph over the worst of adversity. Exploring the storied history of the A.M.E. Church may be a way of explaining the price and power of forgiveness, a way of revealing God s mercy in the midst of tremendous pain.We Are Charlestonmay help us discover what can be right in a world that so often has gone wrong."

Herb Frazier is the public relations and marketing manager for Magnolia Plantation and Gardens near Charleston, S.C. He grew up in the Ansonborough public housing projects in Charleston and at the U.S. Naval Base at Guantanamo Bay, Cuba. He has edited and reported for five daily newspapers in the South, including his hometown paper, The Post and Courier. In 1990, the South Carolina Press Association named him Journalist of the Year. Frazier studied journalism at the University of South Carolina and taught newswriting as a visiting lecturer at Rhodes University in South Africa. He is a former M

Marjory Wentworth is a Pushcart Prize-nominated poet who has worked extensively in human rights for organizations such as the UN High Commission for Refugees in Geneva, Switzerland; The Whole World Institute of Boston; and Church World Service in New York. She is the co-author of "Taking a Stand". She lives in Charleston, South Carolina.