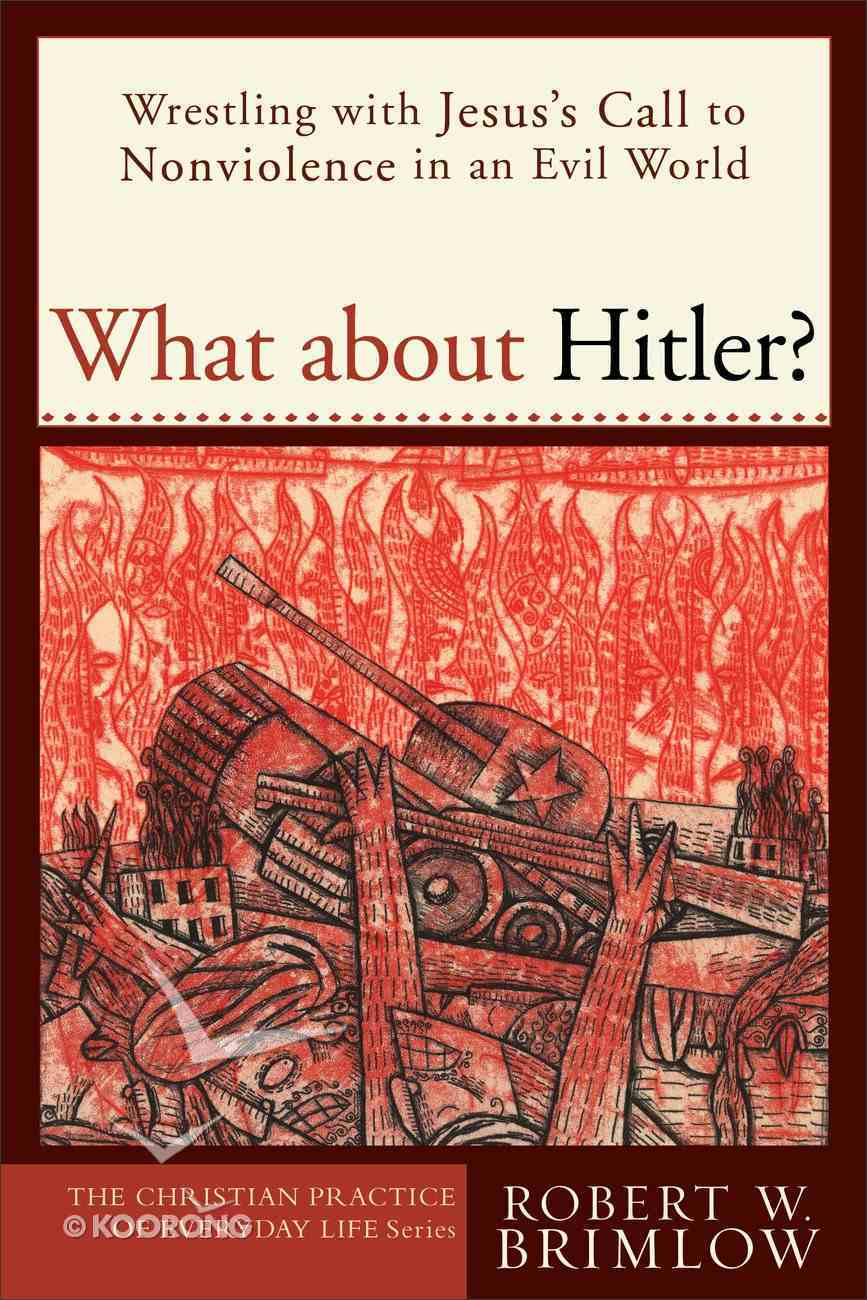 What About Hitler? (Christian Practice Of Everyday Life Series)

Jesus's admonition to love our enemies and pray for those who persecute us is a difficult injunction to put into practice. Is it ever permissible for Christians to respond to or retaliate against unmitigated evil? Robert Brimlow grapples with this...

Jesus's admonition to love our enemies and pray for those who persecute us is a difficult injunction to put into practice. Is it ever permissible for Christians to respond to or retaliate against unmitigated evil? Robert Brimlow grapples with this thorny question in What about Hitler? Throughout the book, he elegantly weaves together scriptural meditations, personal vignettes, and lucid philosophical thinking on various Christian stances toward war and violence. In addition, Brimlow delves into the mind of German pastor and theologian Dietrich Bonhoeffer, author of The Cost of Discipleship, who eventually conspired to assassinate Adolf Hitler.

Ultimately, Brimlow emerges as a staunch defender of Christian pacifism, yet both advocates of just war doctrine and peacekeepers will find their views strengthened by Brimlow's incisive and fair-minded approach. This work can be incorporated into undergraduate, graduate, and seminary courses dealing with Christian ethics and discipleship. It can also be used in adult study groups.

"This book is an honest examination of the most important challenge to pacifism: Would it not be right to use violence to stop great evil, such as that unleashed on the world by Hitler? Brimlow's honesty in dealing with the commands of Jesus is refreshing, and he does not shrink from confronting the dilemma of being a pacifist in a 'supreme emergency' of demonic evil unleashed on society. His answers are profound in their simplicity and honesty because he does not shy away from admitting that although God triumphs in the end, sometimes in this world evil triumphs over good in the here and now. He knows that nothing closes that gap but faith."
--Craig A. Carter, author of The Politics of the Cross

^ "A searching examination of just war and pacifist approaches to war and violence that leads to advice on discipleship. It is a book I would make required reading for a course on the morality of war, even though I don't always agree."
--Arthur F. Holmes, editor of War and Christian Ethics: Classic and Contemporary Readings on the Morality of War
-Publisher.

Must Christians always turn the other cheek and resist violence? Is it ever justifiable for Christians to retaliate in the face of evil? Philosopher Robert Brimlow struggles with these questions in What about Hitler? The author skillfully integrates meditations on scriptural passages, personal reflections on his own challenges to live nonviolently, and a hard-hitting philosophical examination of pacifism and just-war doctrine.

Both Christian pacifists and defenders of just-war theory will appreciate this book. In addition, What about Hitler? will appeal to those interested in Christian ethics and discipleship, including students, pastors, and laity.
-Publisher

Robert W. Brimlow (Ph.D., University of Rochester) is associate professor of philosophy at St. John Fischer College in Rochester, New York. He is the coauthor, with Michael Budde, of Christianity Incorporated and author ofWhat about Hitler?: Wresting with Jesus' Call to Nonviolence in a world of Evil.

After War, is Faith Possible?
G A Studdert Kennedy
eBook

Ethics and the Wars of Insurgency
Kenneth L Vaux
eBook