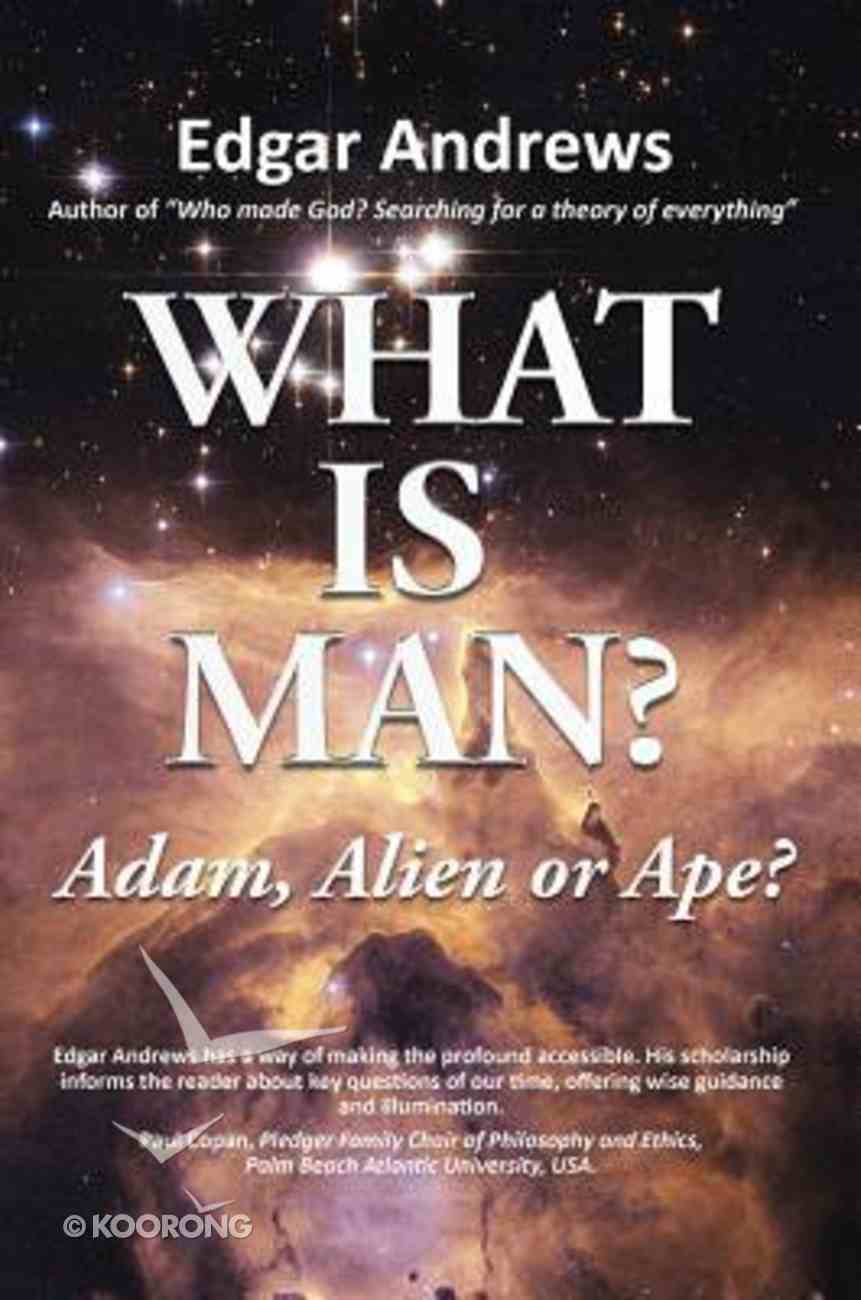 : In 1906, American humorist Mark Twain published a sixty-page essay entitled "What is man?" Consisting of an interminable dialogue between a senior citizen (who believes that man is just a machine) and a young man (who believes nothing in...

Who Made God? Searching For a Theory of Everything
Edgar Andrews
eBook

Who Made God? Searching For a Theory of Everything (3rd Ed)
Edgar Andrews
Paperback

Jesus Or Nothing
Dan Dewitt
eBook

:
In 1906, American humorist Mark Twain published a sixty-page essay entitled "What is man?" Consisting of an interminable dialogue between a senior citizen (who believes that man is just a machine) and a young man (who believes nothing in particular but is open to persuasion), it wasn't one of his finest books. But at least he tried. Authors since then seem to have avoided the subject like the plague, often tackling the respective roles of men and women in society but seldom asking deeper questions about what it means to be human. When the psalmist asked, "What is man?" (Psalm 8 v.4) he was, I think, seeking an altogether more profound answer.


Avoidance of the subject is all the more strange because there has never been a time like our own when curiosity about human origins and destiny has been greater, or the answers on offer more hotly disputed. It's a safe bet that any attempt to give the "big picture" on the origin, nature and specialness of mankind will be contentious -which might explain why writers have generally fought shy of it. Yet at heart it is the question most of us really do want answered, because the answer defines that precious thing we call our identity, both personally and as a race.


The Psalmist did, of course, offer his own answer three millennia ago. Man, he claimed, was created by God for a clearly defined purpose - to exercise dominion over planet earth and (by implication) to ultimately share something of the glory of the divine nature. The rest, as they say, is history, but it's not a happy tale. As Mark Twain says in another essay; "I can't help being disappointed with Adam and Eve". Not surprisingly, then, a large proportion of humanity today are looking for alternative solutions, accepting the challenge of the Psalmist's question without embracing the optimism of his answer.


In this book we are going to consider the alternative solutions on offer by considering what it means to be human against the backgrounds of cosmology (man's place in the universe), biology (man's place in the animal kingdom), and psychology (man's consciousness and mind). Finally, we return to the biblical context, arguing that the Psalmist got it right after all.Don't let the science-sounding stuff put you off. Like its popular prequel, "Who made God? Searching for a theory of everything", this book is written with a light touch in a reader-friendly and often humorous style. It is intended specifically for the non-expert, with homely verbal illustrations designed to explain and unpack the technicalities for the lay-person. As Dr. Paul Copan (Pledger Family Chair of Philosophy and Ethics, Palm Beach Atlantic University) says, "Edgar Andrews has a way of making the profound accessible. His scholarship informs the reader about key questions of our time, offering wise guidance and illumination."

Edgar Andrews is Emeritus Professor of Materials at the University of London and a leader of the Campus Church in Welwyn Garden City, Hertfordshire, England. He is the author of several titles on the subject of evolution and creation and also of The Spirit has Come, which has been described as a 'scholarly and conclusive work' on the person and work of the Holy Spirit. More recently he has written Welwyn Commentary: Free In Christ (Galatians), Welwyn Commentary: A Glorious High Throne (Hebrews) and Preaching Christ, (a small book that sets out the biblical imperative of preaching Christ).

The Questions Christians Hope No One Will Ask
Mark Mittelberg
Paperback