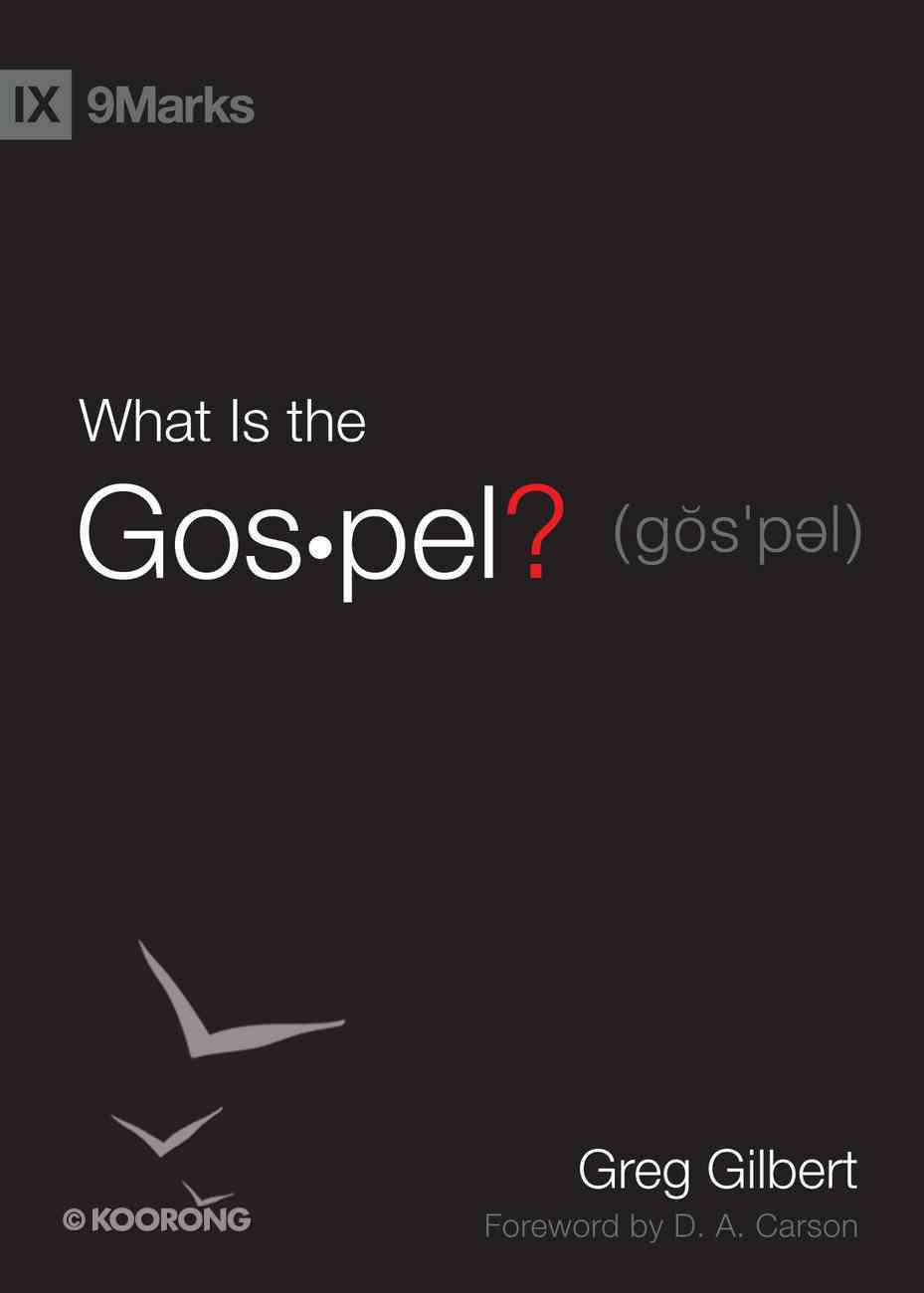 What is the Gospel? (9marks Series)

What is the gospel? It seems like a simple question, yet it has been known to incite some heated responses, even in the church. How are we to formulate a clear, biblical understanding of the gospel? Tradition, reason, and experience...

Why Should I Be Baptized? (9marks Church Questions Series)
Bobby Jamieson
Booklet

Why Should I Be Baptized? (9marks Church Questions Series)
Bobby Jamieson
eBook

What is the gospel? It seems like a simple question, yet it has been known to incite some heated responses, even in the church. How are we to formulate a clear, biblical understanding of the gospel? Tradition, reason, and experience all leave us ultimately disappointed. If we want answers, we must turn to the Word of God.


Greg Gilbert does so in What Is the Gospel? Beginning with Paul's systematic presentation of the gospel in Romans and moving through the sermons in Acts, Gilbert argues that the central structure of the gospel consists of four main subjects: God, man, Christ, and a response. The book carefully examines each and then explores the effects the gospel can have in individuals, churches, and the world. Both Christian and non-Christian readers will gain a clearer understanding of the gospel in this valuable resource.

Greg Gilbert is senior pastor of Third Avenue Baptist Church in Louisville, Kentucky, and the author of What Is the Gospel? He holds degrees from Yale University (B.A.) and The Southern Baptist Theological Seminary (M.Div.).<BR><BR>

Why Bother With Church?: And Other Questions About Why You Need It and Why It Needs You (Questions Christian Ask Series)
Sam Allberry
Paperback

Making the Most of the Cross
John Chapman
Paperback

The Holiness of God: The Character of God Which Defines All We Are & Do
R C Sproul
Paperback