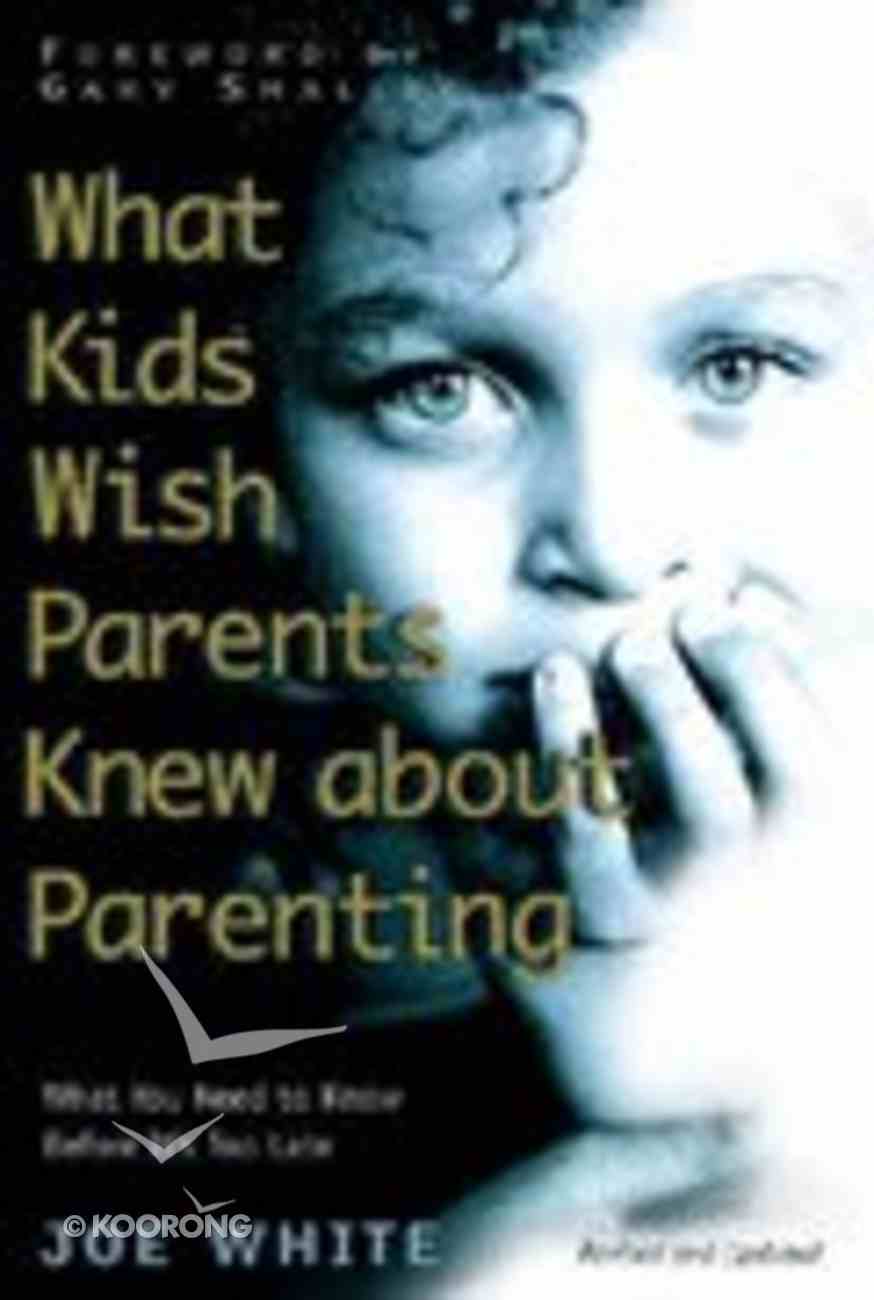 It's an alarming moment when it dawns on parents that their child is in trouble. And if you aren't perceptive you may never know until you find a half-smoked marijuana joint in a jeans pocked on laundry day or a...

What My Parents Did Right!
Various Authors
eBook

It's an alarming moment when it dawns on parents that their child is in trouble. And if you aren't perceptive you may never know until you find a half-smoked marijuana joint in a jeans pocked on laundry day or a sexy love note left inadvertently on a dresser or a citation from the police. ^In times like these, when children are making adult decisions that are often devastatingly destructive, parents must examine the facts and learn how to be what their kids need them to be before it's too late. ^
-Publisher

Part IThe Lights Are On, But . . . The chains of habit are too weak to be felt untiltheyre (almost) too strong to be broken. orphan \or-fan\ n. 1. A child whose parents have left himphysically. 2. A child whose parents have left him emotionally.3. Can be evidenced by a half-smoked joint in a jeans pocket or asexy love note left inadvertently in a drawer or a citation fromthe local police. Chapter One: Slipping Away Were so busy giving our kids what we didnt havethat we dont take time to give them what we did have.I hate to sound selfish, like everythings mine,but please dont get mad when I ask for your time.Ill never forget the day I hit bottom in my career as adaddy. I first started realizing my failure the day my oldest sonsbabysitter taught him how to ride his bike. Its such amonumental achievement for a boy--in fact, five decadeshavent erased the memory of reaching that milestone in myown life. But Brady had to experience it without me.Busy (as usual) with work, I met Brady for a quick lunch thatday, and he beamed with excitement as he shared the news.I had all the right things to say: "Wow, Brady! Thatsgreat! Im so proud of you." Then I added, "Brady,can I come watch you ride your bike later this afternoon?"The response from my sweet, gentle-spirited six-year-old fell onme like an avalanche. "No, Dad, thats okay.Youre busy in the summer."Im fighting the tears again as I remember the deep remorseI felt. He had opened my heart more skillfully than a surgeon.I was losing my son.He knew it, and I knew it.In my job as president of a large summer camp complex, I was sobusy rescuing other peoples kids that my own were drowning.And the problem--as I knew Brady couldnt help butdiscover as time went on--was that Im busy not only inthe summer but also in the fall, winter, and spring.Brady . . . he was so little then, but he had the superimagination and the super-sensitivity that made his daddy workharder on smoothing his many rough edges and his hard-drivingdisposition. With a quick look into the future, I could see Bradyas a teenager in someone elses counseling office trying tosort out his bitterness toward a father too busy to show hecared.Not long afterward, my youngest daughter was attending one of ourshort-term camps. We agreed to abide by the rule requestingparents not to visit their children for the entire week.(Thats tough!)On the fifth night, Courtney got a touch of homesickness. Shebegan to cry, and her counselor came to her bed to give her somehugs and tenderness."Corky, dont cry anymore. Youll be home in twodays, and youll get to see your daddy and everything.""I never get to see my daddy!" was her bold protest.When the week was over, the camp director came to my house."Sit down," he said abruptly. I sat down, wonderingwhat this was all about.He told me about the conversation between the counselor andCourtney--little Corky, with long, blond hair and dimplesthat cant help but melt her daddys heart. Even whenthe lower lip was out in an occasional protest, a few tickles andfunny faces could bring the dimples back to their rightful place."What are you going to do about it?" he asked.I squirmed. He looked deep into my ey
-Publisher

Joe White, author of eleven books -- includingPure Excitement, which won the Gold Medallion Teen Book of the Year for 1997 -- is a noted speaker on family and teen issues. He is the president of Kanakuk-Kanakomo Kamps, Inc., which hosts 14,000 campers each summer. He has spoken for such noted events as James Dobson's Focus on the Family, Promise Keepers, and Life on the Edge parent and teen conferences. He is the co-host of a national radio showLife on the Edge Live. He also speaks regularly at NFL football and professional baseball chapels.

Keeping Your Kids on God's Side
Natasha Crain
eBook