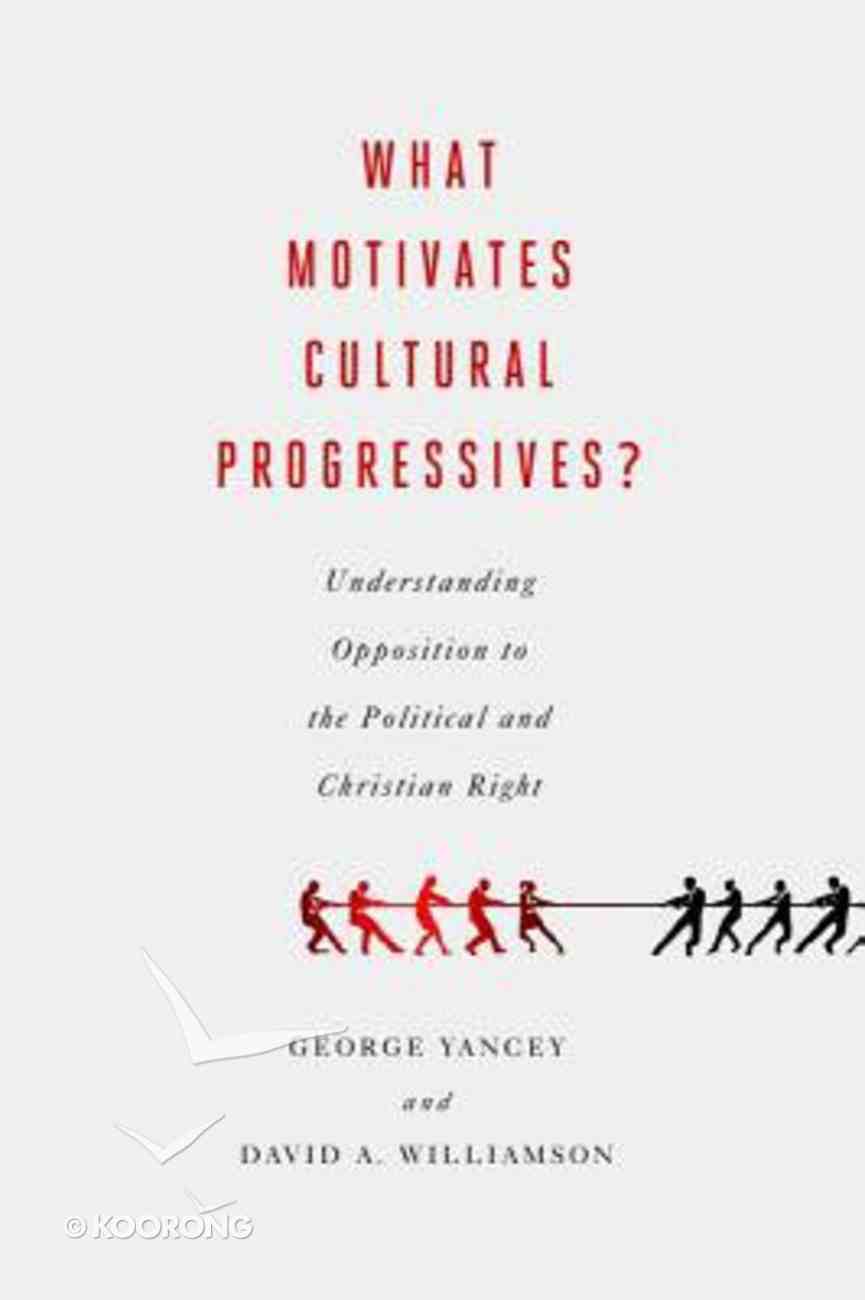 : Public activism has grown significantly during the 21st century as a cornerstone of the democratic process. But activism, regardless of its ideological roots, is often interpreted through the lens of the culture wars--pitting social movements with opposing ideals against...

Available to Order
Expected to ship in 17 to 21 weeks from Australia.
Learn More
Free Shipping
for orders over $99.

The Future of Faith in American Politics: The Public Witness of the Evangelical Center
David P Gushee
Paperback

I Think You're Wrong: A Guide to Grace-Filled Political Conversations (But I'm Listening)
Sarah Stewart Holland, Beth A Silvers
Paperback

:
Public activism has grown significantly during the 21st century as a cornerstone of the democratic process. But activism, regardless of its ideological roots, is often interpreted through the lens of the culture wars--pitting social movements with opposing ideals against one another. For too long, as George Yancey and David Williamson argue, progressive activists, one side of these culture wars, have been seldom studied and virtually never critiqued in public conversation.


Yancey and Williamson describe and analyze the multifaceted cultural progressive movement and its place within the larger American society. What they uncover is a collective identity informed by staunch opposition to cultural conservatives--both political and religious--that is motivated by the progressive activist's preference for absolute rationality. Further, Yancey and Williamson argue that, despite great resistance to conservatives purportedly nonrational appeals, progressive activists are found to use irrational techniques when seeking to establish their movement and position their cause as socially legitimate.


In the contemporary heated political climate the often-surprising and likely controversial findings of What Motivates Cultural Progressives? will prove essential, thought-provoking reading for understanding the growing concern over the influence of activism.

The author of 15 plays, as well as numerous screen and television scripts, David Williamson is certainly Australia's most prolific playwright. He is also the country's most popular dramatist and the one best known abroad. Finally, most critics and general theatergoers would agree that he is the best playwright Australia has produced so far. Although his screenplays move into areas outside Australia, the plays remain fixed in his native land. Always well received in Australia, they have also been successful in Europe and the United States. Williamson's greatest achievement, then, lies in the way he makes universal that experience peculiar to Australians. Born in a small town near Melbourne, Williamson did not appear destined for a theatrical career. While majoring in engineering in college, he began writing for campus productions, and soon turned to a career as a playwright. Not particularly experimental, each play is marked by firm structure, exact sense of place, vivid language, satire, and comedy. These elements cohere to reveal believable characters facing often ordinary conflicts. Their responses are sometimes mundane and muddled, and rarely does a resolution take place. Among his works of the 1970s, The Removalists (1971) uses techniques of theater of cruelty. The plot revolves around police violence against individuals as a metaphor for gratuitous violence in society. Don's Party (1971) reveals the public and personal frustrations of a group of professional men and women at an election day party. In The Coming of Stork, a group of educated, urban young men and women seek their places in the social structure. The adverse role the Vietnam War played in Australian society is depicted in Jugglers Three, while What If You Died Tomorrow dramatizes the effect of fame on marriage and family relationships. Later plays include Travelling North (1980), The Perfectionist (1982), Sons of Cain (1985), Emerald City (1987), and Top Silk (1990). Williamson has addressed a number of themes, many relevant to Australian society and to cultures in other parts of the world. Yet his plays are never didactic; they entertain first, and then challenge the viewer. Insisting that his work is naturalistic, Williamson does indeed create a very real picture of life. Always, though, the reality is tempered by comedy and by a sympathetic attitude toward the characters inhabiting the imaginary world of the stage---a world in which viewers at times see themselves and their own foibles exposed.

George Yancey (PhD, University of Texas) is professor of sociology at the University of North Texas, specializing in race/ethnicity, biracial families and anti-Christian bias. He is the author, coauthor or coeditor of books such as Compromising Scholarship: Religious and Political Bias in American Higher Education, Dehumanizing Christians: Cultural Competition in a Multiculltural World, There Is No God: Atheists in America, Beyond Black and White, Beyond Racial Gridlock and Just Don't Marry One. He is the founder of Reconciliation Consulting, helping churches and ministries develop and sustain