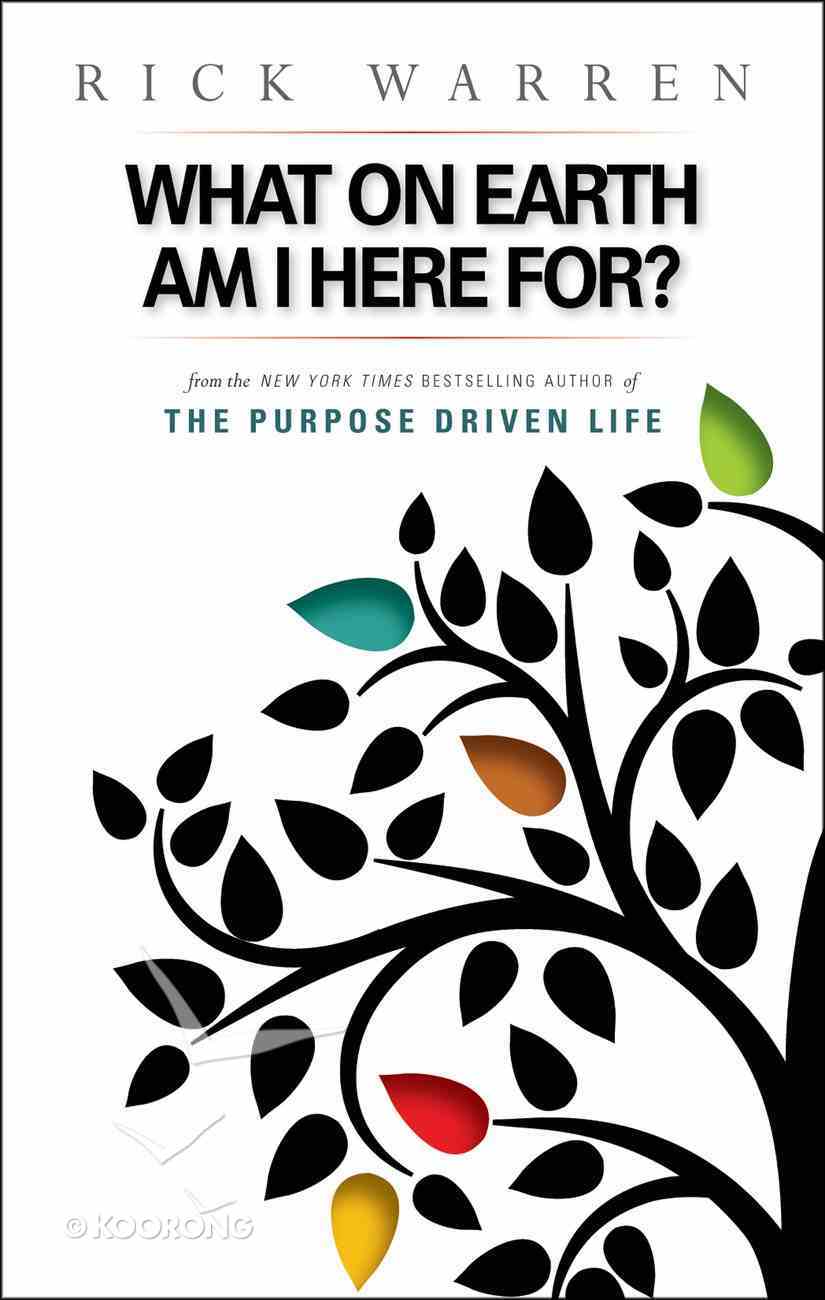 What on Earth Am I Here For?

An evangelistic booklet based on The Purpose Driven Life.

An evangelistic booklet based on The Purpose Driven Life.

An evangelistic booklet based on the first three chapters of the New York Times #1 bestselling book The Purpose Driven Life.


This small booklet will start your journey in knowing your life's purpose and living the life you were meant to live, which will:

Give your life meaning Simplify your life Focus your life Increase your motivation Prepare you for eternity
To continue the journey, purchase the full-length edition of The Purpose Driven Life--available in audiobook, ebook, softcover, and hardcover editions. Also available: The Purpose Driven Life video study and study guide, journal, devotional, book for kids, book for churches, Spanish edition, Large Print edition, and more.

What on Earth Am I Here For? (DVD Study) (The Purpose Driven Life Series)
Rick Warren
DVD