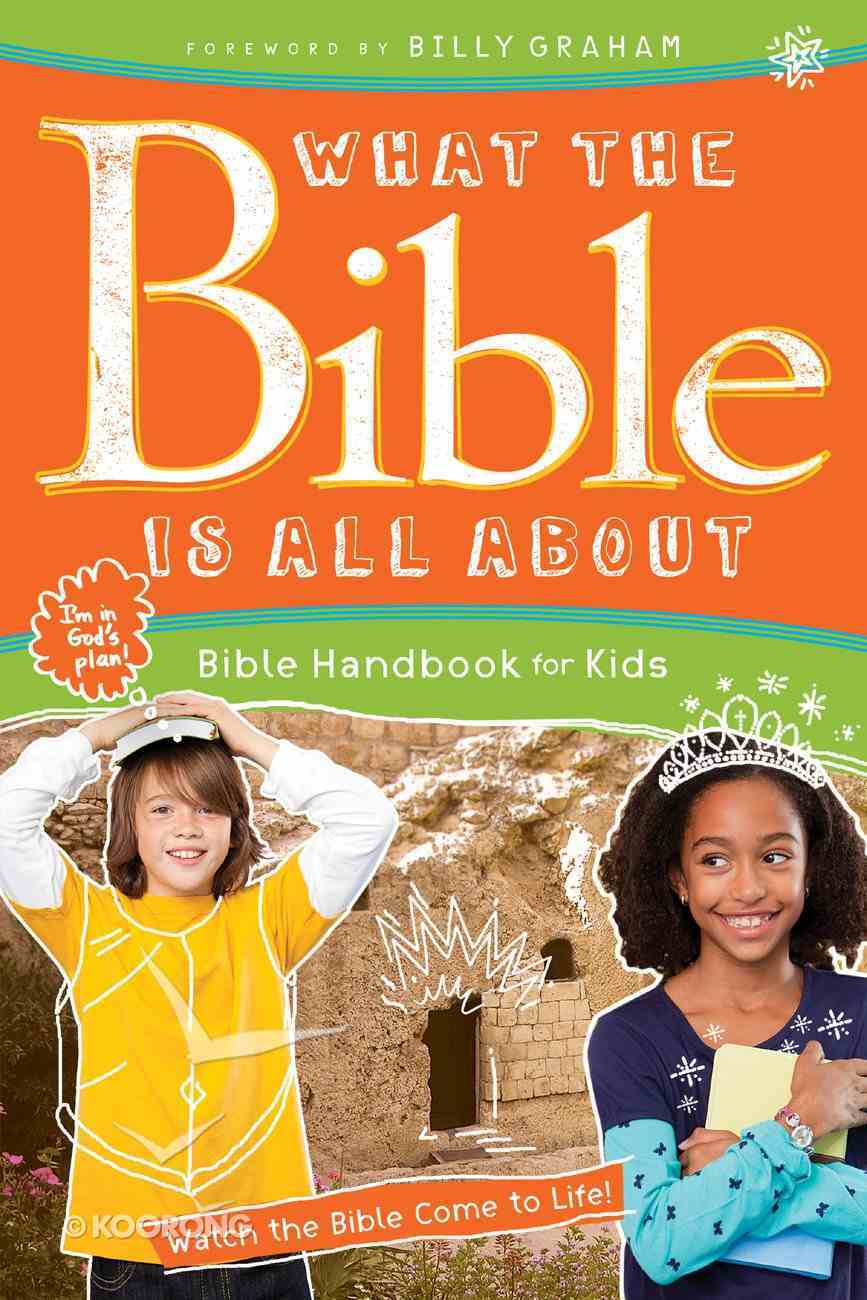 What the Bible is All About

:Unlock the secrets of Scripture and discover Jesus in every book of the Bible! What the Bible Is All About Bible Handbook for Kids , based on Dr. Henrietta Mears? classic Bible handbook, is your ultimate guide to God's Word....

What the Bible is All About (Visual Edition)
Henrietta Mears
Paperback

What the Bible is All About
Henrietta Mears, Billy Graham (Fwd), Ruth Bell Graham (Fwd)
Paperback

What the Bible is All About
Roger Carswell
Booklet

What the Bible is All About
F Blankenbaker, Billy Graham (Fwd), Henrietta Mears
eBook

The Big Book of Bible Questions For Kids: 1,001 Things Kids Want to Know About God and His Word
Tracy Sumner
Paperback

:Unlock the secrets of Scripture and discover Jesus in every book of the Bible! What the Bible Is All About Bible Handbook for Kids, based on Dr. Henrietta Mears? classic Bible handbook, is your ultimate guide to God's Word. Inside you'll find maps, charts, timelines, and illustrations that will help you track down the richest treasure of all: God's plan to save the world! As you discover and decode each book of the Bible, God's Story will take shape and you'll begin to see Jesus on every page.

Inside you'll find: Background on the writer of each book Jesus Connection for every book in the Bible Word definitions to help you understand the Bible's meaning Lists of important people so you know who to watch for as you read. Illustrations, timelines, and maps that show when and where key events took place Summaries for each book that reveal how each part fits with the ?big picture? Info on archeological discoveries and life in Bible times that gives insights on the world of the Bible
-Publisher

DR. HENRIETTA C. MEARS is well known as the teacher of some of the most influential Christian leaders of our time, including Billy Graham and Bill Bright. She was the founder of Gospel Light, GLINT and Forest Home Christian Conference Center, and the author of the best-selling Bible handbook What the Bible is All About. Miss Mears died on March 20, 1963, leaving behind a ministry that still thrives today.