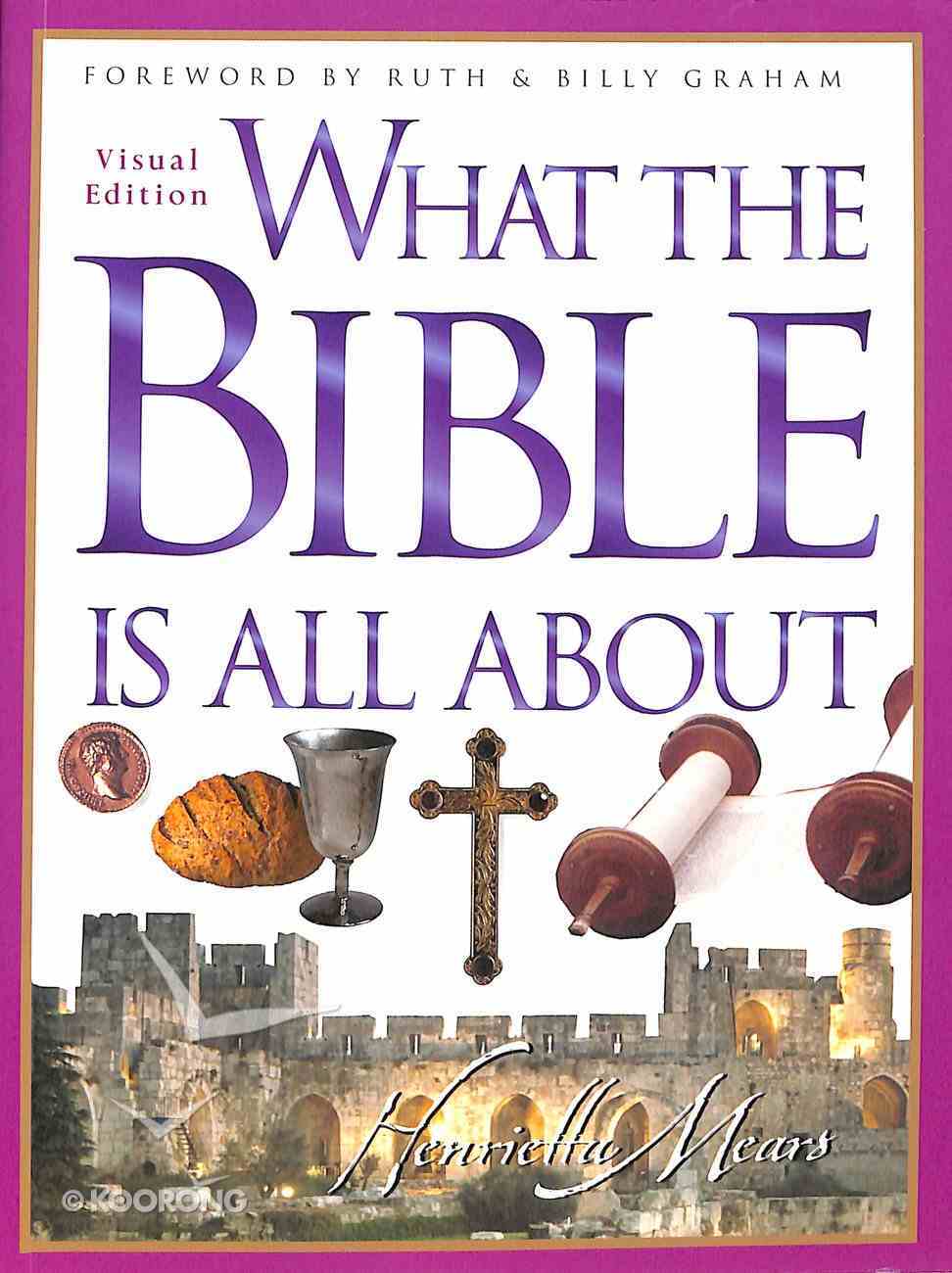 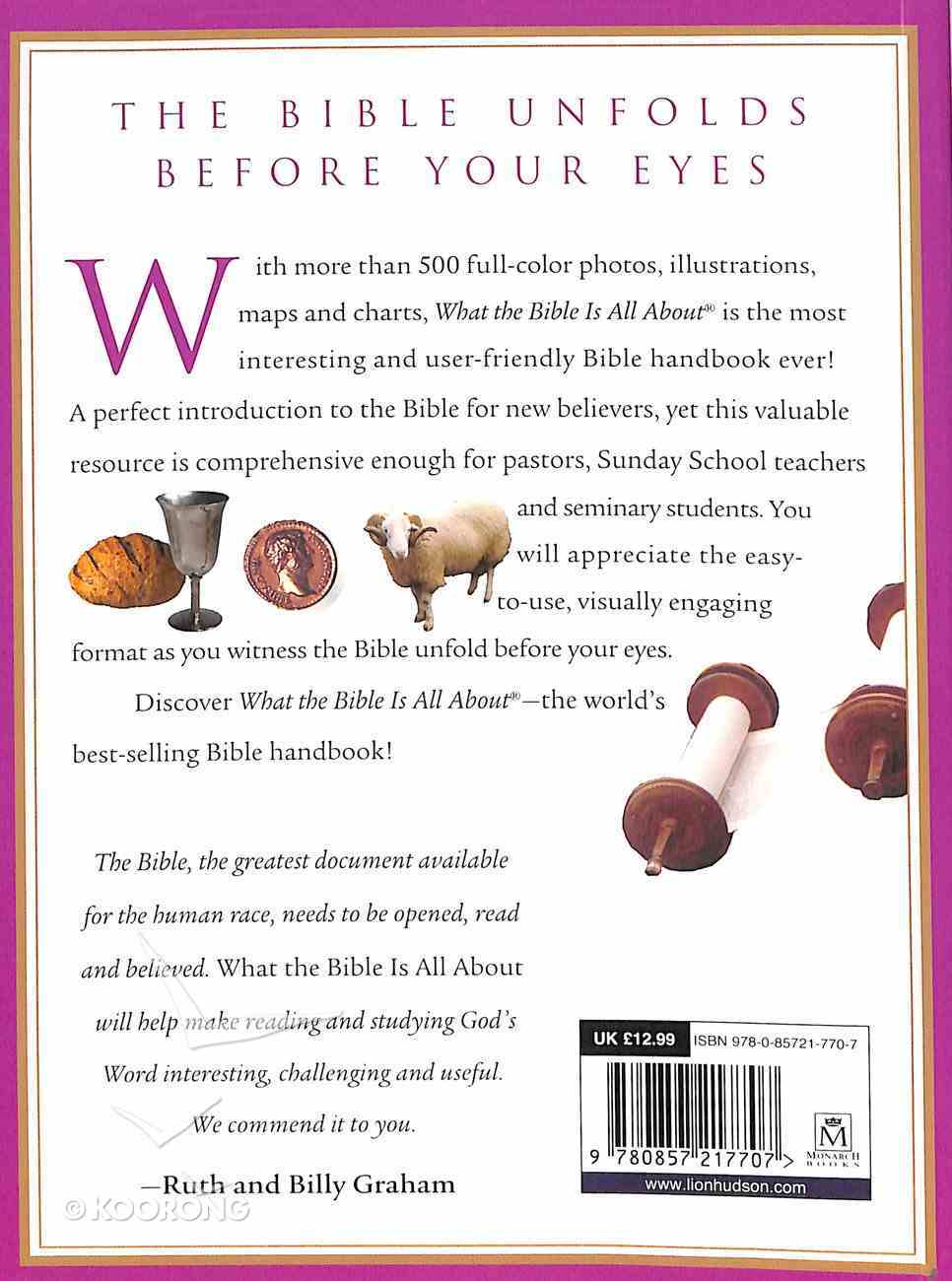 What the Bible is All About

:This classic handbook, written by Henrietta Mears, has been a staple resource for many years. It will prove invaluable for all those seeking to deepen their understanding of the Bible, as it presents a wealth of information in an approachable...

What the Bible is All About (Visual Edition)
Henrietta Mears
Paperback

What the Bible is All About KJV
Henrietta Mears
eBook

:This classic handbook, written by Henrietta Mears, has been a staple resource for many years. It will prove invaluable for all those seeking to deepen their understanding of the Bible, as it presents a wealth of information in an approachable way. Here is a comprehensive journey through the Bible, clearly written, and accompanied by more than 500 full-colour photos, illustrations, maps and charts. This user-friendly volume will be useful for all those looking for a guide to the Bible, from those in need of an introduction through to church leaders and students.
-Publisher

Ruth Bell Graham was the child of missionary parents, the admired and beloved wife of world-renowned evangelist Billy Graham, mother of five children, grandmother of 19, and great grandmother to a growing number. Ruth was also an accomplished author. In 1996 Ruth and Billy Graham were awarded the Congressional Gold Medal. Her hometown was Montreat, North Carolina where she died on June 14, 2007.

DR. HENRIETTA C. MEARS is well known as the teacher of some of the most influential Christian leaders of our time, including Billy Graham and Bill Bright. She was the founder of Gospel Light, GLINT and Forest Home Christian Conference Center, and the author of the best-selling Bible handbook What the Bible is All About. Miss Mears died on March 20, 1963, leaving behind a ministry that still thrives today.

Infographic Guide to the Bible: The Old Testament: A Visual Reference For Everything You Need to Know
Hillary Thompson, Edward F Duffy, Erin Dawson
Paperback