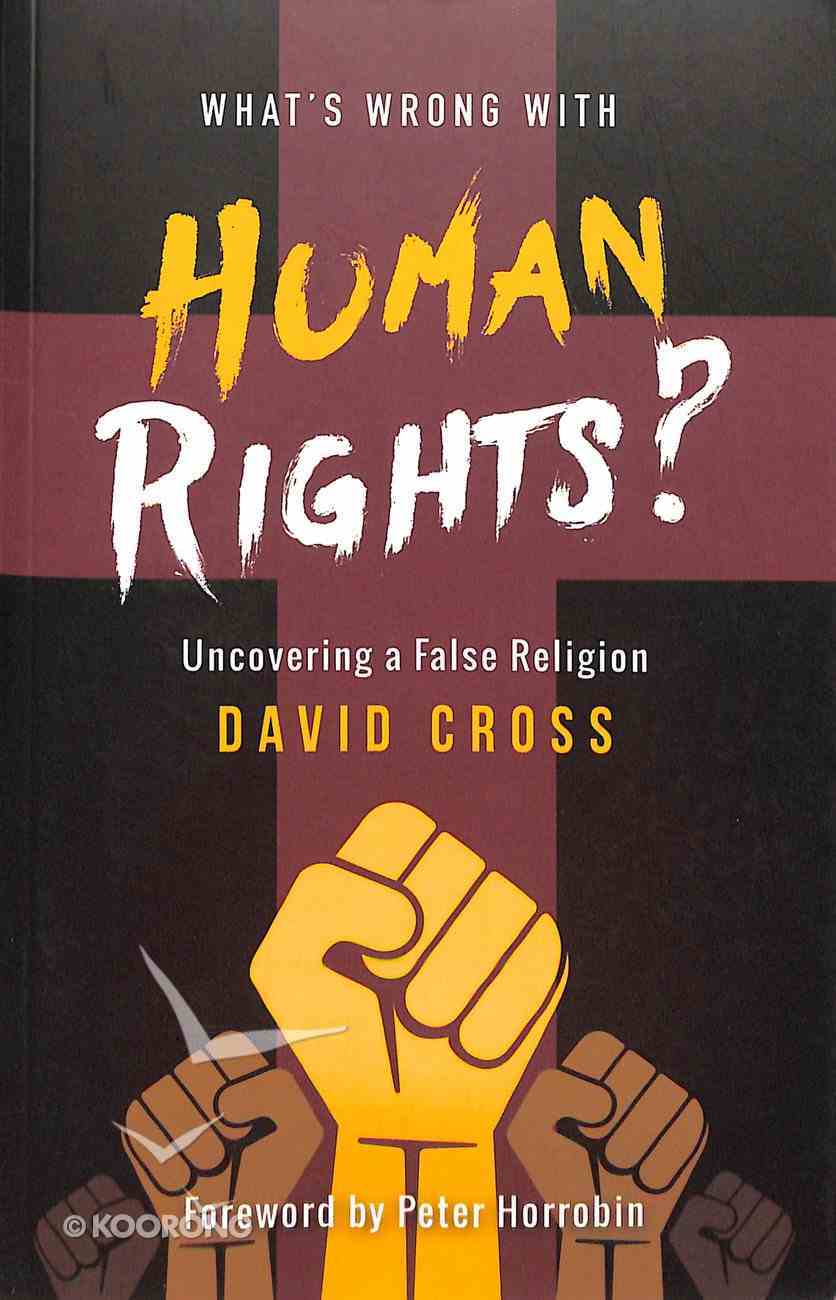 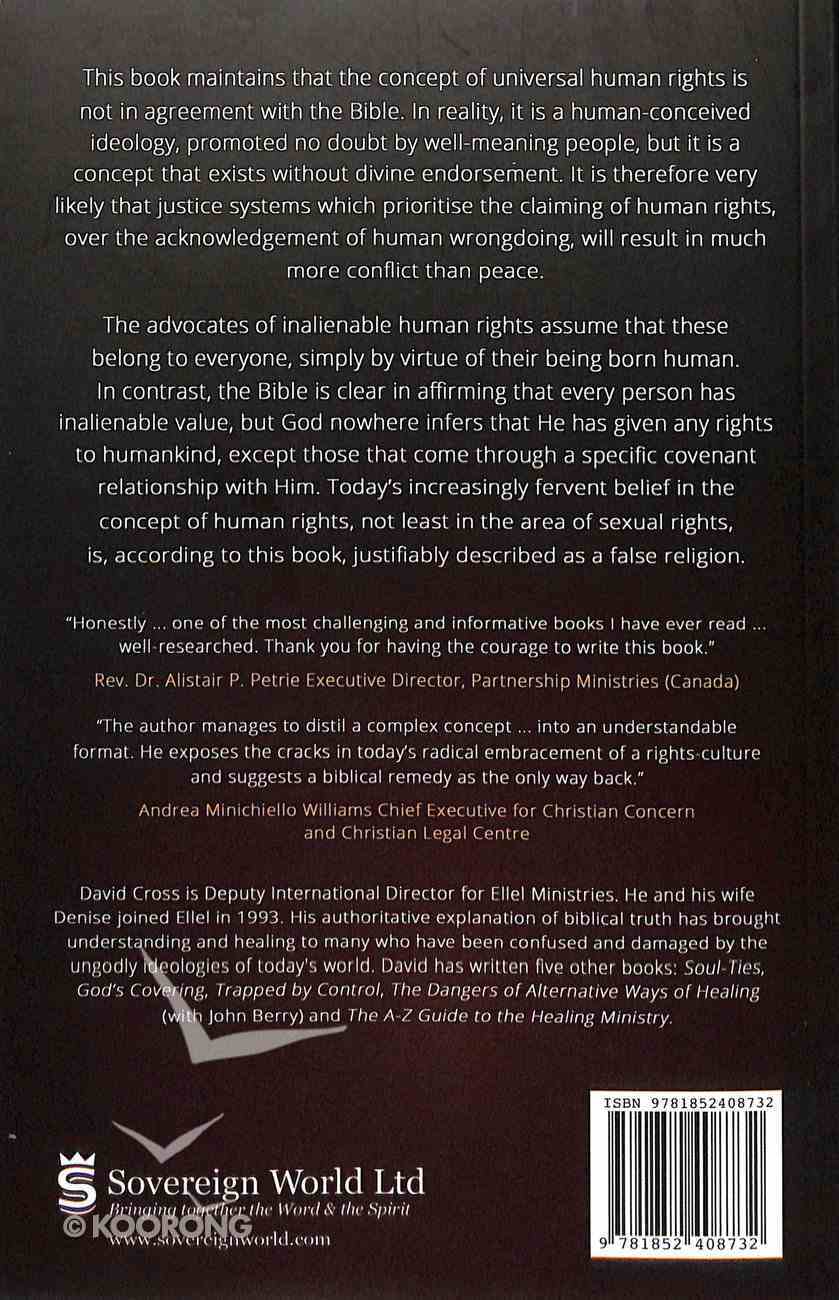 This book maintains that the concept of universal human rights is not in agreement with the Bible. In reality, it is a human-conceived ideology, promoted no doubt by well-meaning people, but it is a concept that exists without divine endorsement....

The Human Right: To Know Jesus Christ and to Make Him Known
Rice Broocks
Paperback

This book maintains that the concept of universal human rights is not in agreement with the Bible. In reality, it is a human-conceived ideology, promoted no doubt by well-meaning people, but it is a concept that exists without divine endorsement. It is therefore very likely that justice systems which prioritise the claiming of human rights, over the acknowledgement of human wrongdoing, will result in much more conflict than peace.

The advocates of inalienable human rights assume that these belong to everyone, simply by virtue of their being born human. In contrast, the Bible is clear in affirming that every person has inalienable value, but God nowhere infers that He has given any rights to humankind, except those that come through a specific covenant relationship with Him. Today's increasingly fervent belief in the concept of human rights, not least in the area of sexual rights, is, according to this book, justifiably described as a false religion.


"Rarely have I read such an informative, historically accurate, and biblically correct book. David Cross has clearly defined why the matter of 'human rights' is one of the most serious issues of the day. This book is an in-depth "Divine litmus test" that is desperately needed in a world of increasing entitlement, lawlessness and humanly defined, so-called inalienable rights, which contrast sharply with the values and rights constituted by a Sovereign God.
In these pages, David offers profound hope in a failing society - a society that is trying to re-define itself morally, ethically, politically and even re-define God! But, in the end there will be grave consequences, as Isaiah reminds us - "Woe to those who call evil good and good evil, who put darkness for light and light for darkness, who put bitter for sweet and sweet for bitter" (Isaiah 5:20).
Not only do I enthusiastically endorse this book, but it is my fervent hope that it finds its way into the hands of every serious seeker of truth - especially every church and government leader, in as many circles as possible. Be prepared to be challenged and have your Bible close at hand!"
- Rev Dr Alistair P Petrie, author and Executive Director of Partnership Ministries

"This insightful book makes it clear where the human rights movement has gone wrong and deserves serious consideration and analysis. From both a theological and legal perspective, David Cross's juxtaposition of Biblical teaching and misplaced human rights theory is powerful and persuasive. From the Enlightenment onwards, he shows a convincing knowledge of history and philosophy, crafting a dynamic apologetic as to how today's 'rights' movement is in essence a Tower of Babel movement.
What's Wrong with Human Rights is accessible and impressive. David manages to distil extremely complex concepts and philosophical traditions into an understandable and gratifying format which can be enjoyed by anyone whatever their background, from the layman to the graduate student.
By exposing the cracks in today's radical embracement of a rights culture and suggesting a Biblical remedy as the only way back, he has transformed old-school Christianity into the newschool legal world. It is a must read for anyone interested in today's culture wars."
- Andrea Minichiello Williams, CEO for Christian Concern and Christian Legal Centre

Is the concept of universal human rights in agreement with the Bible? This book says that the answer to that question is quite simply no. It is actually a man-conceived ideology which is relentlessly promoted these days, no doubt by well-meaning people, but it exists without any divine endorsement, from a biblical point of view. At best it is a useful tool for giving a voice to those who are truly oppressed in this troubled world, but it will not give them a lasting solution. Any justice system which prioritises the claiming of rights, rather than the acknowledgement of wrongdoing, is much more likely to create conflict in society than to settle it.The foundational, sometimes called inalienable, human rights discussed in this book are assumed to belong to everyone, simply by virtue of their being born human. The Bible is absolutely clear in affirming that every human being has inalienable value, but God nowhere infers that He has given any rights to humankind except those that come through a covenant relationship with Him. This book claims that today's increasingly fervent belief in the concept of human rights, not least in the area of sexual rights, is best described as a man-made religion, and therefore a false religion.
-Publisher

He graduated from Nottingham University in 1969 and qualified as a chartered civil engineer, leading to a varied working career, which included building roads and bridges in the Highlands of Scotland and, in the early 1980s, overseeing the construction of new town development in the New Territories area of Hong Kong. It was here that a huge personal change of direction occurred when he gave his life to Jesus.

Returning to Scotland, David became very active in church life and in leading ski tours in the Cairngorm Mountains. In order to further the Christian healing ministry in the Highlands, as an elder in the Church of Scotland, he and others in the local church made contact with Ellel Ministries in 1991, and two years later David and his wife Denise joined the Ministry at the international headquarters of Ellel Grange, near Lancaster.

David and Denise have three children and eight grandchildren, all giving much joy in the midst of very busy lives. Besides the thrill of sharing God's truth through teaching and writing, David loves walking and photography. His authoritative explanation of God's word has brought understanding and healing to many who have been confused and damaged by the ungodly ideologies of today's world.

Why Social Justice is Not Biblical Justice: An Urgent Appeal to Fellow Christians in a Time of Social Crisis
Scott David Allen
Paperback