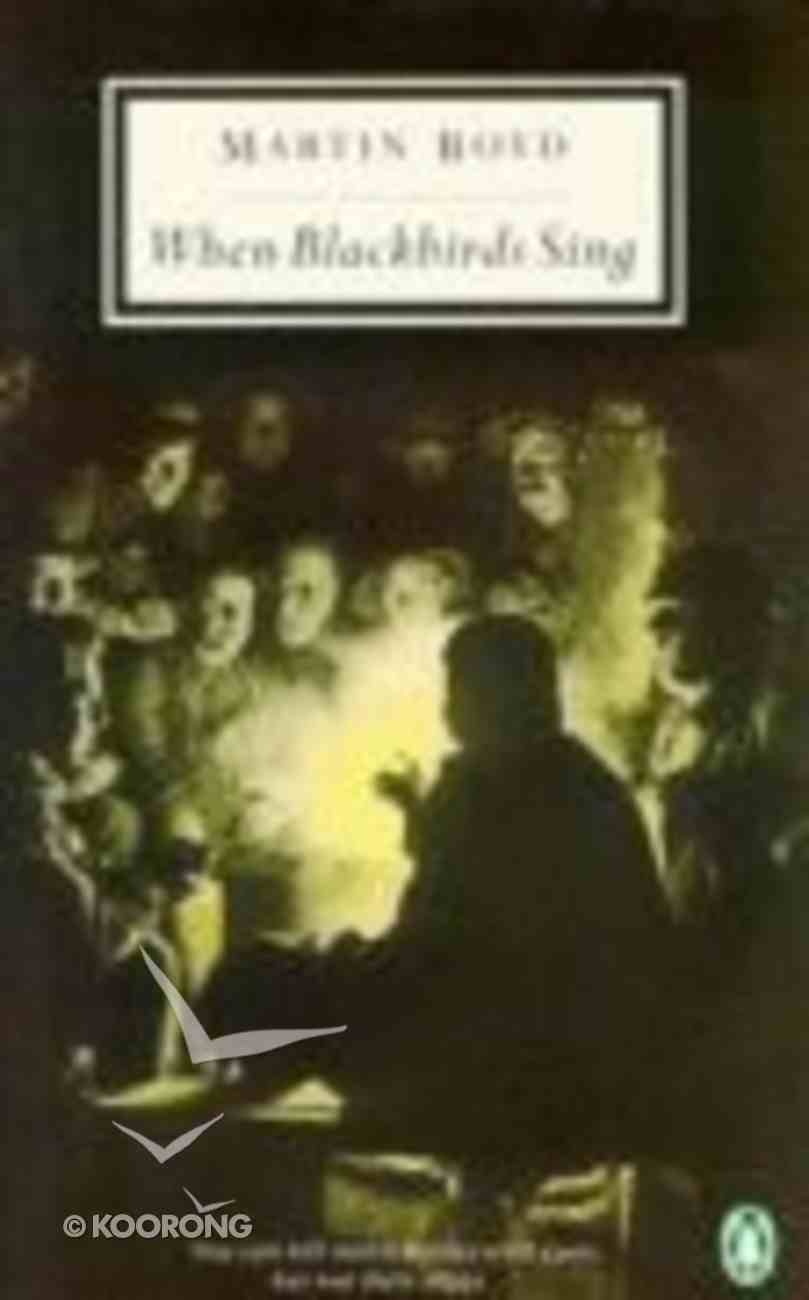 First published in 1962, this last of the four Langton novels features Dominic Langton, for whom the harsh realities of war on the Western Front force a reappraisal of values. The preceding three related novels are 'The Cardboard Crown', 'A...

First published in 1962, this last of the four Langton novels features Dominic Langton, for whom the harsh realities of war on the Western Front force a reappraisal of values. The preceding three related novels are 'The Cardboard Crown', 'A Difficult Young Man' and 'Outbreak of Love'.
-Publisher

Martin Boyd's major novels take Australia and Europe as settings to record the bihemispheric lives of those who until after World War II considered themselves Anglo-Australians, rather than just plain Australians, and spent more time at home in England than in their birthplace. Boyd started publishing in 1925, his first four novels appearing under pseudonyms. Six additional novels, published under his own name in the 1930s and in 1940, enjoyed modest success, but it was not until 1946, with the publication of Lucinda Brayford, that Boyd received international attention. A substantial work, Lucinda Brayford records the mundane life of the title character, who grows up in Melbourne as an aristocratic Anglo-Australian, then moves to London, where she is just a colonial. Although the book can be read as a social history that goes beyond World War II, its heroine also embodies Boyd's idea of the aristocratic principle. Through clinging to this concept, Lucinda, in spite of a ruined marriage and other defeats, manages to attain a kind of victory, in part spiritual and in part personal. Boyd's greatest achievement is the Langton Quartet, which appeared between 1952 and 1962: The Cardboard Crown (1952), A Difficult Young Man (1955), Outbreak of Love (1957), and When Blackbirds Sing (1962). Returning to the same autobiographical material that served so well in Lucinda Brayford, Boyd traces 80 years in the history of the Langtons, a thinly disguised version of his own Anglo-Australian family. The novels offer memorable characters and a strong evocation of time and place; they show the gradual disintegration of the Langtons as they forsake their aristocratic ideals for those of a modern bourgeois society. The Langton Quartet received attention in Australia and abroad, but even that soon faded. When Boyd died in genteel poverty in Italy, he and his work were largely forgotten. By then Australians shunned the prefix Anglo, striving instead in their fiction to establish a national identity separate from Great Britain. In recent years, however, there has been a revival of interest in Lucinda Brayford and the Langton Quartet, with international paperback editions appearing. Because of his archaic social attitudes and literary style, Boyd is not a fashionable novelist by modern standards. Yet he does accurately record an important part of the colonial experience. Boyd died in 1972.