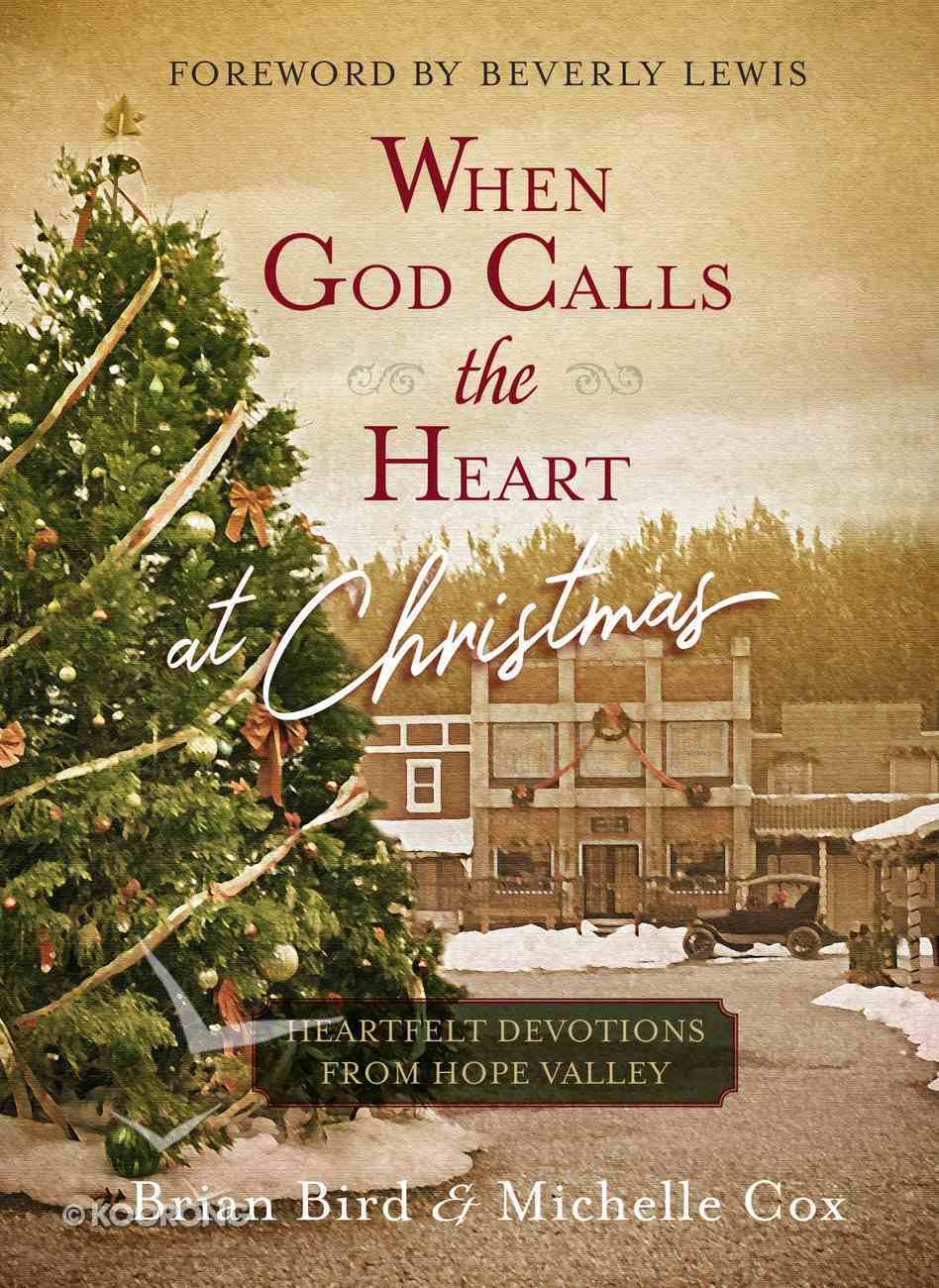 When God Calls the Heart At Christmas

Celebrate Christmas in Hope Valley Christmas truly is the most wonderful time of the year. Whether it's in the fictional town of Hope Valley in the early 1900s or in our lives today, nothing is more profound than celebrating...

And the Glory of God Shone Around Them: An Advent Devotional
Brian Simmons
Paperback

Christmas truly is the most wonderful time of the year. Whether it's in the fictional town of Hope Valley in the early 1900s or in our lives today, nothing is more profound than celebrating God's most important gift to the world.

When God Calls the Heart at Christmas is about a celebration of faith, family, friends, and the most meaningful Yuletide traditions. Inspired by best-selling author Janette Oke and the Hallmark Channel original TV series When Calls the Heart, these twenty-five devotions not only explore "God-moments" from the series, but also commemorate favorite holiday recipes, stories, and traditions-many of them contributed by the Hearties, the beloved fans of the show.

Journey with us to Hope Valley as we focus on all the reasons for this most blessed season. As shepherds and angels learned on that holy night so long ago, when God calls the heart at Christmas, you can expect a celebration.

BRIAN BIRD is executive producer and co-creator of the Hallmark Channel original series When Calls the Heart. In his three decades in Hollywood, he has written or produced two dozen films, including most recently, The Case for Christ, Captive and Not Easily Broken, and more than 250 episodes of such shows as Touched By An Angel, Step By Step and Evening Shade.

He has spoken widely on the intersection of the arts and the church, and his professional blog, BrianBird.net, serves as a lively exchange in the best practices of storytelling. Beyond Bird's professional achievements, he considers his top productions to date his thirty-six-year marriage to wife, Patty, and his five children.

Known for her encouragement with a Southern drawl, MICHELLE COX is a speaker and an award-winning, best-selling author. She is a member of the blog team for Guideposts, and her Life with a Southern Grandmother column runs twice each week at Guideposts.org.

She has written for Focus on the Family, FoxNews.com, Christian Cinema, WHOA Magazine for Women, Leading Hearts Magazine, and the website of Fox News radio host Todd Starnes. Michelle is the creator of the Just 18 Summers brand of parenting products and resources, and has been a guest on numerous television and radio programs, including Hannity and Focus on the Family. She and her husband, Paul, have been married for forty-three years, and have three sons and six perfect grandchildren.

The Advent of the Lamb of God
Russ Ramsey
Paperback

The Glory Has Come: Encountering the Wonder of Christmas (An Advent Devotional)
Larry Sparks
Hardback