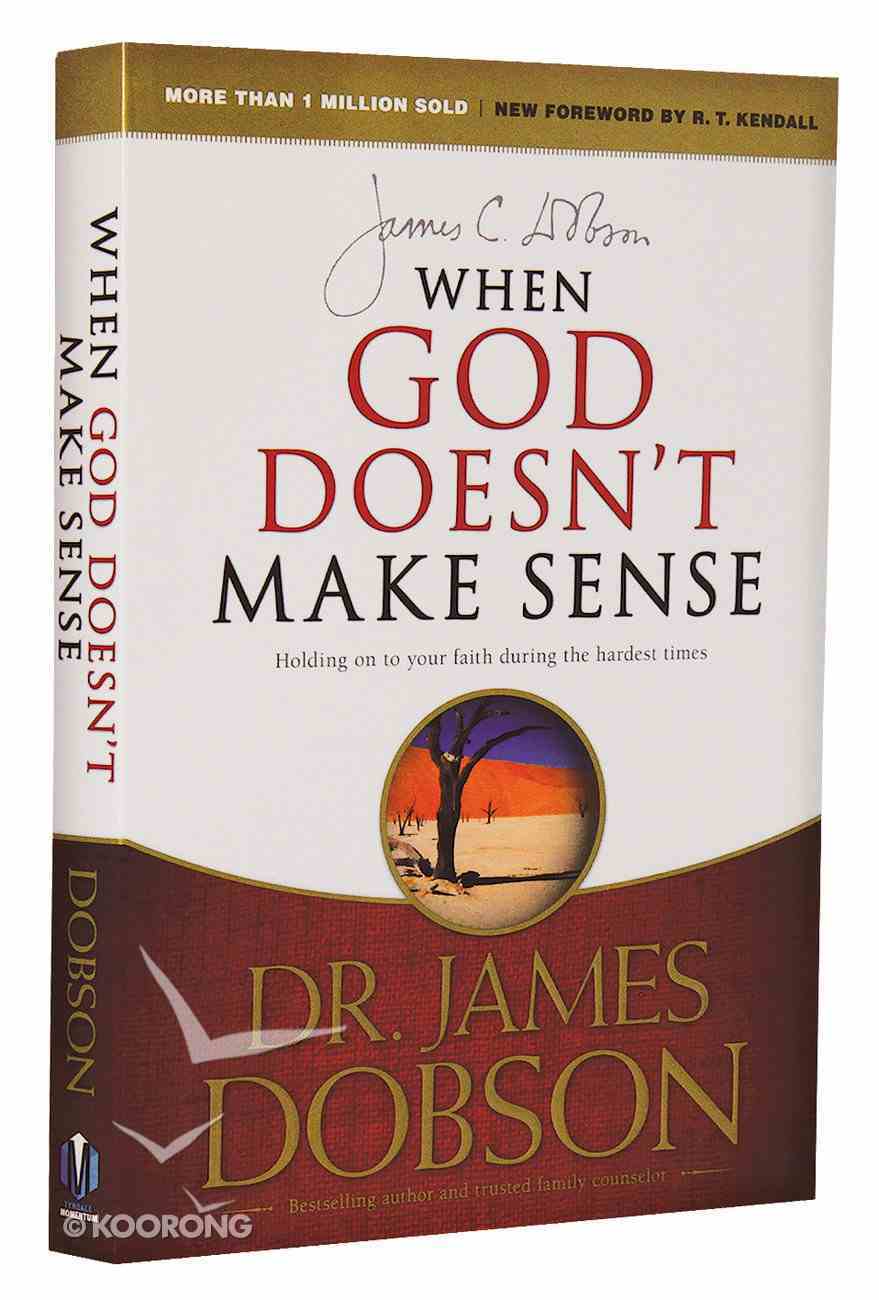 With more than one million copies sold, When God Doesn?t Make Sense is an immensely practical book for those who are struggling with trials and heartaches they can?t understand. Why does disease, natural disaster, divorce, rejection, death, or some other...

Building Confidence in Your Child: What Happens When You Speak and God Listens
James Dobson
Paperback

With more than one million copies sold, When God Doesn?t Make Sense is an immensely practical book for those who are struggling with trials and heartaches they can?t understand. Why does disease, natural disaster, divorce, rejection, death, or some other sorrow seep into our lives when we are trying to serve the Lord? It just doesn?t seem fair!

This book deals unflinchingly with life?s most troubling question??Why?? Drawing on his long experience as a Christian psychologist and family counselor, Dr. Dobson brings hope to those who have almost given up. When God Doesn?t Make Sense also helps believers avoid the ?betrayal barrier??the sense that God is abandoning them amid the storms of life. Now with a new foreword by R. T. Kendall.
-Publisher