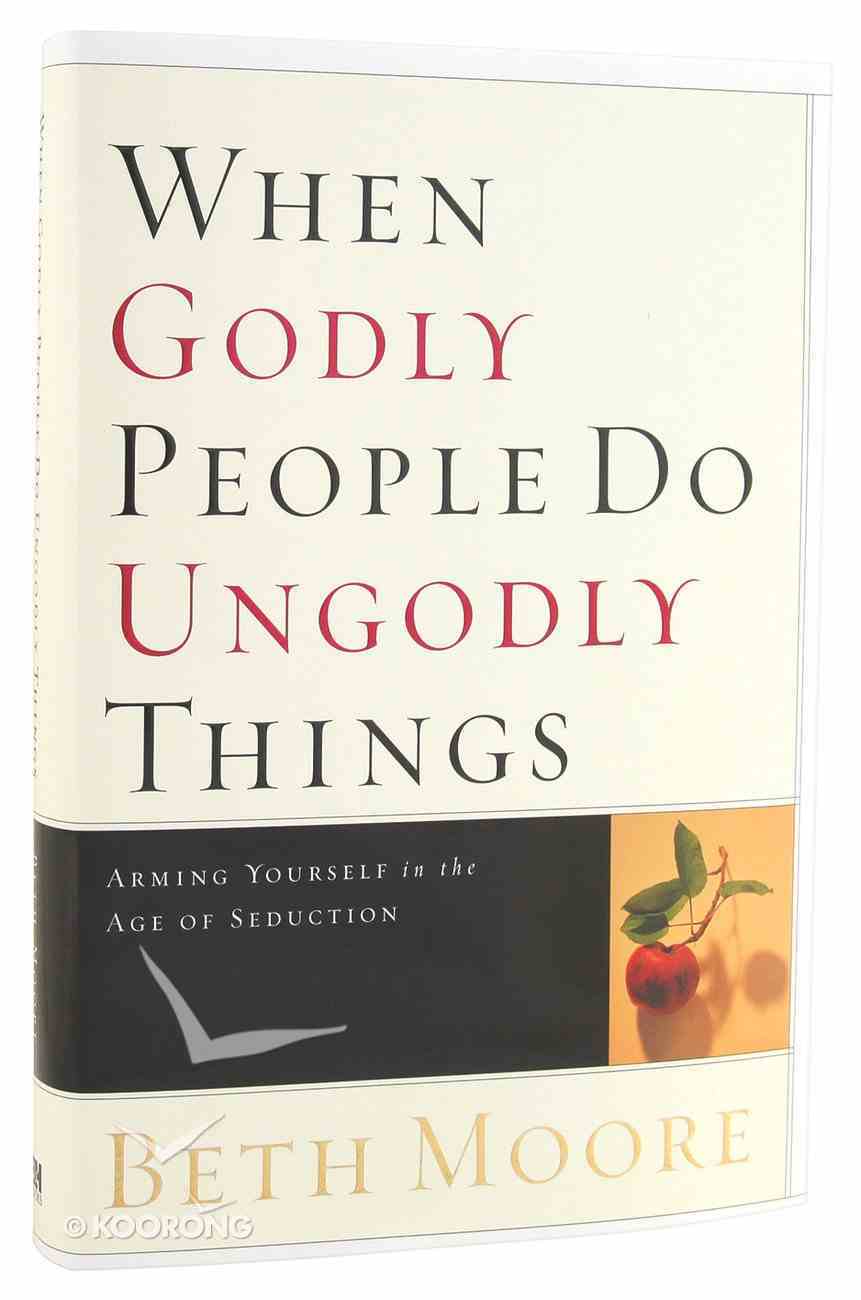 When Godly People Do Ungodly Things

It is reported in the headlines, confessed in the pulpits, and hidden in the pews in churches around the world. The seduction of God's people by the deceiver is a tale as old as the garden, but we are always...

1 Available
Expected to ship within 4 hours from Australia.
Learn More
Free Shipping
for orders over $99.

It is reported in the headlines, confessed in the pulpits, and hidden in the pews in churches around the world. The seduction of God's people by the deceiver is a tale as old as the garden, but we are always surprised when it happens. We must realize that Satan is a lion on the prowl and we are his prey. ^ Beth writes with a passion fueled by the Biblical warnings of the schemes of Satan's seductive activity and the broken-hearted concern of a teacher who receives countless letters from repentant Christians limping on the road to finding restoration. Delivering dire warnings to Christians to safeguard themselves against Satan's attacks, Beth also reveals how you can know if someone is vulnerable. Beth writes, "We, Christ's church, are in desperate need of developing His heart and mind in issues like these." She fears that often God is far more merciful than the Body of Christ is with the deeply repentant and those desperate to find their way home. "When Godly People Do Ungodly Thing
-Publisher

The Perfect You: A Blueprint For Identity
Caroline Leaf
Paperback