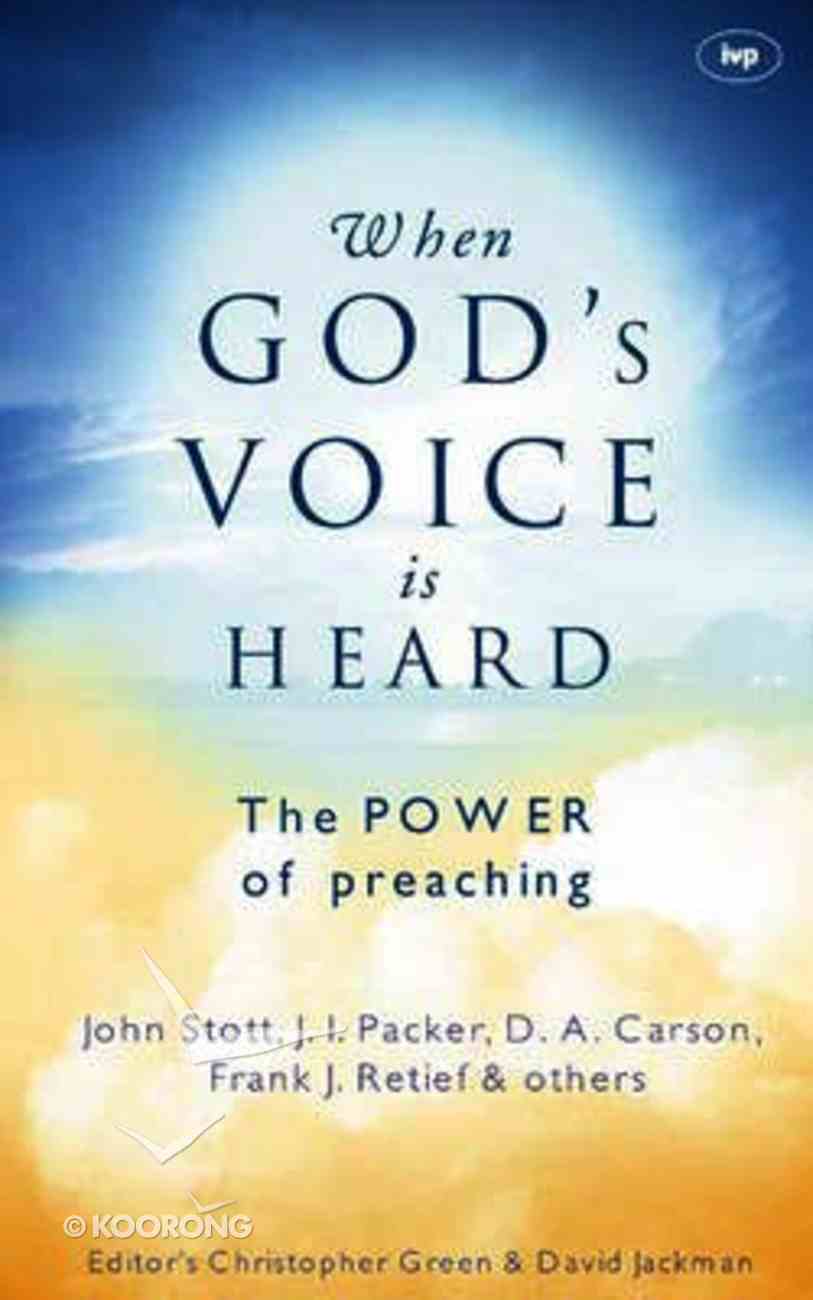 When God's Voice is Heard

The Power Of Preaching An inspiring collection of articles, in which experienced preachers such as John Stott, D A Carson and Frank Retief explore the different aspects of preaching. Good preaching is the present Word of God to...

How Shall They Hear?: Why Non-Preachers Need to Know What Preaching is
Ryan M McGraw
Paperback

The Power Of Preaching

An inspiring collection of articles, in which experienced preachers such as John Stott, D A Carson and Frank Retief explore the different aspects of preaching.

Good preaching is the present Word of God to his people, argues J I Packer. And it is to communicate this that is our first calling. In this inspiring collection of essays, experienced preachers explore the different aspects of preaching. 192 pages, from IVP. - Publisher.

This new edition includes a brand new chapter by Sinclair Ferguson on preaching Christ from the Old Testament. The central thread running throughout the volume is that good preaching is the current or present word of God to his people.
-Publisher

David Jackman is the President of the Proclamation Trust & was the founder Director of the Cornhill Training Course, London. Their aim is to effectively communicate the gospel, especially through preaching. Previously he was the minister of Above Bar Church, Southampton.
He has authored Teaching Matthew: Unlocking the Gospel of Matthew for the Bible Teacher; Spirit of Truth: Unlocking the Bible's Teaching on the Holy Spirit and Teaching the Christian Hope: Unlocking Biblical Eschatology for the Bible Teacher

Retief is a Bishop in the Church of England in South Africa (C.E.S.A.) - a prolific author, popular bible expositor and international conference speaker.