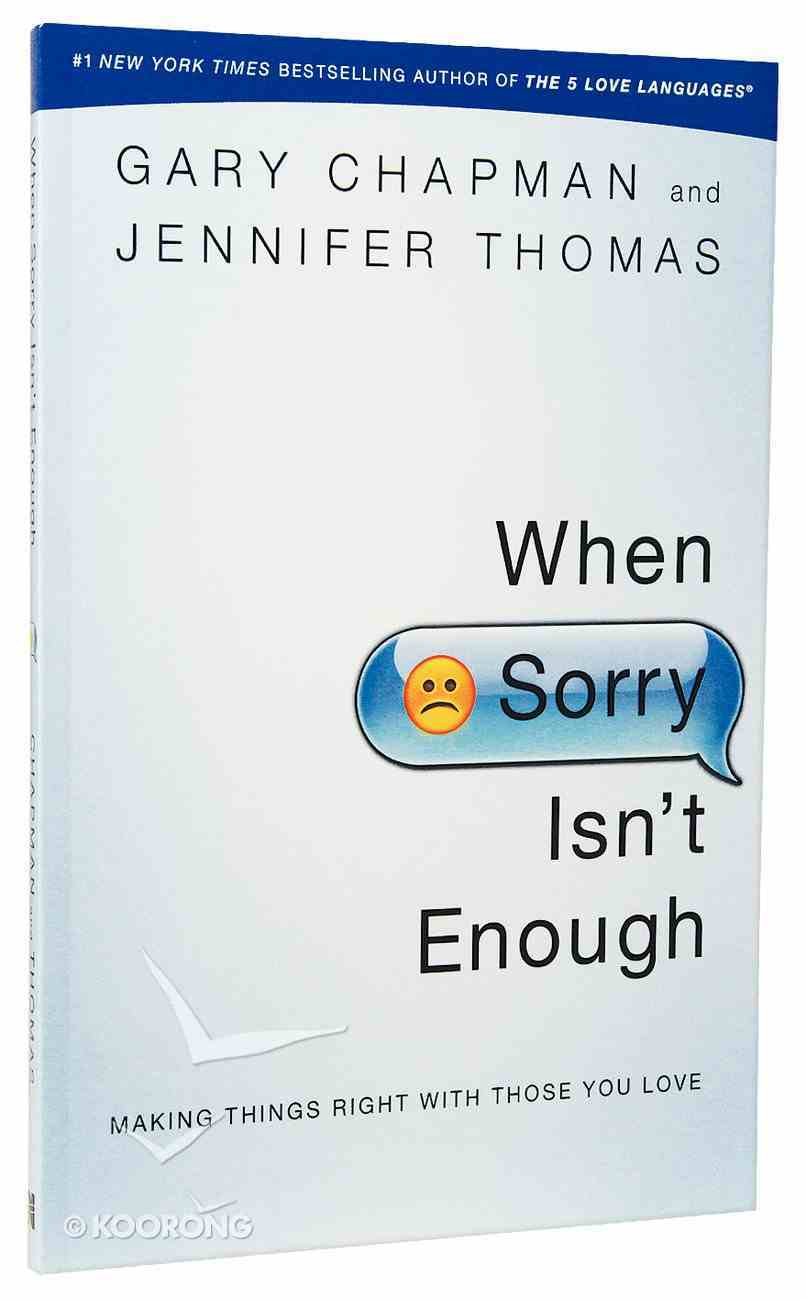 When Sorry Isn't Enough - Making Things Right With Those You Love

When you've hurt someone all you want to do is make things right. Same thing if you've been wronged. But sometimes just saying or hearing, "Sorry," isn't enough. Relationships are fragile. And whether fractured by a major...

32 available
Expected to ship within 11 hours from Australia.
Learn More
Free Shipping
for orders over $99.

You & Me Coupon Book: 32 Opportunities to Love Someone You Love
Stationery

When you've hurt someone all you want to do is make things right.
Same thing if you've been wronged.


Relationships are fragile. And whether fractured by a major incident or a minor irritation, the ensuing emotions can often feel insurmountable preventing the relationship from moving forward or the offended from moving on. In order to make things right, something more than "sorry" is needed. #1 New York Times bestselling author Gary Chapman and Jennifer Thomas have teamed up to deliver this groundbreaking study of how we give and receive apologies. It's not just a matter of will, but it's a matter of how you say, "I'm sorry" that ultimately makes things right with those you love. This book will help you discover why certain apologies clear the path for emotional healing, reconciliation, and freedom, while others fall desperately short.

Dorota Skrzypek was born in Poland, grew-up in Canada, and moved to Southern California in 1997. After many years of flying airplanes, designing airports, and exploring the world, she decided to focus on writing fiction. Her first book: The Dentist and The Toothfairy is a tale about a dentist whose soul is saved by a toothfairy's undying love. This coffee table book is is a collaborative effort of literature, artwork, and a music soundtrack. Sex, Life, & Hannah is Dorota's juicy woman-on-top book series chronicling the exploits of Hannah, a female professional trying desperately to make sense

Relational Intelligence: The People Skills You Need For the Life of Purpose You Want
Hardback