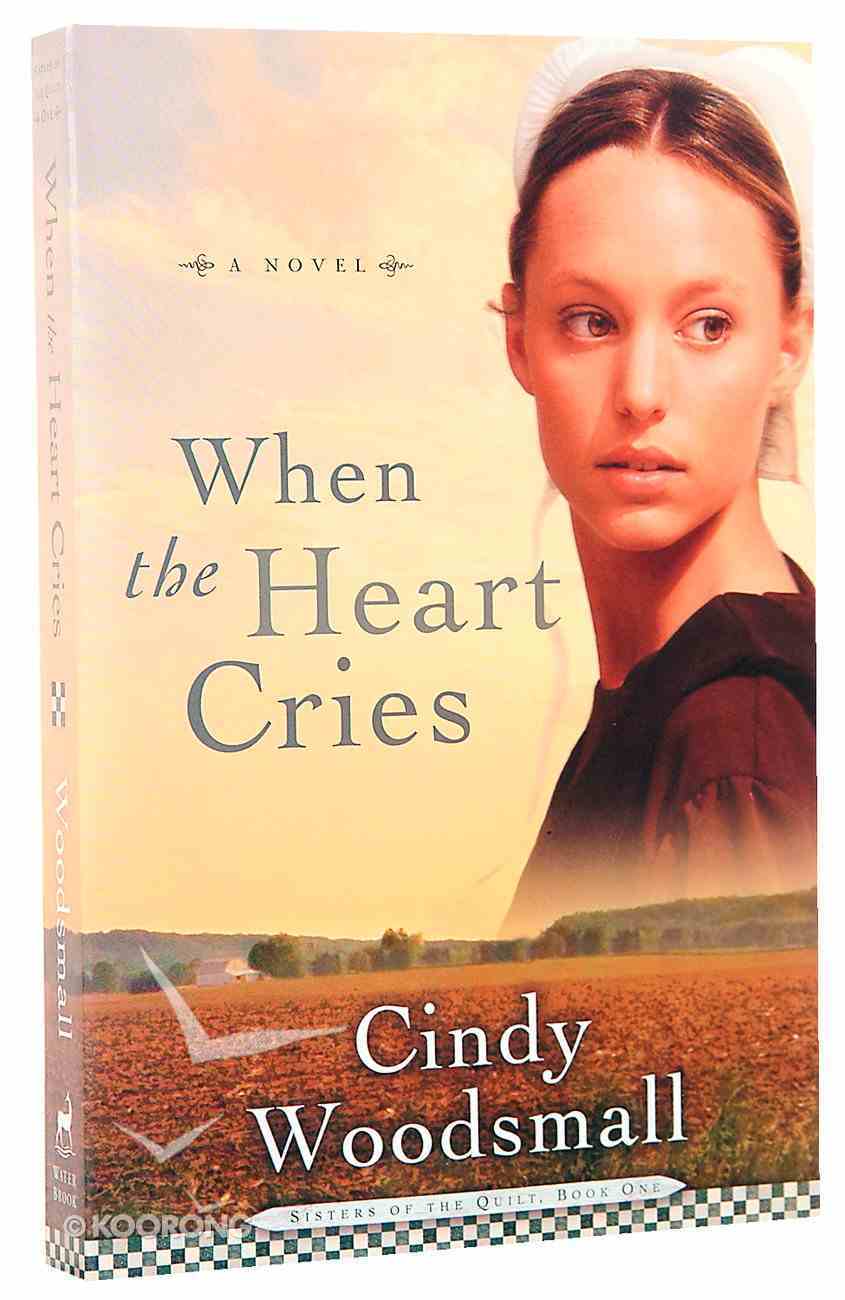 When the Heart Cries (#01 in Sisters Of The Quilt Series)

When Hannah dares to love across the boundaries of tradition, will she lose everything? Despite being raised in a traditional Old Order Amish family, 17 year-old Hannah Lapp desires to break with custom, forgo baptism into the faith, and marry...

When Hannah dares to love across the boundaries of tradition, will she lose everything? Despite being raised in a traditional Old Order Amish family, 17 year-old Hannah Lapp desires to break with custom, forgo baptism into the faith, and marry outside the cloistered community. She's been in love with Mennonite Paul Waddell for three years, and before returning to college for his senior year, Paul asks Hannah to be his wife. Hannah accepts, aware that her marriage will change her relationship with her family forever. On the evening of their engagement, tragedy strikes and in one unwelcome encounter, all that Hannah has known and believed is destroyed. As she finds herself entangled in questions that the Old Ways of her people cannot answer, Hannah faces the possibility of losing her place in her family, in her community, and in the heart of the man she loves.

1. Hannah Lapp's family believes that since she was born into an Amish family, it is God's will that she join the Amish faith. Do you agree or disagree with that line of thought? What Scripture or Biblical principle do you base your thoughts on?2. At the beginning of the book, Hannah faces a tragedy that would shake most people's foundational beliefs. If you could have talked to Hannah at that time, how could you have encouraged her? What would you have done differently from the choices both she and her parents made?3. As a Beachy-Amish Mennonite Paul had to gain special permission from his parents and local church to attend college. If his motives had not been based in helping others in a way that required a four-year degree, his request would have been turned down. Should parents have the right to dictate their child's future? If so, when is it the child's place to resist the desires of their earthly parents in order to pursue the dreams of their own heart? Discuss Matthew 10:37 in light of Paul's situation: "Anyone who loves his father or mother more than me is not worthy of me; anyone who loves his son or daughter more than me is not worthy of me." (NIV)4. Sarah's jealousy toward Hannah would have been easily seen and labeled as wrong had the people around her known her inner thoughts. But Sarah hid her true feelings and motivations under piousness as she pretended to only want to keep Hannah from going farther into sin. Can you remember a time when someone tried to gossip to you, using the facade of being concerned? Discuss ways that such a conversation could be kept from taking place. If you will, take a moment and, just between you and God, ponder the next question. Have you participated in spreading gossip under such a guise?5. At one point, even believing in her innocence, Matthew avoids Hannah for months because to do otherwise might stir rumors and/or cause Elle to think he's interested in Hannah. In 1 Thessalonians 5:22 it says to "abstain from all appearance of evil." (KJV) Discuss times when abstaining from the appearance of evil is proper and times when it is just a copout.6. Matthew was Hannah's strongest supporter during a time when every other male in her life had washed their hands of her. For his effort he received no earthly reward. Can you imagine reaching out to someone that almost everyone else has turned their back on?7. The bishop was a strong leader, but in his strength he had a tendency to rule unfairly. Discuss some of the spiritual leaders in your life. During what circumstances, if any, do you think a person should pull away from their spiritual leader? What Biblical principals or specific Scriptures do you use to help form your foundation for those beliefs?8. Hannah was honest about how she conceived the child, but her dishonesty over other things eroded her father's faith in her. If your child was caught telling some lies and then needed you to believe them on other things, what would your reaction be? Would you be more interested in finding peaceful ways to work through the issues or in finding absolute truth? If peace is your goal, how would you go about attaining that? If truth is your goal, what are some things you could do to try to discover what really took place?9. Paul's grandmother agreed to keep Hannah and Paul's friendship a secret and even allowed her U.S. Postal address to be used as a way for Hannah and Paul to correspond. Do you think a person who is not a parent has the right to override what a parent wishes? If so, is this belief limited to certain ages of the child? Or certain circumstances?10. Because of what people believed to be true about her, Hannah was trapped in a community that had no respect or compassion for her. Discuss ways a person c
-Publisher

I Have Called You By Name (Chosen, The Series)
Jerry B Jenkins
Paperback