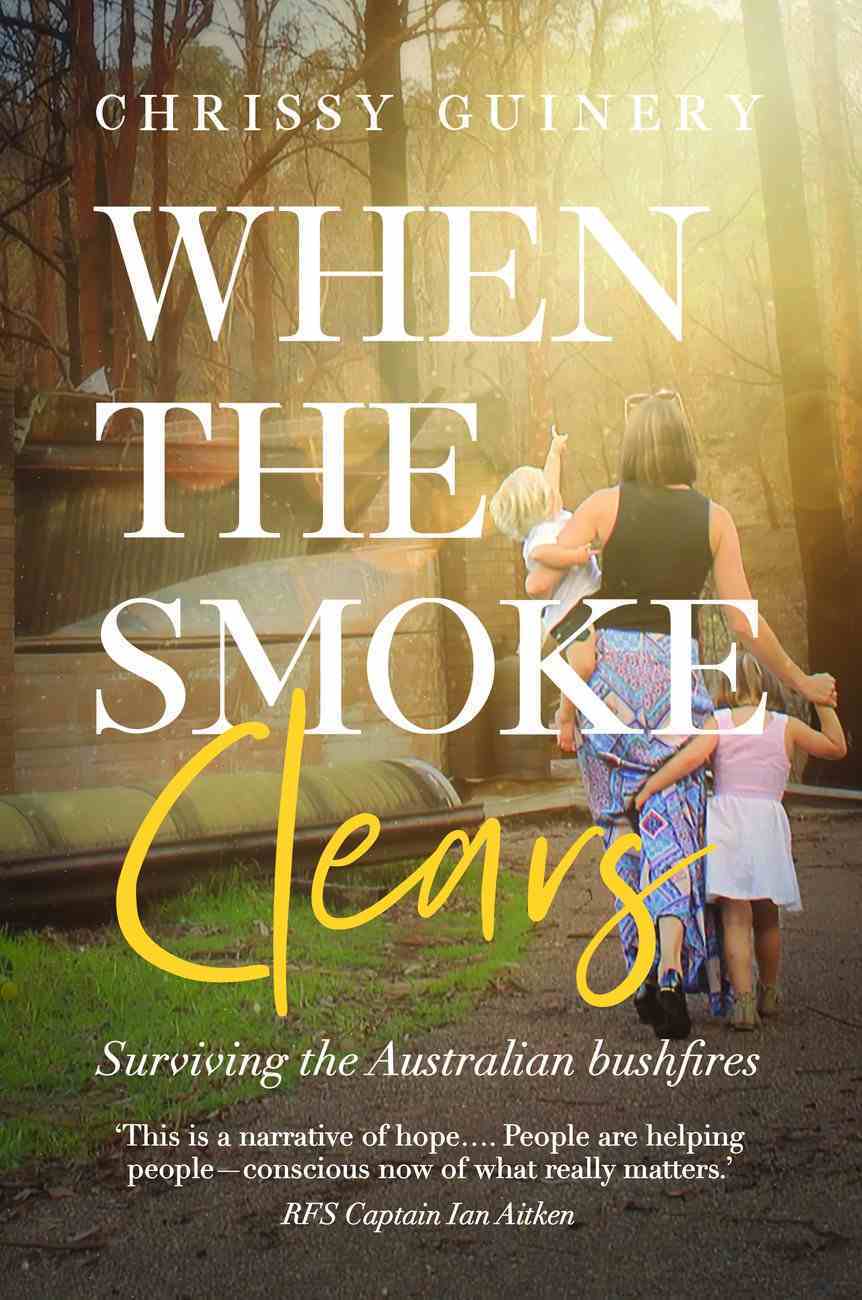 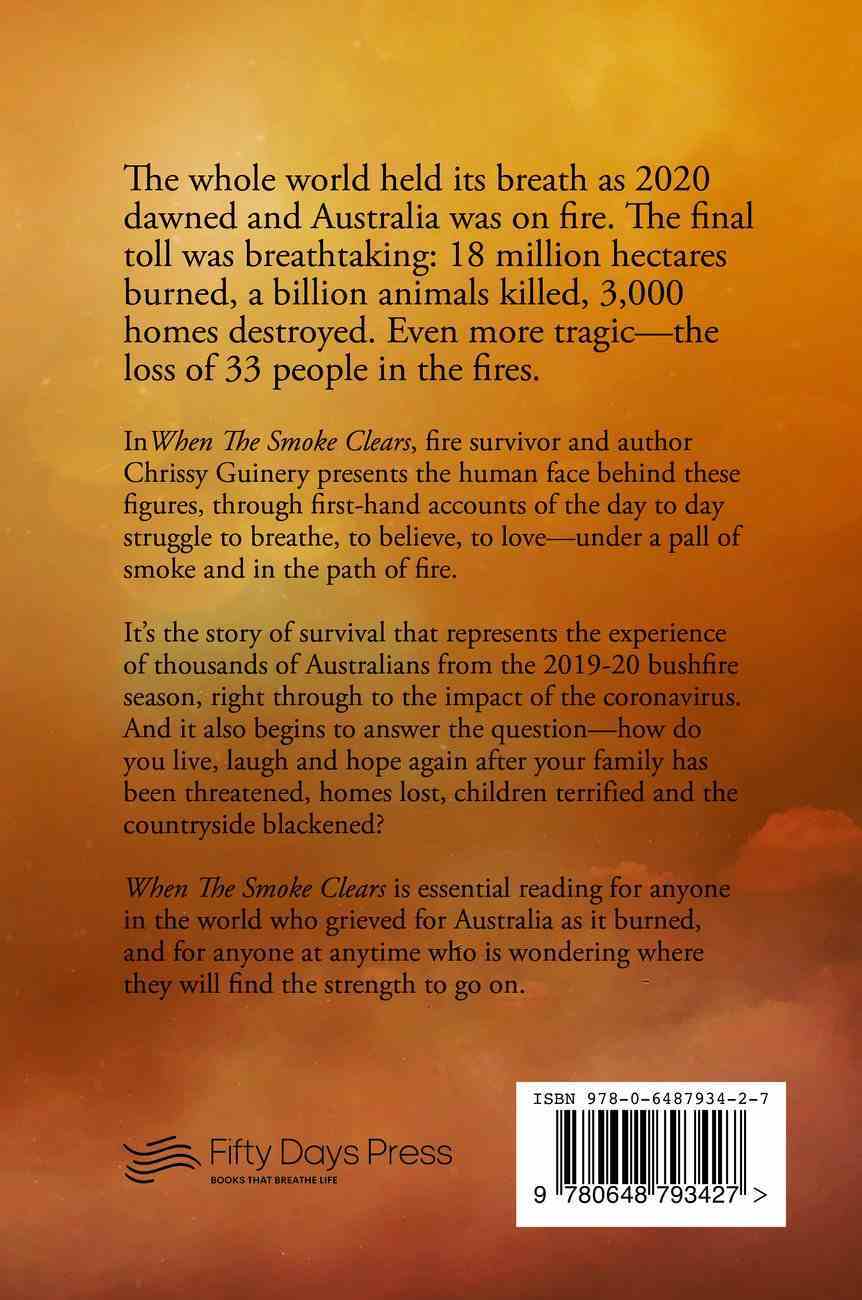 When the Smoke Clears: Surviving the Australian Bushfires

12 available
Expected to ship within 10 hours from Australia.
Learn More
Free Shipping
for orders over $99.

Life Without Cameron: A Glimpse of Grief
Rhonda Mason
Paperback

Charge At the Dark: Unleashing Courage That Lasts a Lifetime
David Schaeffer
Paperback

As the Bushfire Royal Commission gets underway, a new book is being launched that carries gripping first-hand accounts of coming through Australia's worst bushfire season on record and how the journey to recovery has been impacted by the Covid-19 pandemic.

When The Smoke Clears: Surviving the Australian bushfires will be digitally launched on May 20 from Bateman's Bay on NSW's South Coast, one of the most heavily impacted regions in the 2019-20 fire season.

Christian author Chrissy Guinery (Falling Up Stairs, Room to Breathe) takes us inside the smoke-drenched landscape of the South Coast as over three months she and her family are evacuated numerous times, separated by raging fires and ultimately, her daughter's home is lost among the hundreds destroyed on New Year's Eve in the Bateman's Bay region.

While people across Australia and around the world watched on through media reports, few can comprehend the length and extent of fire terror experienced not only by the people of South Coast communities, but in other fire ravaged regions across the nation.

'My middle-daughter's house is burning down and I've lost contact with my eldest daughter as the fire front threatens her home. It's the last day of 2019 and it feels like the end of the world.'

So begins this fast-paced, personal and grassroots account of living through a torturous fire season and finding a way to push through to recovery.

And while the eyewitness accounts of being caught in a bushfire emergency are remarkable, so too are the insights, advice and lessons learned about what it will take to recover, including from a range of experts.

As a Christian, Chrissy weaves through the book her prayers, her wrestling with God, the faith and encouragement shared with friends and special moments such as putting on community Christmas carols with the threat of fire everywhere, and sharing at the first church service of 2020 - in the midst of blackout.

A Postscript to the book describes the way fire victims have barely had the chance to breathe clean air, before another emergency has come to shake their world.

'This is a story of faith, resilience and hope', Chrissy says, 'but it begins by bringing the reader into the reality of being surrounded by out of control bushfires for three months, and ends with a plea not to forget those who are still a long way from recovery.'

Chrissy Guinery is all about empowering others. As a successful author and motivational speaker, Chrissy is renowned for her infectious joy, passionate faith and her desire to see others rise to fulfil their purpose and potential. To achieve this, she has been sharing her life secrets for more than 20 years in a down-to-earth relatable style, leaving people with essential tools for pursuing a more effective and fulfilling life. She is the author of Falling Up Stairs (2016) and Room to Breathe (2018).