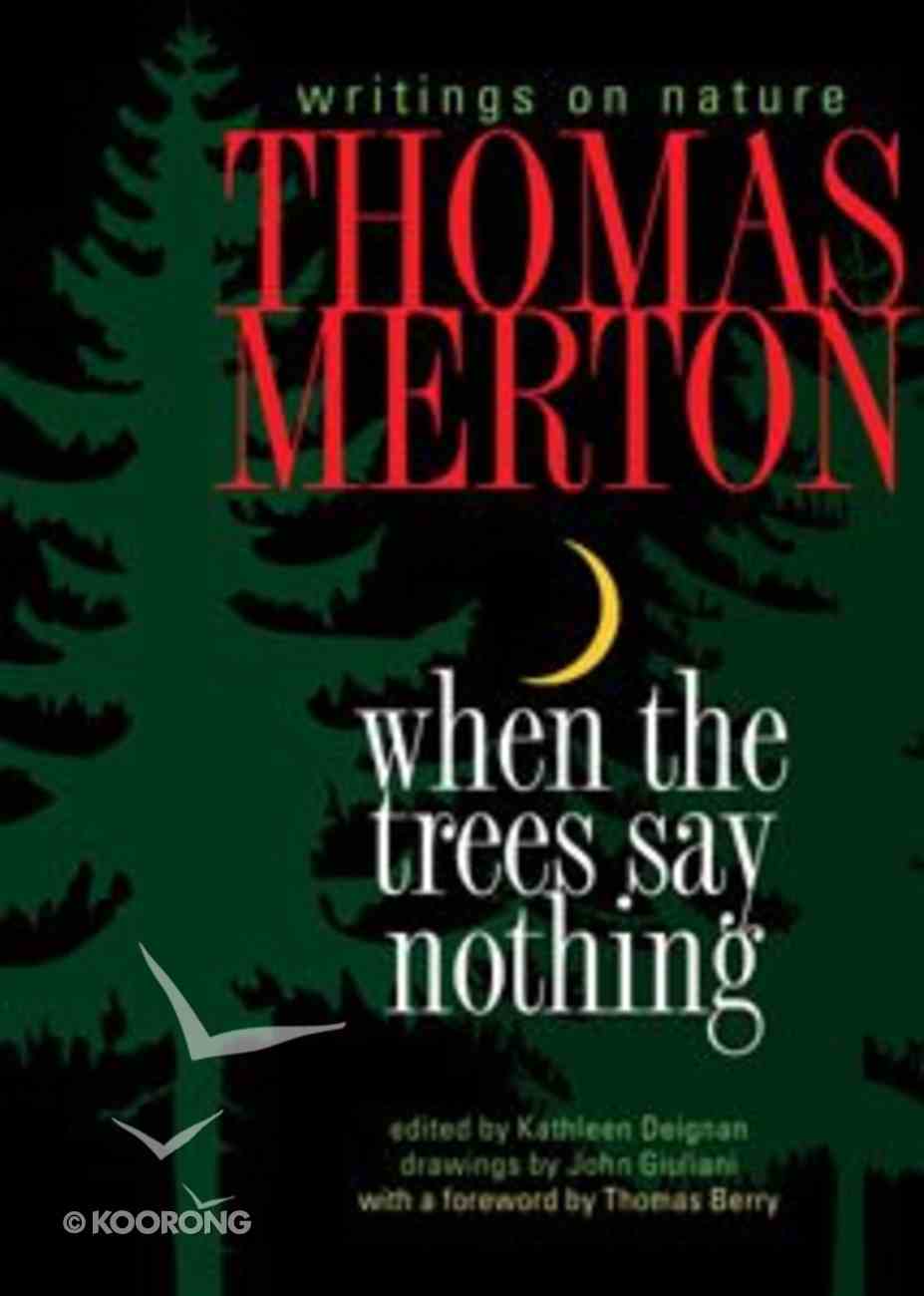 When the Trees Say Nothing

This first collection of Thomas Merton's nature writings reveals the beloved spiritual master as an environmentalist ahead of his time. A primer on eco-spirituality, this important book is skillfully edited by Kathleen Deignan, Ph.D., with a foreword by Thomas Berry...

This first collection of Thomas Merton's nature writings reveals the beloved spiritual master as an environmentalist ahead of his time. A primer on eco-spirituality, this important book is skillfully edited by Kathleen Deignan, Ph.D., with a foreword by Thomas Berry and art by John Giuliani. "Merton would be thrilled with this book."--Brother David Steindl-Rast, OSB
-Publisher

The first collection of Merton's writings on nature. Over 300 of his nature writings are grouped into thematic sections on the seasons, elements, creatures, and other topics. These writings serve as a primer on eco-spirituality, revealing Merton's approach to ecology as a spiritual issue that exposes the degree of human alienation from the sacredness of the planet.
-Publisher