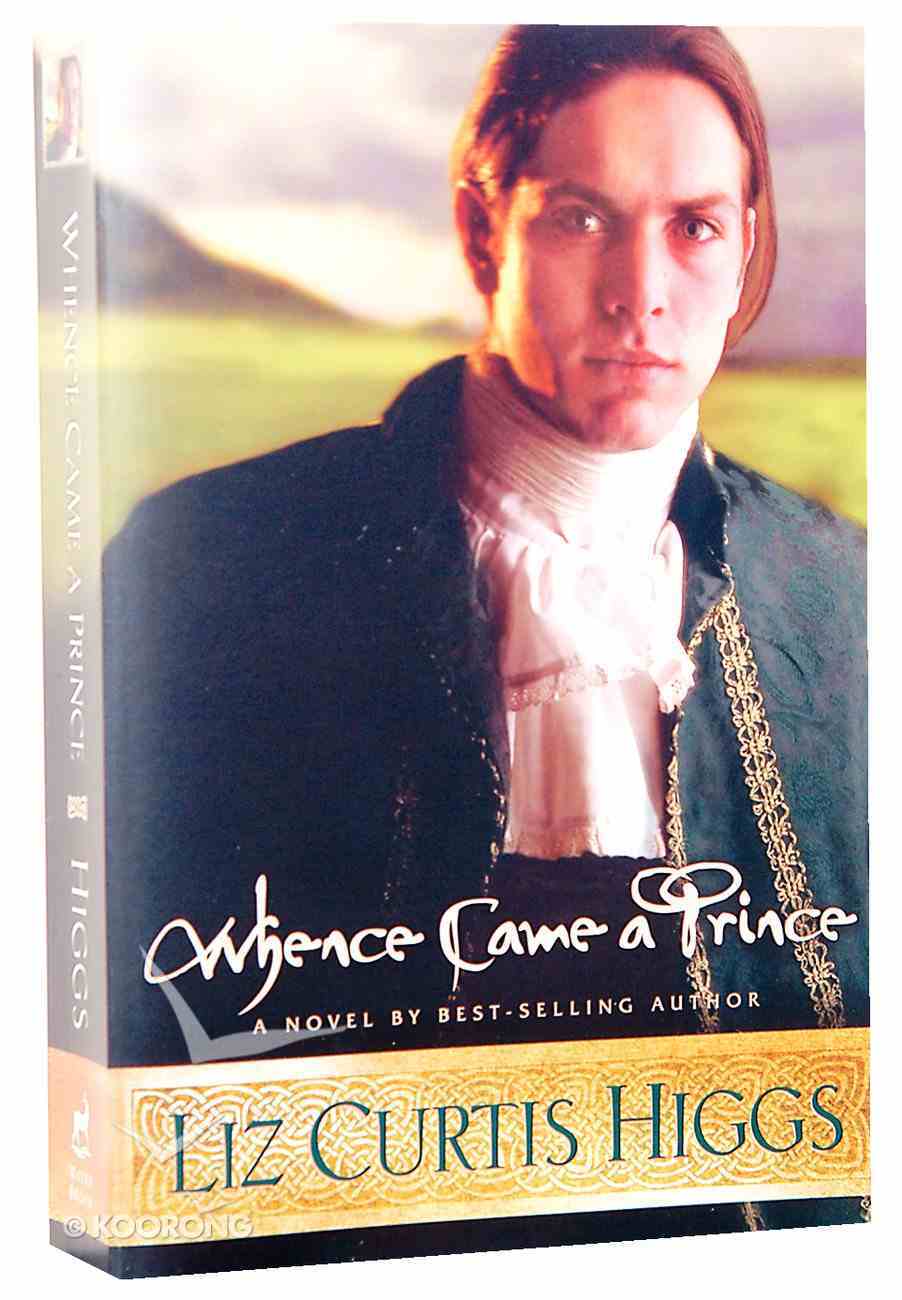 Brimming with drama and conflict, heartache and triumph, WHENCE CAME A PRINCE finds Liz Curtis Higgs in her element - exploring complex characters, creating a colourful Scottish backdrop, and revealing biblical truth through a captivating story. With his women...

With his women and children depending on him, Jamie McKie must face a shameful past and an uncertain future. But he does not face it alone. God's promise to Jacob - "I will be with you" - shines through Jamie's journey. Before story's end, Jamie also wrestles in the night with a power far greater than his and weathers the painful loss of someone very dear to him. In WHENCE CAME A PRINCE, Jamie's journey of reconciliation commands the reader's attention. Yet Leana and Rose both play integral parts in this dramatic conclusion to the saga that began with THORN IN MY HEART and continued with FAIR IS THE ROSE.
- Publisher.

Jamie McKie is determined to return to his ancestral home in Glen Trool and claim his inheritance—a harrowing journey that will test the depth of his courage and the strength of his sword. Haunted by a shameful past and wrestling with an uncertain future, Jamie must outwit his devious Uncle Lachlan and confront the two men he most fears: Evan, the brother whose inheritance he stole, and Alec, the father whom he blatantly deceived.

Jamie faces a perilous journey of the heart as well: Two sisters each stake a tender claim on his affections. Quiet, gentle Leana is the mother of his firstborn. Her spirited younger sister, Rose, is expecting his second child. Honor and duty prevail but not without heartache, as Jamie prepares to fight for all he holds dear.
-Publisher

Chapter One
The heart that is soonest awake to the flowers
Is always the first to be touch’d by the thorns.
Thomas Moore
Burnside Cottage
Whitsuntide 1790