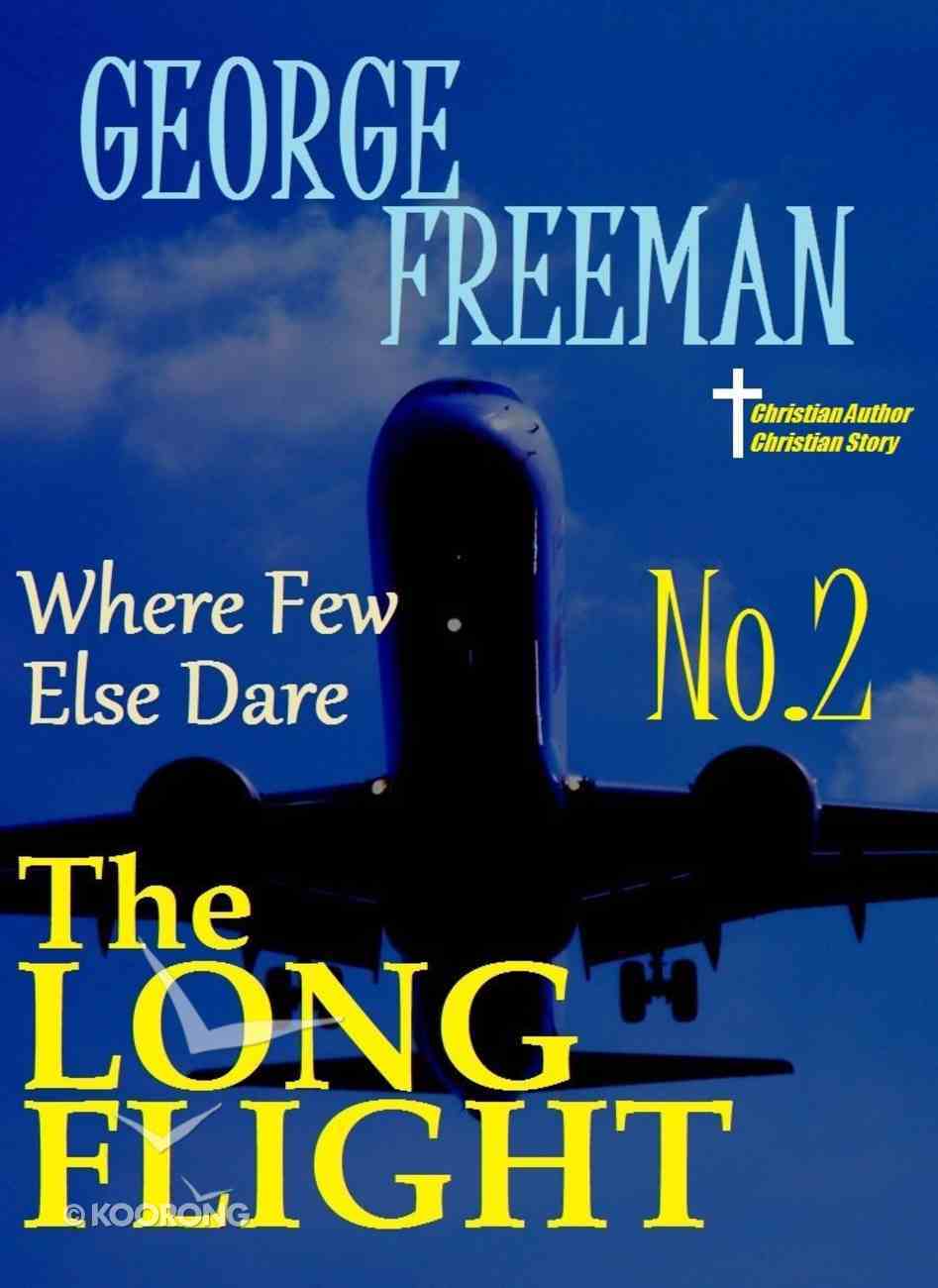 Where Few Else Dare #02: The Long Flight

First Lieutenant Christine Redding, U.S. Air Force, had no idea that a simple gesture to the pilot in an escorting U.S. Navy F/A-18 Super Hornet fighter, would bring her to the brink of a formal military court martial. The gesture,...

First Lieutenant Christine Redding, U.S. Air Force, had no idea that a simple gesture to the pilot in an escorting U.S. Navy F/A-18 Super Hornet fighter, would bring her to the brink of a formal military court martial. The gesture, admittedly a rude one, had been given out of desperation when returning from a mission deep into southern Libya. Her aircraft, a classified F-15ET fighter bomber, developed from the famous and formidable F15E Strike Eagle, had been extensively damage, and she literally had no radios and no time for diplomacy. If found guilty, she could lose her wings.Along with her commanding officer, Colonel Steven Henderson, Chris is to report to a U.S. Senator in Hawaii and explain her case. The simple arrangements to get there from Washington DC seem straight forward. However, at the same time as the two of them travel from Washington to Hawaii, U.S. security teams on the east coast are trying to work out where a four man terrorist hit team has gone. They simply vanished off the face of the earth. As well as the U.S. authorities, Israeli Mossad agents are also tracking several Iraqi men who are planning some type of plot against Iran or possibly a U.S. aircraft carrier in the Gulf. There is concern that the very unstable powder keg of the Middle East could explode, yet again.Under the precise direction and planning of the very capable Colonel Grigory Mikhail Kelenchov, formerly of the Soviet Air Force, the four man Iraqi terrorist team in the U.S., easily crosses from the U.S. east coast to Las Vegas by bus and boards the same flight to Honolulu, Hawaii, that Chris and Steve are on. Honolulu is where the strike by the team against the U.S. will take place and the Middle East explosion will initiate. The problems and uncertainty of a Senate inquiry, and her career, fade into the background as Chris and Steve, along with several others, end up facing certain death when the terrorists strike and take over the plane they are on. Whilst she and Steve are fighting for their lives and the lives of the two hundred passengers and crew onboard the Boeing 767 airliner, they are joined by all the U.S. can muster to help. Will it be enough, when the plane is pushed to its limits and is plunged from 34,000 feet towards the dark ocean below in a matter of seconds one moment, and is hit by a massive Pacific storm in another? You are literally at the controls in the cockpit of the B767 as each life and death decision is made. The drama, action and demands never seem to end.
-Publisher

George Freeman is a retired engineer living in Queensland, Australia. His working career included retail, construction, government and consulting. As part of his private life, he developed his writing passion in numerous areas from an early age and the later part of his working career included significant technical writing. George now focuses on hard fiction novels where he combines his flying experience with his knowledge of the workings of government and the military. During his career, he interacted with a wide range of people and places and brings aspects of these into his novels. George is also a Christian and delicately brings his faith into his stories.
George has spent time at the controls of an F-15 Eagle fighter jet and on the flight deck of a C-130 Hercules transport plane, which both feature in his work. He also has over five hundred hours in a variety of small and large aircraft, including rotary and fixed-wing, from which he also draws his inspiration. He combines this knowledge with his extensive experience travelling across the United States, Britain, Australia and Europe. He has spent time trekking through harsh environment where he has learnt the unforgiving realities of sweat and exhaustion.
Georges diverse experience combines with a vivid imagination and his faith, to create action novels which come to life and are hard to put down. Where his experience is limited, he thoroughly researches his material to bring together only the best experience for the reader. His novels are definitely worth reading.