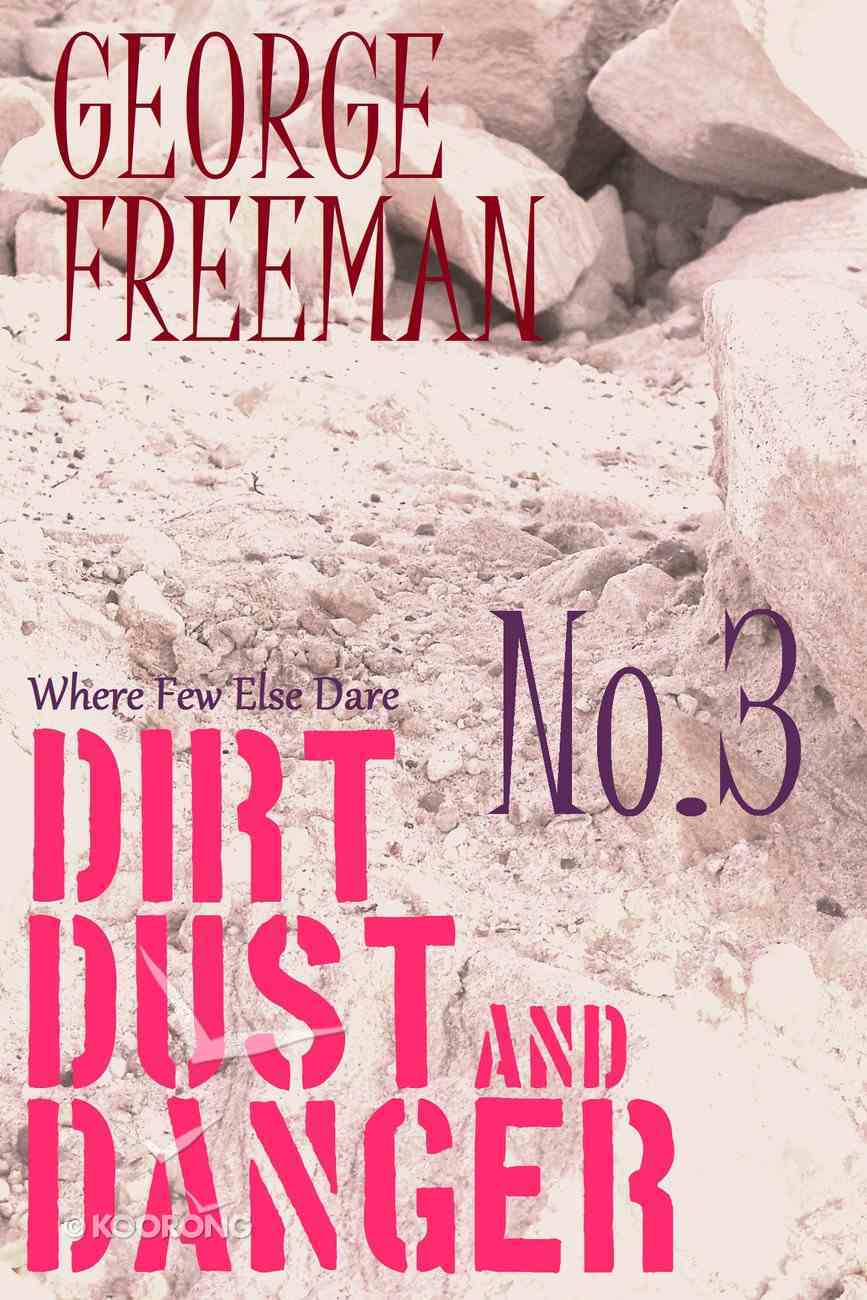 Where Few Else Dare #03: Dirt, Dust and Danger

Colonel Steven J. Henderson, United States Air Force, was confident when he accepted a relatively simple task to get a new Special Operations? project off the ground. He had just foiled a focused and deadly hijacking attack on a commercial...

Where Few Else Dare #04: Smoke and Mirrors
George Freeman
eBook

Colonel Steven J. Henderson, United States Air Force, was confident when he accepted a relatively simple task to get a new Special Operations? project off the ground. He had just foiled a focused and deadly hijacking attack on a commercial U.S. airliner, and recently planned and successfully led a U.N. mission against a formidable terrorist base in Southern Libya. This new project was the development of a stealthy resupply delivery system which forward deployed troops in places such as Afghanistan, would have dropped to them from the air. How difficult could it be? The project had simply stalled because of two things. Firstly, the development team had failed to look for answers outside the box, and secondly, had forgotten how desperate forward deployed troops could be when facing death far from home and needing an urgent resupply. He was sure it would only take two to three weeks, at most. However, his commanding officer, Major General Colin Hall, U.S. Air Force Special Operations, had other ideas.As Steve and one of his team, Lieutenant Christine Redding, fly to Afghanistan in a C-17 Globemaster to get the completed delivery system, called SANTA, being Surgical Air Night Tactical Assistance, integrated into Special Forces resupply missions, they had no idea what this would involve. They knew that Afghanistan would be like stepping into an alien world. This alien world was ruled by climatic extremes, demanding geography, ethnic and religious diversity, civil war, powerful drug lords, poppy fields, local militia groups, diverse and complex languages and sub-dialects, corruption at all levels, porous national borders, and to top it off, an ability to constantly be in a state of war. From Alexander the Great, to Islam, to the British Empire, to the Soviet Empire, to several civil wars, and finally, the present United Nations and NATO led ISAF, the International Security Assistance Force, battles. The country had experienced just about every type of conflict. In fact, during the last thirty years, there had been no respite from the constant ravages of deadly conflict at every level of society.Within this alien world, children still struggled for life and a future, as they do everywhere. However, to simply wake up one morning to have no fighting, to have no landmines or IEDs, to have confidence to walk outside and not fear being threatened, kidnapped, murdered, or accidently killed, or to simply go to school or a medical clinic, was a dream. However, despite this harsh reality, their lives were not always hopeless. Sometimes, they even smiled.Like all the men and women around them, Steve and Chris enter this alien land and come face-to-face with every type of challenge as they simply carry out orders. Journey with them as a land which time had forgot, holds nothing back. It is a place where the enemy blends seamlessly with innocent villagers and lines on maps all too often prove to be useless.
-Publisher

George Freeman is a retired engineer living in Queensland, Australia. His working career included retail, construction, government and consulting. As part of his private life, he developed his writing passion in numerous areas from an early age and the later part of his working career included significant technical writing. George now focuses on hard fiction novels where he combines his flying experience with his knowledge of the workings of government and the military. During his career, he interacted with a wide range of people and places and brings aspects of these into his novels. George is also a Christian and delicately brings his faith into his stories.
George has spent time at the controls of an F-15 Eagle fighter jet and on the flight deck of a C-130 Hercules transport plane, which both feature in his work. He also has over five hundred hours in a variety of small and large aircraft, including rotary and fixed-wing, from which he also draws his inspiration. He combines this knowledge with his extensive experience travelling across the United States, Britain, Australia and Europe. He has spent time trekking through harsh environment where he has learnt the unforgiving realities of sweat and exhaustion.
Georges diverse experience combines with a vivid imagination and his faith, to create action novels which come to life and are hard to put down. Where his experience is limited, he thoroughly researches his material to bring together only the best experience for the reader. His novels are definitely worth reading.