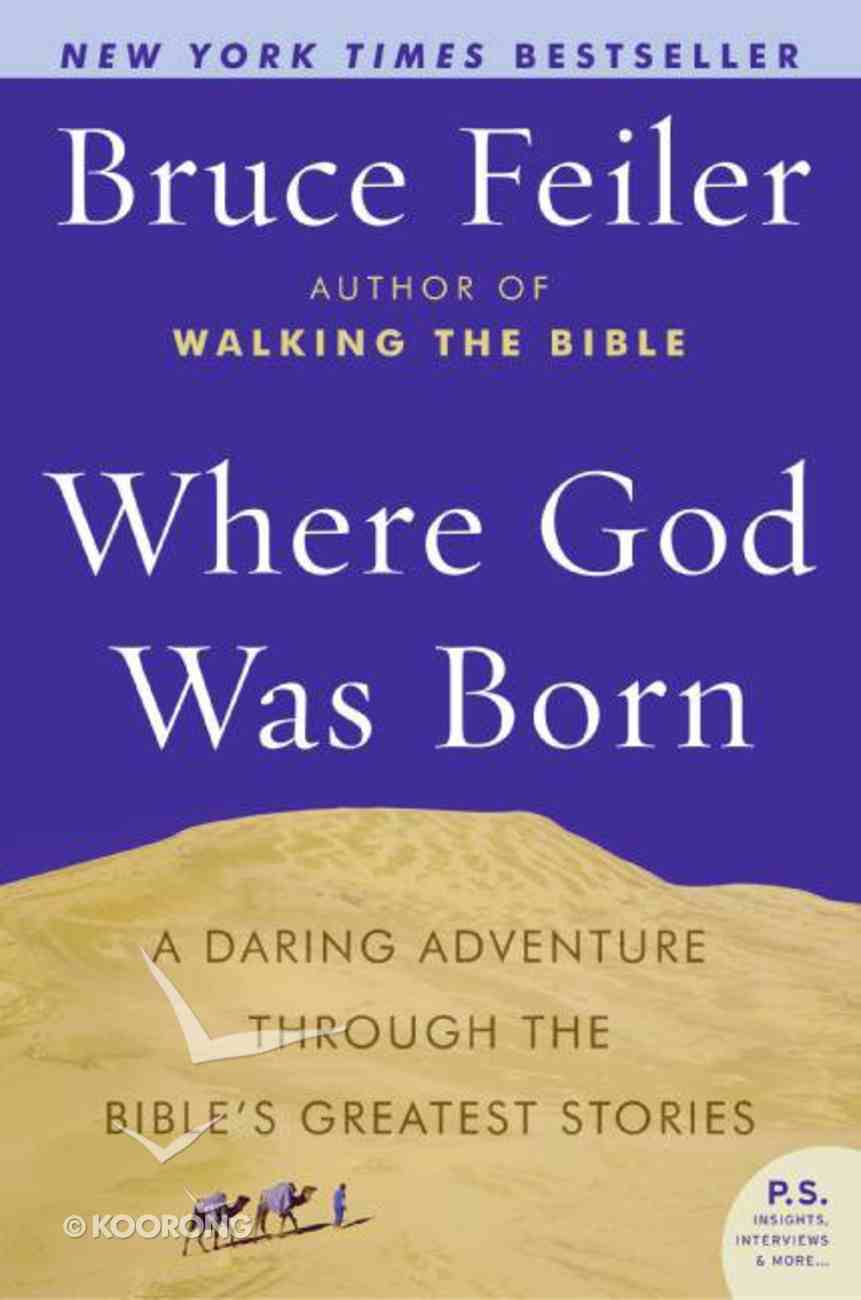 Where God Was Born

"Where God Was Born" is a thrilling spiritual and physical adventure, in which Bruce Feiler travels to biblical sites in the most volatile countries in the world - Israel, Iraq and Iran - in order to answer one of the...

How the Bible Was Formed
eBook

Name Above All Names
Alistair Begg, Sinclair B Ferguson
Hardback

Apocalypticism in the Bible and Its World
Frederick J Murphy
eBook

The Most Important Stories of the Bible: Understanding God's Word Through the Stories It Tells
Christopher D Hudson, Stan Campbell
Paperback

"Where God Was Born" is a thrilling spiritual and physical adventure, in which Bruce Feiler travels to biblical sites in the most volatile countries in the world - Israel, Iraq and Iran - in order to answer one of the very important questions of our time: Why is religion tearing us apart ...and can it bring us together? The book is very much a personal quest through the unseen sites of the Bible, beginning in Genesis, continuing through the Prophets, and ending just before the birth of Jesus. For most of the last 25 years, biblical sites in much of the Middle East, notably Iraq and Iran, have been almost entirely closed to the West. "Where God Was Born" unveils these holy sites to most readers for the first time, including the Garden of Eden, the birthplace of Abraham, the rivers of Babylon, and the stronghold of Nineveh. In addition, Feiler retraces Joshua's conquest of the Promised Land, David's showdown with Goliath, Solomon's building of the Temple, Queen Esther's face-off with the King of Persia, and Judah Maccabe's triumphant Hanukkah miracle.
-Publisher

At a time when America debates its values and the world braces for religious war, Bruce Feiler, author of the New York Times bestsellers Walking the Bible and Abraham, travels ten thousand miles through the heart of the Middle East-Israel, Iraq, and Iran-and examines the question: Is religion tearing us apart ... or can it bring us together?


Where God Was Born combines the adventure of a wartime chronicle, the excitement of an archaeological detective story, and the insight of personal spiritual exploration. Taking readers to biblical sites not seen by Westerners for decades, Feiler's journey uncovers little-known details about the common roots of Judaism, Christianity, and Islam, and affirms the importance of the Bible in today's world.


In his intimate, accessible style, Feiler invites readers on a never-in-a-lifetime experience:

Israel Feiler takes a perilous helicopter dive over Jerusalem, treks through secret underground tunnels, and locates the spot where David toppled Goliath.
Iraq After being airlifted into Baghdad, Feiler visits the Garden of Eden and the birthplace of Abraham, and makes a life-threatening trip to the rivers of Babylon.
Iran Feiler explores the home of the Bible's first messiah and uncovers the secret burial place of Queen Esther.
In Where God Was Born, Feiler discovers that at the birth of Western religion, all faiths drew from one another and were open to coexistence. Feiler's bold realization is that the Bible argues for interfaith harmony. It cannot be ceded to one side in the debate over values. Feiler urges moderates to take back the Bible and use its powerful voice as a beacon of shared ideals.


In his most ambitious work to date, Bruce Feiler has written a brave, uplifting story that stirs the deepest chords of our time. Where God Was Born offers a rare, universal vision of God that can inspire different faiths to an allegiance of hope.

Bruce Feiler is the author of five consecutive "New York Times" bestsellers, including "Walking the Bible", "Abraham", and "America's Prophet". He writes the "This Life" column for the "New York Times" and lives in Brooklyn with his wife and twin daughters.

All the Prayers of the Bible
Herbert Lockyer
Paperback

All the Women of the Bible
Herbert Lockyer
Paperback