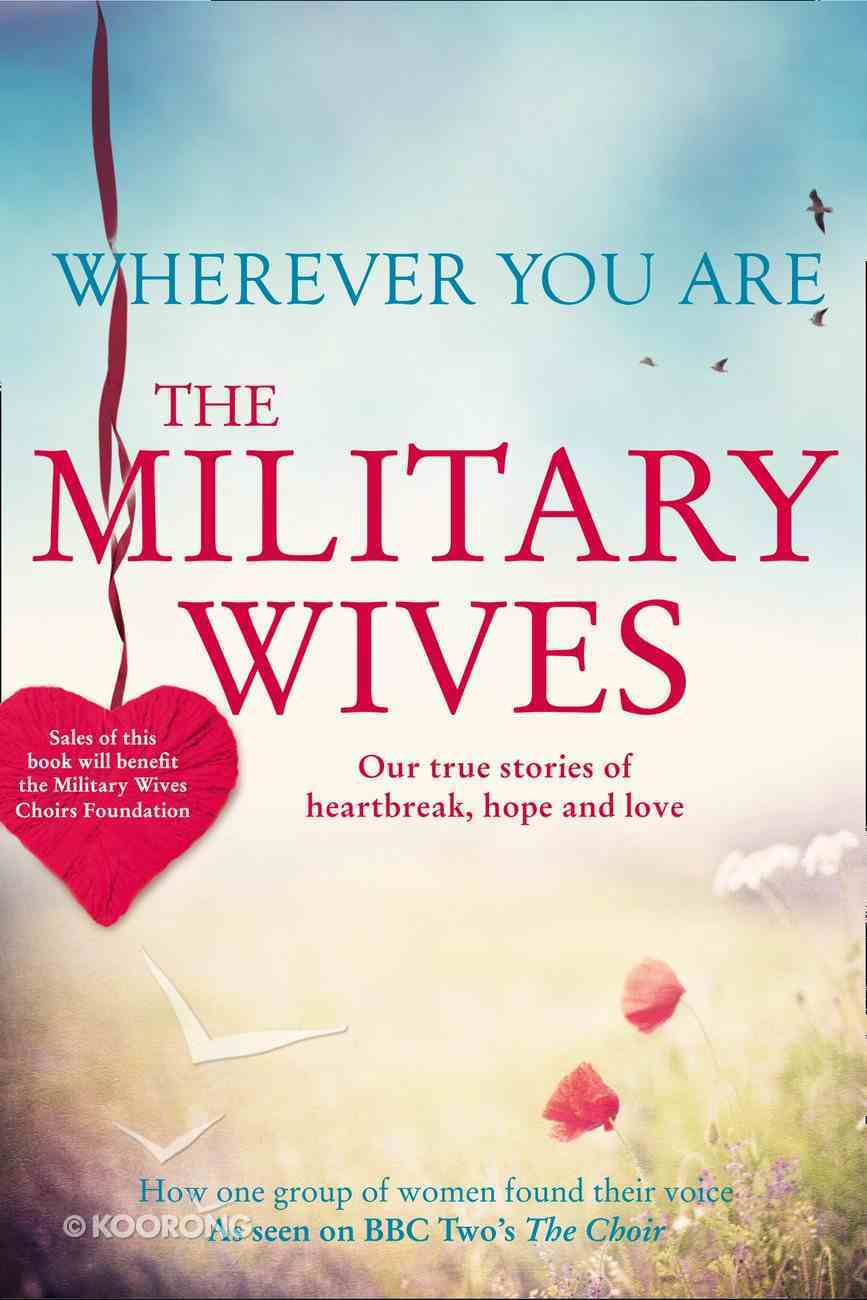 From the moment the Military Wives sang together on BBC Two's The Choir, their lives changed forever. Their journey entranced the nation, and their story moved millions.


In December 2011, as the nation watched, the Military Wives? single was named Christmas Number 1. A few weeks earlier they had been just regular women living on military bases: the wives and girlfriends of soldiers deployed to Afghanistan.


Here the wives tell their individual stories in full for the first time ? true stories of heartbreak, hope, love and loss that speak to the heart of our country.


From the loneliness and isolation of life on a military base to the challenge of writing to men facing unimaginable horrors ? and to the Choir that gave them comfort, solace and and friendship in the darkest of times ? these are true, affecting and inspiring accounts straight from the wives themselves.

Platinum title
? Gareth Malone's choir of Military Wives is a British phenomenon. 2.65 million viewers tuned in to watch them on BBC2; their first single ?Wherever You Are? was Christmas Number 1 in the UK (selling 556,000 copies in its first week and becoming the fastest-selling UK single in 6 years), while their recently-released album, ?In My Dreams?, rocketed up the charts to the Number 1 spot. The Wives are well on their way to becoming a national institution.


? Media interest in the Wives is already substantial, with widespread coverage providing a strong platform for sales. They will fully promote the book, both pre-pub and on publication.


? Wherever You Are comes after the recent successes of other military books (Jeremy Clarkson's Real Heroes series achieved combined sales of 82k), while the unrest in Afghanistan, Libya and Egypt ensures that the subject has constant media coverage and remains at the forefront of the public consciousness.


? This is a highly moving and inspirational collection of stories from women of all ages and backgrounds, making it the ideal gift for Christmas as well as a fantastic self-purchase.