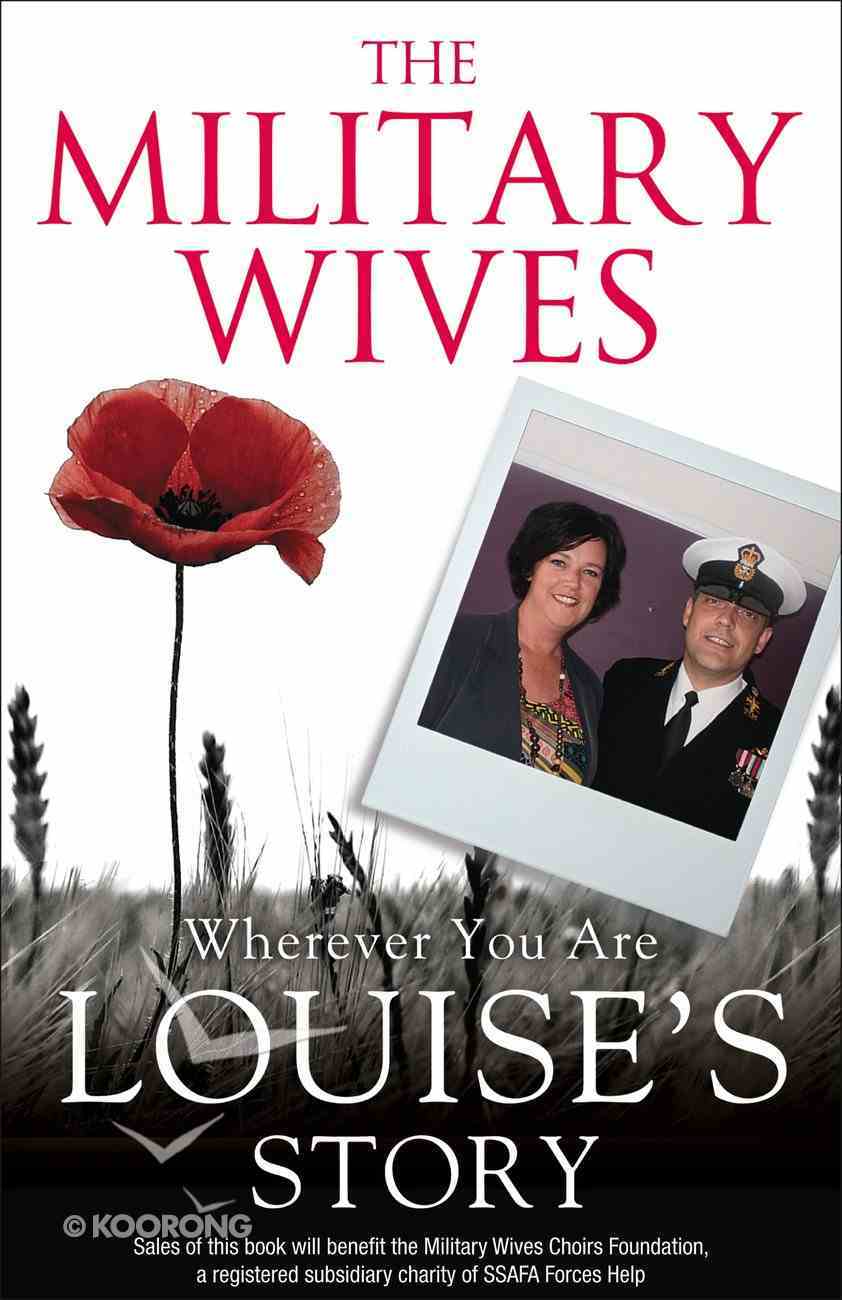 This is Louise's story, one of four individual journeys taken from Wherever You Are by The Military Wives. Louise Baines always said she would never marry into the military. She was working behind a bar when Charlie Baines, a...

This is Louise's story, one of four individual journeys taken from Wherever You Are by The Military Wives.


Louise Baines always said she would never marry into the military. She was working behind a bar when Charlie Baines, a submariner, introduced himself ? but within a few months they had moved in together, bought a house, and tied the knot.


She knew being married to a submariner was never going to be easy, but with young children and a husband absent for months at a time, away from all forms of communication and risking his life, coping alone was harder than Louise had ever imagined.


When she heard that Gareth Malone had started a choir in Plymouth, she thought she?d go along. Surrounded by friends and singing her heart out, Louise was soon aware that this was no ordinary choir?


Through the choir, life soon became a whirlwind. Mere months later, they would have met Gareth Malone, performed for the Queen, recorded a bestselling album and achieved a Christmas number 1. But much more than this: Louise had a support network that meant she would never have to cope alone again.


This is one woman's true story of heartbreak and hope, and of how the choir changed everything.

Rock, the Road, and the Rabbi, the: My Journey Into the Heart of Scriptural Faith and the Land Where It All Began
Kathie Lee Gifford, Rabbi Jason Sobel
Paperback