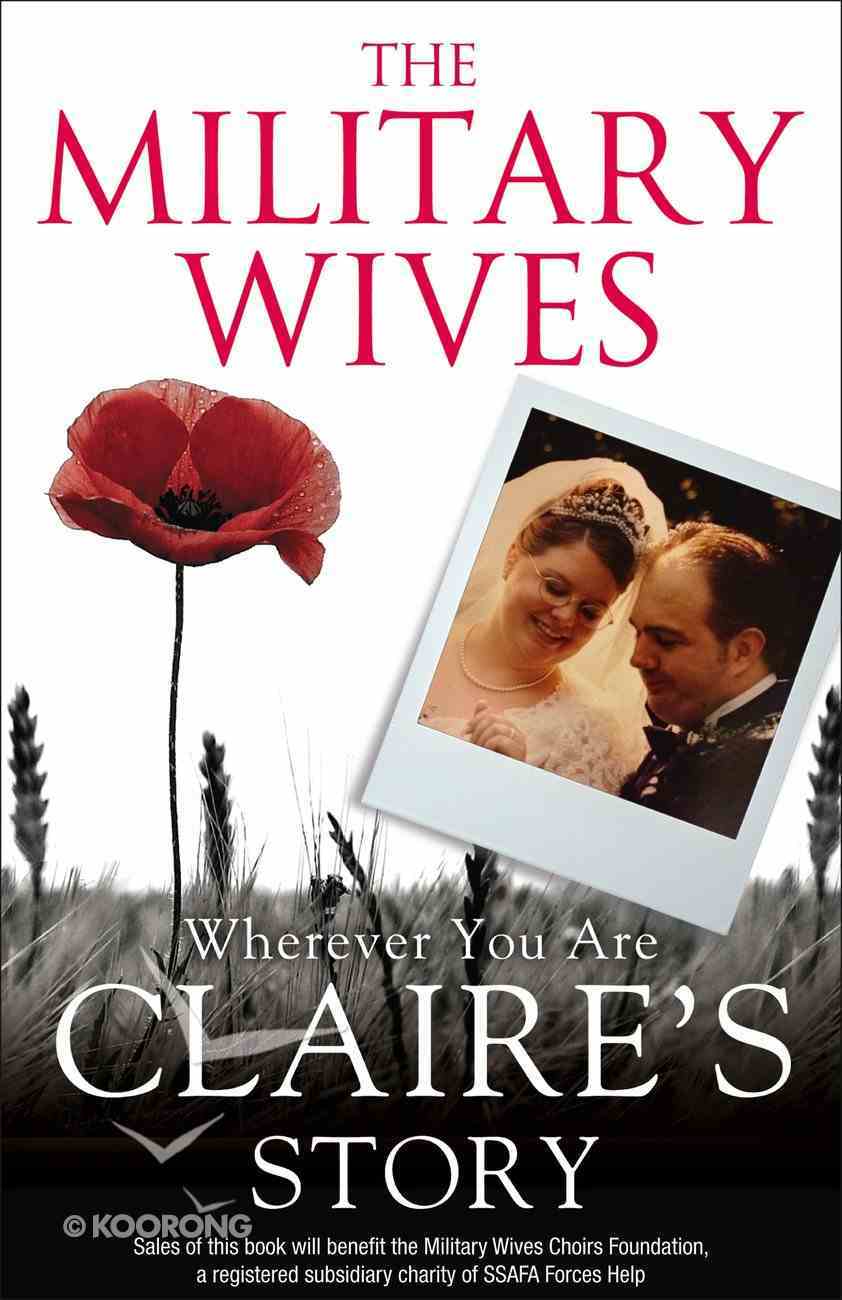 This is Claire's story, one of four individual journeys taken from Wherever You Are by The Military Wives. Claire Balneaves never thought she?d end up as a military wife. But when she met a young medical assistant, Dave Balneaves,...

This is Claire's story, one of four individual journeys taken from Wherever You Are by The Military Wives.


Claire Balneaves never thought she?d end up as a military wife. But when she met a young medical assistant, Dave Balneaves, at a naval hospital, everything changed. Before long Claire and Dave had tied the knot and moved into married quarters ? and Claire began to settle into the unique life of a military wife. Moving from house to house, from country to country, often solitary ? in many ways Claire lived as a single mother. When family and medical difficulties cast a cloud over her personal life, Claire had no one to turn to.


But from the moment she joined a nascent choir of military wives, that changed: wives with similar stories came together to sing, and there they found solace and strength. They found each other.


Mere months later, the Military Wives choir would have met Gareth Malone, performed for the Queen, recorded a bestselling album and achieved a Christmas number 1.


This is one woman's true story of heartbreak and hope, and of how the choir changed the course of her life.