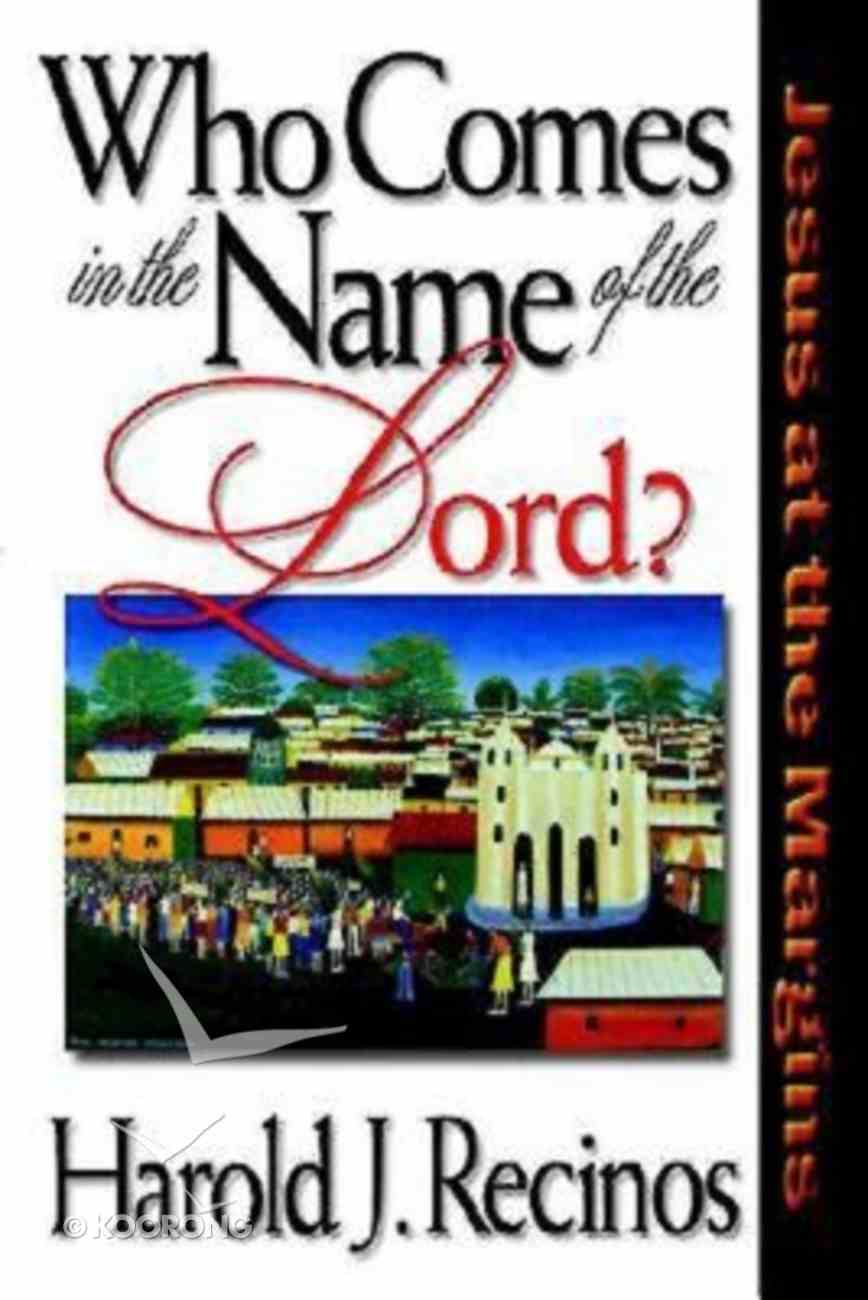 Who Comes in the Name of the Lord?

The Evangelistic Love of God and Neighbor
Scott Jones
Paperback

In Who Comes in the Name of the Lord?, Harold J. Recinos advances the thesis that God has already prepared a future for mainline churches in Christ at the margins of society. That margin is the barrio -- a contemporary Nazareth -- judged by society as inferior, worthless, and productive of nothing good.


Drawing on the biblical witness, Recinos develops a perspective that shows that God identifies with those who are poor, marginal, weak, and lowly in society. God's option for the lowly, he asserts, takes the form of incarnation in Jesus of Nazareth. God-in-Jesus is enfleshed in the history of an unimportant place known as Nazareth of Galilee. Nazareth, an inferior and worthless place, supports God on its barrio streets. Far from the Temple, on the town roads and with fisher-folk, Jesus first reveals in a fresh way the God of the poor and lowly.


The cultural role of mainline Christians, argues Recinos, is not to be guardians of society; rather, mainline Christians and their churches are to shape and amend their culture in response to the work of God in human history. That work is imaged by feasting with the uninvited people who are kept isolated from mainstream society, yet presuppose the reality of God. Thus, Recinos argues for a missional ecclesiology suggesting that local congregations are instruments of a sacred love that renews the world of uninvited guests and forgotten people. The true church, he says, does not meet the anguished cry of people at the margins of life with silence but with dikaioma ("a just action") which assures shalom. The author then suggests several ways the local church can announce the reign of God and peace with justice, beginning in the barrio.


"Once again, Harold Recinos opens up the gospel for us from the perspective of the barrio, and in particular of those recent immigrants who have arrived at the barrio as refugees from situations of unspeakable violence and dehumanization. This is a hard-hitting book about a hard-hitting Jesus. Not recommended for those who are looking for a soft, other-worldly word of inspiration. But certainly required reading for any who wish to be faithful to Jesus in our contemporary society!" --Justo L. González

Harold J. Recinos is Professor of Church and Society at Perkins School of Theology, Southern Methodist University, in Dallas, Texas. He is the author of a number of books including "Hear the Cry! A Latino Pastor Challenges the Church".