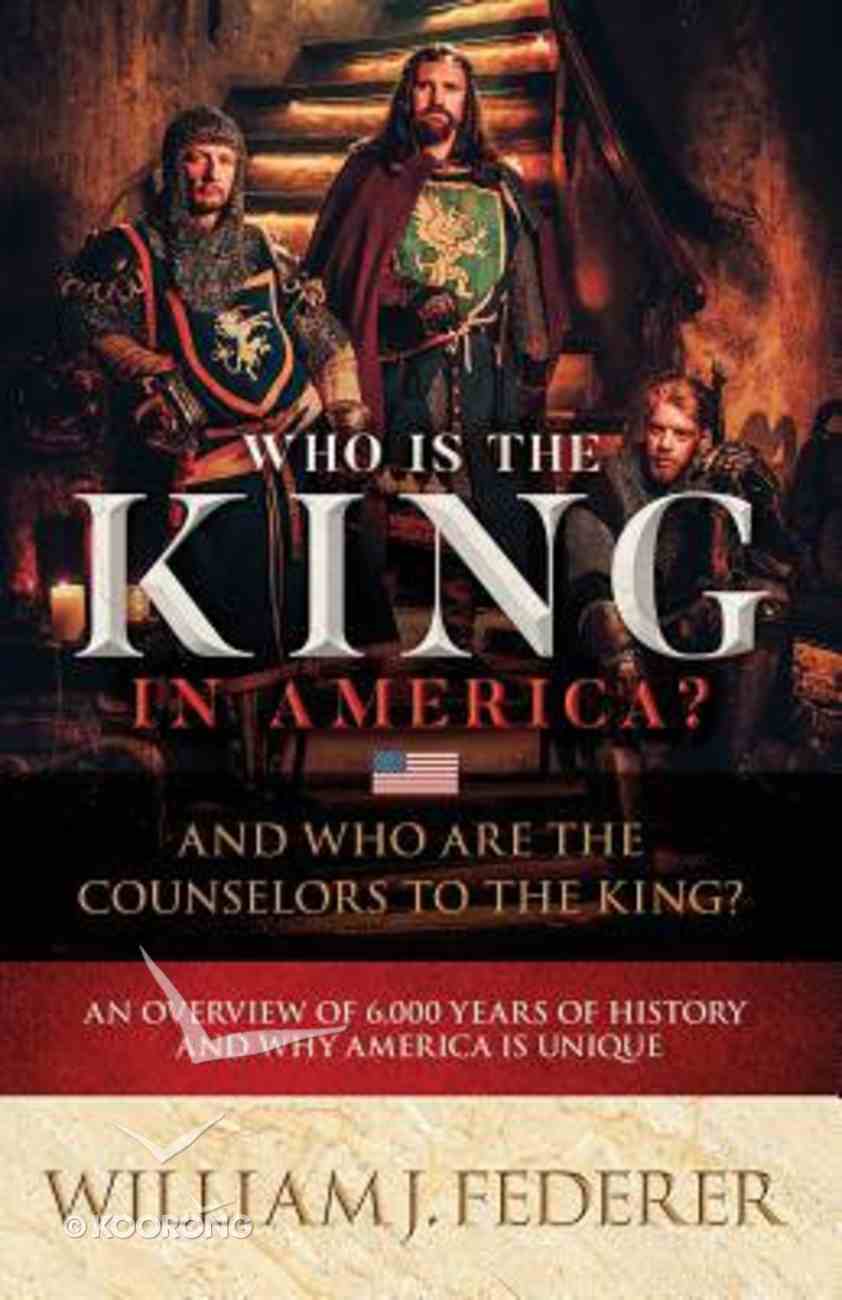 Who is the King in America? and Who Are the Counselors to the King?: An Overview of 6,000 Years of History & Why America is Unique

From the invention of writing c. 3,300 BC, the world has mostly been ruled by kings. Though called different names: Pharaohs, Chieftains, Emperors, Caesars, Sultans, Khans, Maharajas, Monarchs, & Dictators, they act the same. Power, like gravity, concentrates into the...

Our Most Priceless Heritage: The Lasting Legacy of the Scots-Irish in America
Billy Kennedy
eBook

A Sense of the Heart
Bill J Leonard
eBook

From the invention of writing c. 3,300 BC, the world has mostly been ruled by kings. Though called different names: Pharaohs, Chieftains, Emperors, Caesars, Sultans, Khans, Maharajas, Monarchs, & Dictators, they act the same. Power, like gravity, concentrates into the hand of one person who rewards friends and punishes enemies. Socialist & Communist countries, too, though professing equality, inevitably are run by dictators. The most powerful king on the planet was the King of England. When Americans got the chance, they set up a government as far from a king as possible. A "republic" is where the people are king ruling through representatives. The Constitution is essentially a collection of hurdles to prevent power from snapping back to a king. Where did founders get their ideas? England's Magna Carta; Roman Republic; Athenian Democracy; and ultimately, Ancient Israel. Israel's initial 400 years out of Egypt was the first well-recorded instance of a nation ruled without a king. Did this influence colonial pastors who founded New England? What is needed for a nation to function without a king? Is the God of Bible an integral part? What is the difference between a democracy and a republic. How do they rise & fall? Did political activists develop tactics to help them fall: Machiavelli, Robespierre, Hegel, Marx, & Alinsky? Are these tactics being used in America today? -Identify racial & class fault lines running through society. -Fan real or perceived injustices into flames, creating tension & unrest. -When domestic violence erupts, everyone is so desperate to have order restored they relinquish freedoms to the state. 45 countries fell to communist dictators this way. How is domestic unrest created? With agitators, labor organizers, community organizers, agent provocateurs. Political advisor David Axelrod explained in a NPR interview, April 19, 2010: "In Chicago, there was an old tradition of throwing a brick through your own campaign office window, and then calling a press conference to say that you've been attacked." Stalin stated: "Crisis alone permitted the authorities to demand - and obtain - total submission and all necessary sacrifices from its citizens." Discover keys to preserving America's republic!
-Publisher